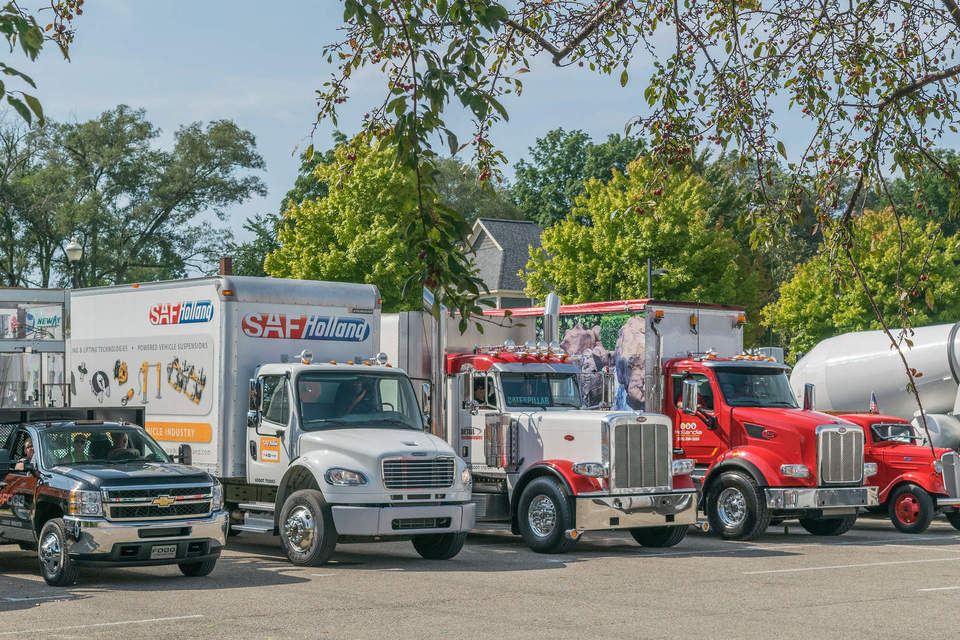 Not enough masks and ventilators in one COVID-19 country hotspot. A lack of testing kits in another. Toilet paper, baby wipes, milk and eggs emptied off the shelves a month later in others.

The dramatic and rolling emergence of the COVID-19 pandemic in countries across the globe is not just a health and financial crisis. It’s a logistics stutter step of roaring surges and cratering drops in both the demand and supply of certain goods at certain times — affecting grocery stores, hospitals, restaurants, manufacturers, retailers and, ultimately, consumers.

One tool that can help with some of these logistics problems is freight analytics. A new class of digital shipping startups have built smart analytics that use machine learning and cloud-based apps that truck drivers or container ship operators can access on their smartphones. These companies can move quickly and strategically to get in-demand goods to where they’re needed across alternative routes.

Last week, I tuned into an online conversation (aren’t they all these days?) looking at the future of tech-enabled freight with the leaders of startups Flexport, FLEXE and Convoy. These tech companies can tap into their networks connecting shippers, carriers and distribution centers and, in particular, using smaller or alternative organizations such as independent truckers or premium ocean liners.

There have generally been three waves of logistics problems that have emerged alongside COVID-19, said the execs. First, earlier this year many companies had their supply chains disrupted by Chinese factories that temporarily closed due to the first wave of the novel coronavirus. Affected companies scrambled to try to find alternative suppliers outside of China. Today many Chinese factories have started to come back online, although production is about half the level of what it was, said the execs.

The second logistics problem came from retailers such as grocery stores that were seeing intense spikes in sales of “consumables” such as food. There has also been an unprecedented spike in some consumer stored goods such as bottled water, baby wipes and canned food. Flexport CEO Ryan Petersen said his company chartered a 747 plane for a customer that makes baby wipes, one which had never used air freight before. The biggest spike in activity Petersen said he’s seen has been with moving bottled water from manufacturers directly to retailers.

With so many companies sourcing in-need items from new places, the need for smarter logistics over the coming weeks and months will just continue to grow.

Finally, in the past week, there has been a new problem of healthcare workers needing an unprecedented amount of medical supplies such as masks, gloves, testing kits and ventilators from the companies that make them. FLEXE CEO and co-founder Karl Siebrecht said that in the past week his company has been contacted by medical supply companies trying to get goods to hospitals, and FLEXE has been able to swiftly “turn on” warehouse space to store medical equipment in hotspots.

Flexport, through its non-profit arm Flexport.org, has taken the call for medical supplies to another level. Last weekend, Petersen was able to buy and ship (with additional funding from Y Combinator founder Paul Graham) $1.4 million worth of medical supplies to San Francisco’s Department of Public Health through its shipping network in China. The goods delivered include 60,000 surgical masks, 34,000 gloves, 2,000 surgical gowns and 50 thermometers.

However, not all of the world’s and America’s needed goods, particularly the medical supplies, can be located and moved quickly enough to combat the spread of the virus that causes COVID-19. That’s where some alternative manufacturing work also recently has emerged.

BYD, the world’s largest electric car maker, swiftly has morphed into also operating the world’s largest mask and disinfectant factory in Shenzen, China. General Motors and Ford have been talking to the White House about making medical equipment. Other companies also looking to make and ship medical supplies include Hanes and Anheuser-Busch; Apple has been working on sourcing and shipping medical supplies.

Tesla CEO Elon Musk tweeted that Tesla and SpaceX are “working on” making ventilators, too, and told this website that they’ve made 250,000 N95 masks and will have 1,000 ventilators soon. UCLA Health confirmed on Twitter that it got a shipment of supplies from Tesla.

Some groups, such as the New York Police Department, are making their own disinfectant as commercial sanitizer has been in short supply.

With so many companies sourcing in-need items from new places, the need for smarter logistics over the coming weeks and months will continue to grow.

Another upside of more efficient, analytics-driven logistics is oftentimes they can offer more sustainable shipping solutions. For example, startup Convoy says it can reduce “empty miles,” or basically trucks driving supply routes with light or even no loads, by between 19 percent to 35 percent. Convoy has been working with beverage company Anheuser-Busch, water company Waiākea and pallet and container company CHEP to reduce carbon emissions from shipping.

Tech-enabled smarter logistics will be able to save lives in this COVID-19 crisis. It also will help with the coming climate crisis, which is just on our horizon.

US Air Force could deploy freighters to fly truckloads of vaccine