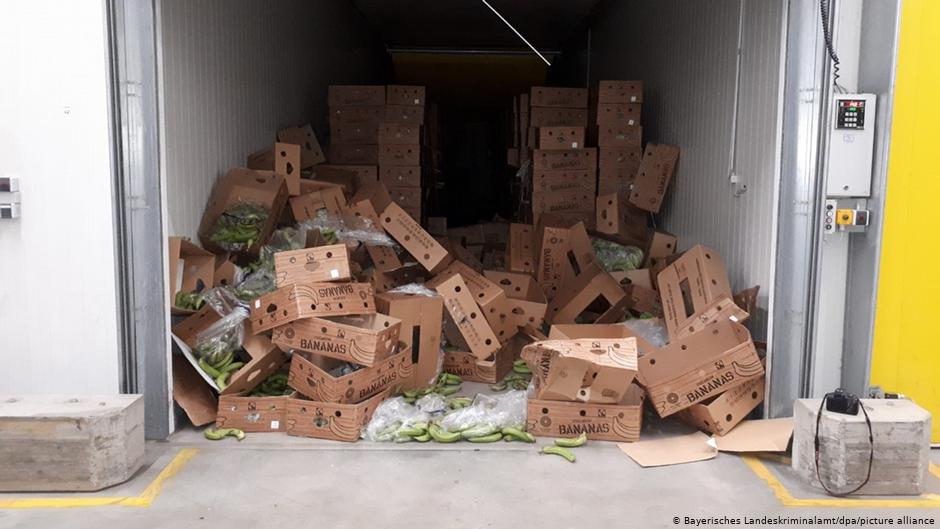 A regional court in the Bavarian town of Memmingen on Monday sentenced six men to jail terms of up to 7 years, after police sprang a trap on the gang.

The group was caught in December 2019, after three of them broke into a fruit wholesaler in the town of Neu-Ulm.

They then forced their way into a banana ripening facility on the premises, while four other members waited with bags to take the cache — weighing about half a metric ton — with them.

The court heard that the men, aged between 24 and 39, were trying to retrieve drugs with a street value of at least €50 million ($59.1 million) and deliver them on to the individuals who organized the importation of the haul.

However, their scheme was doomed to failure after an employee carrying out quality control checks on a truck delivery spotted suspicious packages. The worker then alerted police.

Members of a Bavarian police special unit lay in wait as the crime unfolded. The men searched specifically for the illicit cargo, the court heard, and they put the loaded bags into car. The actual cocaine had already been substituted with dummy packages.

Read more: Was ‘IS’ trying to sell €1 billion worth of drugs in Europe?

Police arrested six of the men at or near the scene. One other was able to escape.

Local news website all-in.de reported that the cocaine, which had come from Ecuador, was to be taken to a temporary storage facility, from where it would be resold to a middleman.

No clue about instigators

The defendants admitted to their involvement in court, but the precise origin of the cocaine, as well as its destination and intended recipients remained unclear as sentencing was passed.

“The instigators are to be found somewhere else,” said presiding judge Christian Liebhart.

The court was told that five of the men came from Albania, while the other was of Romanian nationality. The court heard they had traveled to Germany specifically to carry out the operation and would have returned to their countries afterwards had they not been caught.

Two of the men were given 7-year sentences because of previous convictions, while the other four received terms of 6 years.

Ahead of the trial, prosecutors said the “excellent quality” of the narcotics meant that they could have been sold for many times their street value based purely on weight.

To comply with coronavirus measures, part of Memmingen town hall had to be converted into a courtroom to accommodate the number of defendants, lawyers and translators involved in the case.

Meat and dairy distribution set for Thursday in Coatesville | News