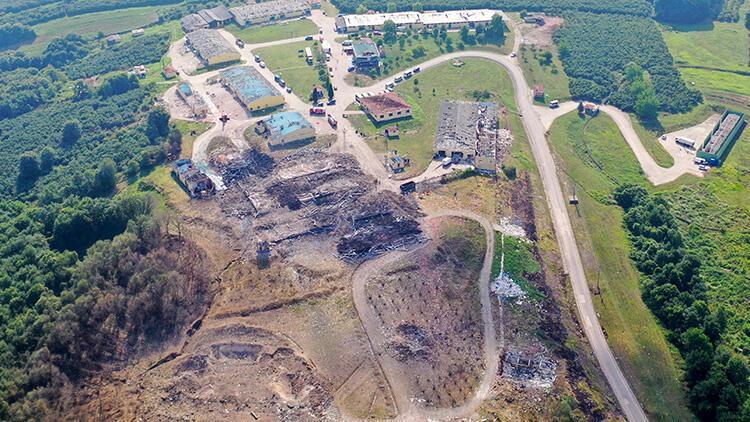 A local court has handed out prison sentences to owners and executives of a fireworks factory over a 2020 explosion that killed seven people and wounded 127 others in the northwestern province of Sakarya’s Hendek district.

Factory owners Yaşar Coşkun and Ali Rıza Ergenç Coşkun were sentenced to 16 years and three months each and Hasan Ali Velioğlu for 12 years and six months in prison on charges of “causing the death and injury of more than one person through conscious negligence.”

Considering the time he spent in prison, the court decided to release Velioğlu, but four factory managers with pending trials were sentenced to six years and eight months in prison each.

The families of victims and their lawyers have slammed the court’s decision in a press statement they made in front of the courthouse following the hearing.

The blast had razed the factory to the ground, and it took days to clear the highly explosive material that scattered across a large area after the explosion.

Three soldiers were also killed about a week after the explosion as they were transporting explosives salvaged from the scene to a remote area for controlled demolition.

Neighbors sour over closing of historic Mars Wrigley factory: ‘It was divine’