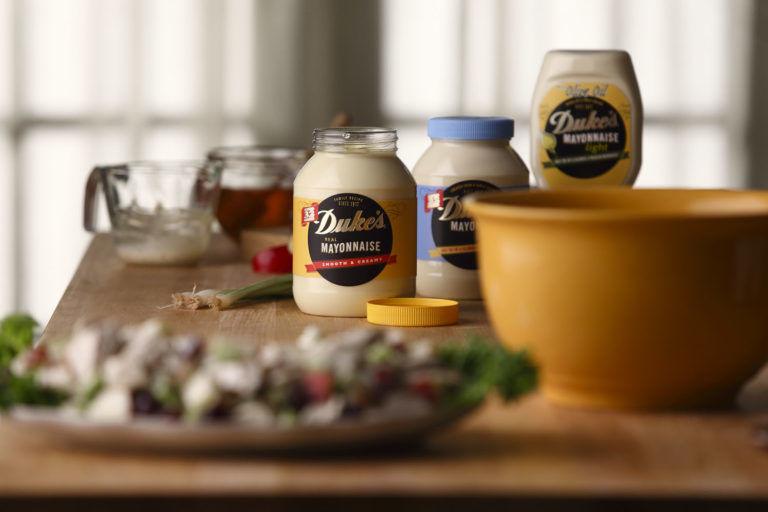 A famed insurance company and a global shipping firm are going to court to determine who’s responsible for ruining thousands of packages of South Carolina-made Duke’s mayonnaise exported from the Port of Charleston.

Lloyd’s of London is suing Danzas Corp., a division of DHL Global Forwarding, claiming the freight forwarder failed to make sure a refrigerated cargo container with 20 pallets and 2,300 packages of Duke’s mayonnaise was set at the proper temperature before being sent to a supermarket chain in Chile, South America.

Lloyd’s of London paid a claim for the spoiled sandwich spread — minus a $5,000 deductible — and is now seeking reimbursement from Danzas, which arranged the mayonnaise shipment aboard a Maersk container ship in late 2018. Lloyd’s says Danzas told Maersk subsidiary Sealand to ship the condiment at the wrong temperature. Danzas says Sealand was responsible for making sure the container was kept at the right temperature.

A bench trial to decide the matter is scheduled for next month in Miami’s federal court.

We’re starting a weekly newsletter about the business stories that are shaping Charleston and South Carolina. Get ahead with us – it’s free.

According to court documents, Lloyd’s issued an insurance policy covering the shipment to a group of affiliated South American companies which bought the southern sandwich staple from mayonnaise maker C.F. Sauer in Greenville, which has since been acquired by Falfurrias Capital Partners of Charlotte. Danzas was hired to move the mayonnaise from the Upstate to Charleston. The State Ports Authority weighed the container when it arrived at the port and issued a carrier interchange ticket noting the temperature was set at negative-18.3 degrees Celsius.

The company that hired Danzas received a copy of the bill of lading and, after noticing the wrong temperature setting, notified Danzas, which said it confirmed the correct temperature with Sealand. Danzas then provided a new bill of lading showing the proper 18.3 degree setting. The temperature was never corrected, however, and the container full of Duke’s was inedible upon its arrival in Chile.

A judge will determine whether Danzas is “liable as a freight forwarder for loss or damage of goods,” court records show.

Even if it is liable Danzas says the transaction was bound by DHL Global Forwarding’s terms and conditions, which were referenced on emails the company sent to the mayonnaise buyer. Those terms and conditions limit Danzas’ damages to a maximum of $50 per shipment.

Study evaluates effectiveness of vaccine distribution, why older adults must be prioritized