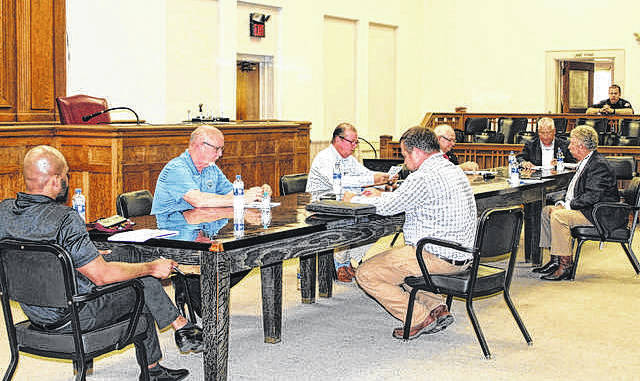 ROCKINGHAM — The first month of sales tax revenues since Richmond County changed to an ad valorem sales tax distribution method have been distributed, and the county has already received about one-third of the additional revenue it projected it would receive over the entire year.

The Richmond County Board of Commissioners voted in April to change the county’s sales tax distribution method from per capita to ad valorem. This means that each government entity, whether county or municipality, would now receive a share of the total sales tax revenues that is proportional to the property tax it levied in the previous fiscal year, rather than proportionate to each entity’s population. The ad valorem method is typically advantageous to counties because they tend to have large industries on their tax books.

County Manager Bryan Land told the Board of Commissioners prior to their vote that changing to ad valorem would increase the county’s sales tax revenue by an estimated $675,000 annually, or 10%. In May 2020 alone (which represents taxes received from April 2020 sales transactions), the county received $260,295.80 more than it received in March 2020 — the last month of data available when revenues were still being distributed based on per capita — according to the North Carolina Department of Revenue.

This is 38.6% of the total amount of additional revenue Land said the county would receive for the entire year, meaning the total increase the county will see this fiscal year will far exceed the $675,000 increase that the commissioners based their votes on.

These extra funds for the county come directly out of the shares for the six municipalities. The decision forced Rockingham and Hamlet, for example, to increase their tax rate by $0.10 going into the 2020-2021 fiscal year. The municipalities received no prior notice that this decision was being considered.

Land did not respond to multiple emailed requests for comment Thursday and Friday on why the county’s projection of the benefits they would see from a change to ad valorem were so low. He also did not respond to a question of whether his projections for how much additional sales tax revenue the county would receive this fiscal year had changed.

“Up until now the commissioners have had the luxury of hiding behind their inaccurate projections and refusing to be held accountable for their calculations and projections because they adopted a ‘wait and see what the numbers look like’ attitude,” Crump said in an email. “Any hope that the commissioners had that their sales tax projections would be proven to be accurate is now gone. The wait and see is over, the results are in.”

13 things every poultry farmer can do to save energy