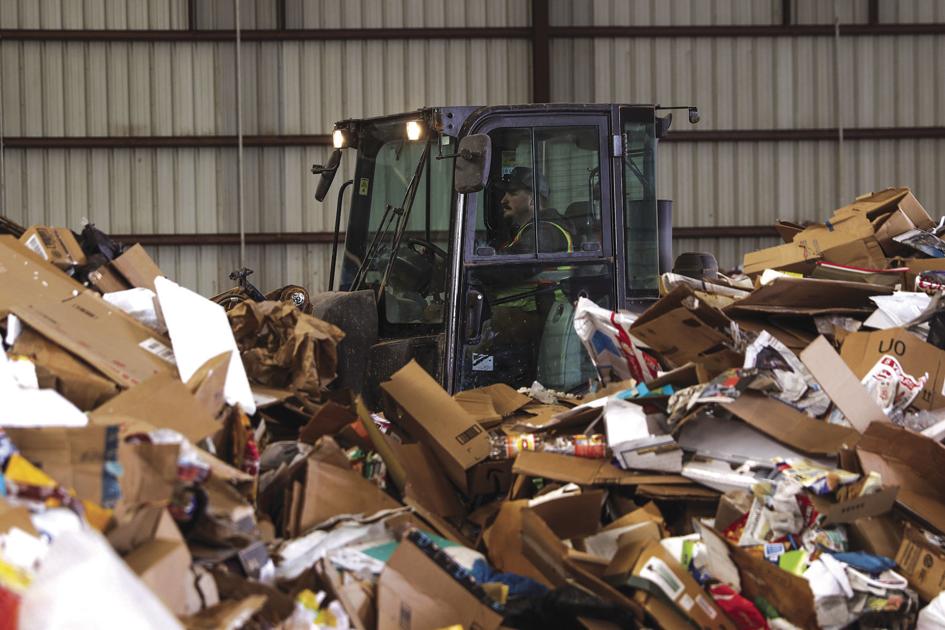 Laramie’s recycling program is faring better than many other cities around the state or country, but the City Council still faces a decision as to whether the escalating costs are worth the planet and landfill-saving efforts.

The council discussed the state of the city’s recycling program and potential ways to cut costs — including increasing education efforts and ceasing to accept plastics no. 3-7 — during a work session Tuesday.

Recycling is a major city operation, with over 21.5 million pounds of material diverted from the landfill in the last eight years.

The program includes the state’s first electronic recycling program introduced in 2007 as well as a successful composting campaign using material from the city’s Wastewater Treatment Plant.

The single-stream recycling program — where residents collect plastics, cardboard and aluminum cans in one bin picked up by the city every other week — is a different matter.

Changes in the market, especially for plastics, and escalating contamination costs have made the effort more expensive in 2019 than any other year, with a contract price of over $130,000. The next highest year was 2014, with a contract at over $94,000.

That contract cost doesn’t include trucks, transportation, fuel, staffing or other outside costs.

The materials in the residential bins — along with collections from businesses and the University of Wyoming — go to the landfill’s Balor Building, where they’re lightly sorted to remove large items, like large plastic bags and branches, that can’t be recycled, referred to as contamination.

Once the baler compacts the recycled material into cubes, they’re transported to Denver for further processing by Waste Management. The solid waste giant’s Denver facility recently went through a $16.5 million upgrade, allowing it to better sort and eliminate additional contamination, which is non-recyclable material.

Recycling costs with WM have fluctuated in previous years, in part due to milestones such as the city paying off the building lease through WM in 2017 and the city buying its own baler in 2012 instead of renting a compactor through WM.

Excessive contamination, however, has added $5 per ton to the city’s bill, which contributes to the current $40 per ton price tag.

Solid Waste manager J.R. Slingerland said contamination can range from large electronics, branches and even dirty diapers thrown in the recycling bins. Laramie’s contamination rate is around 9% but tends to fluctuate; in Sept. 2015, it was over 30%.

Councilman Paul Weaver pointed out the costs of recycling don’t consider the savings from keeping the material out of the city’s landfill, which can cost millions to expand as the cells fill up.

“As we extend the lives of those cells out there in our landfill, that also has a fiscal impact on the city and it has an impact on the ratepayer,” Weaver said. “When we talk about this, I think If we don’t consider that piece of discussion and only look at what we’re paying for the recycling program, we’re not looking at the whole cost piece here.”

Webb said the single-stream recycling program extends the life of the landfill by roughly two months per year of recycling.

Slingerland reminded the council the city is faring much better than other markets in the state and even nationwide.

Beyond contamination, market changes have changed the conversation about recycling worldwide. China, formerly one of the largest markets for America’s recyclable plastics, refused to import any more foreign recyclables in January 2018, which left the U.S. markets reeling.

The market’s recovery has been slow. Slingerland said other recycling programs, “in Wyoming especially, are in worse situations than we are.”

Many of them, he said, are reducing the materials they accept, including no longer accepting plastics no. 3-7. The market for those plastics, which includes materials like thin plastic bags and Styrofoam, is in the worst shape.

Currently, the city’s 3-7s are being stored on-site at Waste Management’s Denver facility, hoping for the market to improve.

Ellie Reynolds, public sector solutions manager for Colorado and Wyoming with WM, told the council that stockpile is likely going to be around for a while because right now, it’s currently “cheaper for companies to buy virgin petroleum materials than it is to use recycled ones.”

She added the market isn’t likely to change anytime soon, either. Even if the market did improve quickly, the current stockpile would keep prices low for the foreseeable future.

“We would say it’s probably most cost-effective for you all to continue the program without 3-7s,” Reynolds said.

The city’s recycling contract is up for renewal this year. Reynolds said Waste Management is proposing a Value Share model, where the market’s ups and downs benefit and concern both the city and the company. Extra education materials will also be available with the potential new contract.

Regardless of the potential cost-saving measures the council may consider — including additional public education campaigns about reducing contamination and potentially ceasing to accept plastics 3-7 — many council members agreed the program is worth a little extra cost.

“I think it’s our responsibility as we work with our community, to realize that to do the right thing maybe a little bit more expensive,” said Mayor Joe Shumway. “Even if it is, we need to make those tough decisions, and that is: Do we continue to be responsible, to recycle? Or do we just try to do the lowest cost and just bury everything — which, personally, I’m opposed to. I want to recycle but I want to make sure we do everything we can to make it as reasonable as we possibly can.”

US housing starts spikes to 13-year-peak; factory activity ticks up

Slovenia the only EU Member State with only first-instance legal protection in public procurement procedures? Not any more