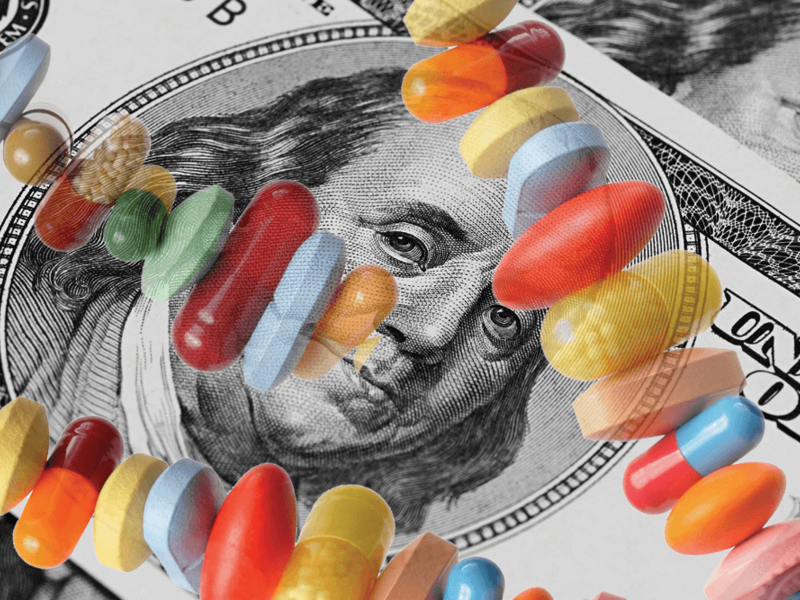 The Indian government may hold 26 pharmaceutical ingredients and drugs made from them amid supply concerns stemming from the coronavirus, stretching an already fragile pharmaceutical supply chain.

The spread of COVID-19, which is the disease caused by the most recently discovered coronavirus that’s similar to SARS and MERS, has slowed business in China. The Indian government has preemptively restricted the exports of a range of pharmaceuticals and their ingredients, some of which are used in widely used antibiotics, to protect its domestic supply.

Much of the world’s supply of generic drugs comes from India, which relies heavily on China for their active pharmaceutical ingredients. While many health systems have yet to experience any related drug shortages and many generic drug suppliers have three to 12 months of API stocked, executives are increasingly concerned by the opaque system that is dependent on foreign countries.

“It is not a crisis yet, but it has the potential to have a significant impact,” said Scott Knoer, chief pharmacy officer at Cleveland Clinic. It is difficult to quantify with the limited data and oversight, he added.

“That goes against the message sent by the Indian industry for years, which is that we are the medicine cabinet of the world,” he said.

No one is more reliant on China’s pharmaceutical ingredients than India, said Piervincenzi, who is working with USP employees in India and China.

“The actual shortages in India do not seem substantial. They still have enough stock to do the vast majority of their work, but they are all very worried about the supply chain,” he said. “Worry itself can lead to behavioral changes and risk.”

Several of the ingredients listed, including the antibiotics erythromycin and metronidazole as well as the antiviral drug acyclovir, are used to make sterile injectables that have endured shortages for years.

Most shortages stem from quality issues at manufacturing facilities, as well as from manufacturers that opt to make more profitable drugs. This has resulted in more than 200 current drug shortages—according to the American Society of Health-System Pharmacists’ list—that continue to jeopardize patient care and inflate healthcare costs.

Another issue is a lack of data. While drug manufacturers must relay any potential disruptions to their suppliers to the Food and Drug Administration, the same requirement does not to extend to FDA-registered API facilities. This is where Sens. Susan Collins (R-Maine) and Tina Smith’s (D-Minn.) Mitigation Emergency Drug Shortages Act would help, experts said.

The bill would require API manufacturers to report supply vulnerabilities, contingency plans as well as the cause, scope, impact and expected duration of shortages. It would also require studies on drug shortages’ impact on national security and encourage domestic manufacturing of pharmaceutical ingredients and finished products, among other mandates.

“The industry is allowed to keep everything secret—name of the company, place of factory, list of drugs made at that factory,” said Erin Fox, a drug shortage expert and senior director of drug information and support services at University of Utah Health.

She noted the most recent instance of a drug company preventing the FDA from stating which product was short related to COVID-19 due to “confidential commercial information.”

“This lack of transparency is irresponsible and can only lead to fear and panic,” Fox said.

Some manufacturers are diversifying their API sources, which is promising, said Michael Ganio, director of pharmacy practice and quality at ASHP. Sanofi, for instance, is sourcing some of its drug ingredients from France. Others are finding sources outside of China, he said.

“We would like to see more of that to get more resiliency into the pharmaceutical supply chain,” Ganio said.

The FDA should funnel more resources to its pre-approval process so it can send more field inspectors to China to get more facilities up and running, said Marc Scheineson, an FDA lawyer at Alston & Bird and former FDA associate commissioner.

“There’s always a huge backlog in the U.S., India and China, and pre-approval inspections really are a bottleneck,” Scheineson said. “Getting more generic suppliers are important for drug pricing as well as to reduce shortages.”

More stakeholders are offering their input, USP’s Piervincenzi said. Some pharmacy chains have asked if they should be doing their own quality testing, he said.

“It seems like this may be a tipping point,” Piervincenzi said. “Major participants in the supply chain that haven’t actively played a role in risk mitigation and quality are starting to ask questions.”

The entire supply chain have to take a more global view of quality standards, Piervincenzi added.

Sanford hasn’t experienced any COVID-19-related drug shortages yet, but it continues to monitor up to 70 drugs that are in short supply or vulnerable, he said. In the meantime, some of the old API-manufacturing technology needs to be updated and funding should be directed to research domestic API production, Breidenbach said.

“It’s scary how much of our generic-drug supply hinges on China and how limited the data is on manufacturing sourced from overseas,” he said. “All roads from generic medications seem to lead back to China, and issues like the coronavirus are not putting us in a good situation.”

Critical medicines like injectable pain medication, local anesthetics, electrolytes and antibiotics are at risk. Shortages could put patients in harm’s way and drive up costs, he said.

“It is very important for the U.S. to become less reliant on China and more self-sustaining,” Breidenbach said.