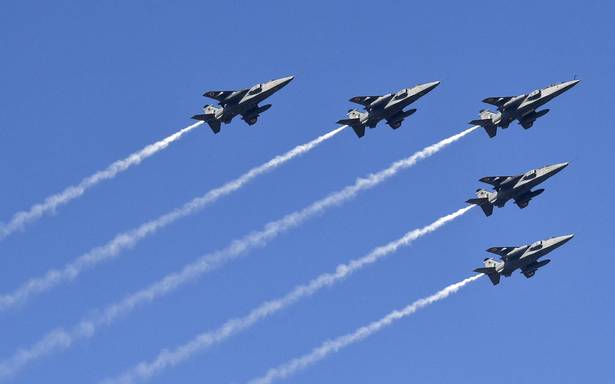 The government would make a separate budgetary provision for domestic defence procurements and bring out a negative import list for weapons and military platforms, Finance Minister Nirmala Sitharaman announced on Saturday as part of efforts to promote indigenous manufacturing and reduce the defence import bill.

“We shall notify list of weapons and platforms not allowed for import. They will have to be bought in India. Every year, this list will be increased as the capacity to make weapons that meet the necessary standards grows. Indigenisation of some imported spares will also be given priority,” she said while stressing that Make in India was absolutely necessary for self-reliance, especially in critical sectors such as defence production.

While some of the state of the art weapons required by the Services would be met through imports, some that were produced in the country and met the standards have to be procured locally only. The negative list would be worked out in consultation with the Department of Military Affairs headed by the Chief of the Defence Staff.

The limit for Foreign Direct Investment (FDI) in defence through the automatic route had also been raised from 49% to 74%. Earlier, 100% FDI was allowed on a case by case basis.

However, two industry observers said the real impact of the increased FDI limit had to be analysed.

Ms. Sitharaman also announced a long pending proposal of corporatisation of the Ordnance Factory Board (OFB) for autonomy, efficiency and accountability. While clarifying that it would not be privatised, she said the ordnance factories would eventually be listed on the stock market to improve transparency.

Late last year, the Defence Ministry set up a high-level committee to examine the aspects of corporatisation of the OFB and work out the modalities. The Kolkata headquartered OFB, with 41 factories spread across the country, functions as a department under the Department of Defence Production.

The Finance Minister said a time-bound defence procurement process and faster decision-making would be brought in by setting up a Project Management Unit (PMU) to support contract management, “realistic setting” of General Staff Qualitative Requirements (GSQRs) of weapons and platforms and overhauling the trial and testing procedures.

Stressing on realistic GSQRs, Ms. Sitharaman said “sometimes unrealistic quality requirements are established” and quite a lot of time was spent on searching for suppliers who met all those requirements and the whole process repeated after a single vendor situation, which was not allowed.

Separately. a revision of the Defence Procurement Procedure (DPP) was on and a draft put in public domain for feedback before finalisation.

The Confederation of Indian Industry (CII) called the measures a much needed step for reducing imports and building self-reliance in defence.

“The stress laid on domestic manufacturing is very encouraging as India today is among the largest importers in the world of defence equipment. The list of non-importable items and corporatisation of OFB are some landmark steps and will boost the confidence of domestic manufacturers,” CII Director General Chandrajit Banerjee said in a statement.

The increase in FDI limit to 74% would attract foreign funds into this sector, along with technology infusion, he added.

Penny Stocks: 5 to Buy Under $5 That Deserve Your Attention

Fiji FA to provide $68,000 worth of groceries and monetary funding to affected soccer players