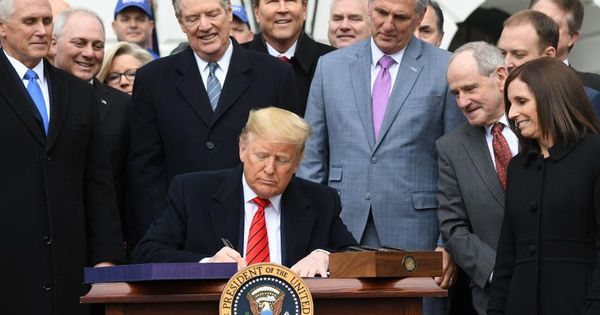 The coronavirus outbreak continues to jangle automotive supply chains around the world, but it’s only the latest of the forces that have been reshaping where cars get built and shipped over the last couple of years — and they mostly benefit the United States.

Indeed, of the major factors that are tending to move America’s way in terms of automotive production these days, the coronavirus — even if it spreads into a pandemic that curtails production of cars and parts in China for months — may end up ranking only No. 3 in importance.

The undisputed biggest factor is the effectiveness of the rhetorical bludgeoning of automakers by President Donald Trump over the last four years and his selective use of tariffs with Europe to reinforce his made-in-America policy priority.

“The president has achieved” his objective, said Clifford Sosnow, co-chair of the trade and investment group at Canadian law firm Fasken. “Say whatever you want about his politics and his personality and how he engages people — he was elected on the platform of ‘Make America Great Again.’ And what did that mean? For him that meant manufacturing and reclaiming America’s pride of place for manufacturing, where the president felt America had been hollowed out.”

Even companies that don’t cite Trump’s agitation are moving his way on the jobs question. “It’s just easier at the end of the day,” said Dan Sandberg, CEO of Brembo North America, the Italy-based brake manufacturer, which employs about 800 people in manufacturing operations in Homer, Michigan. “If you’re close to suppliers and they’re reasonably competitive, we think any difference in cost can be made up quickly by logistics and transportation advantages, and they’re front and center to you here in North America.”

Factor No. 2 in reshaping the automotive supply chain so far has been Congress’s approval of the U.S., Mexico, Canada Agreement that boosted U.S.-content requirements in cars sold in this country and guaranteed more hours by highly paid American auto workers will go into the vehicles.

While some independent estimates calculate that the administration prediction of $34 billion in new U.S. investment in automotive supply chains over the next five years may be overstated by as much as a factor of 12, the trend will be clear: U.S. auto production is expected to increase by more than seven percent over the next four years, according to the Center for Automotive Research (CAR), while Mexico output will be down by nearly four percent and Canadian output will decline by nearly 10 percent.

That is expected to be the case even while Mexico increasingly fills in for Chinese supply as a low-cost source of components for global auto manufacturers in the U.S. market. Seventy-five percent of automotive respondents to a recent survey by the Foley & Lardner law firm said that they have already moved or are moving operations from another country to Mexico.

And fortunately for American jobs, automaker CEOs have been making supply-chain decisions “not based on who the president is now or for the next one or five years,” said Kristin Dziczek, analyst for Ann Arbor, Michigan-based CAR. “but on what is the business case for the next 50 years.”

RV supply chain issues may be coming to an end