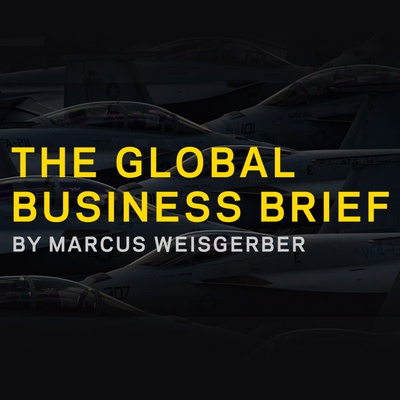 Two worlds are colliding in my inbox — much like the dichotomy of alerts on my mobile phone these days.

There is, of course, the steady stream of coronavirus-related messages on email and Twitter. At the same time, there are business-as-usual messages: “Defense Company X reaches a milestone on [insert program here]”. Or “Summer savings end tonight. Flights from $39” — gonna pass on that right now. On the cell phone, coronavirus is splitting time with NFL free agency signings and MLB season projections.

In conversations with Pentagon and industry officials — and I’ve had a lot of them — there’s a desire to keep talking to one another as we adjust to our “new normal.”

Even as health experts stress that we’re closer to the beginning of the U.S. outbreak than its end, and even as much of the news out of the national-security sphere concerns COVID-19, there are signs of normal defense-related activities mixed in.

Get The Global Business Brief in your inbox:

The must-read news, analysis and insights about the intersection of business and international security.

For instance, the Marine Corps made a huge announcement that it would shed all its Abrams tanks and other heavy weapons.

“By the year 2030, the Marine Corps will see complete divestments of law enforcement battalions, tank battalions and associated military occupational specialties, and all bridging companies,” says the Corps’ newly released Force Design 2030. “Additionally, the Corps will reduce the number of infantry battalions from 24 to 21; artillery cannon batteries from 21 to 5; amphibious vehicle companies from 6 to 4; and reduce tilt rotor, attack, and heavy lift squadrons.”

The Army awarded contracts for Bell and Sikorsky to build prototypes of what it’s calling the Future Attack Reconnaissance aircraft — a replacement for OH-58 Kiowa attack and reconnaissance helicopter and some Apache attack helicopters.

But companies are sending workers home — more on that below — and the Pentagon is bracing for weapons delays as coronavirus moves through the supply chain.

Expect it to continue in the coming weeks and months.

You’ve reached the Defense One Global Business Brief by Marcus Weisgerber. Today was supposed to be opening day. I suppose I’ll find a baseball game in the archive to watch later tonight. Send along your tips and feedback to [email protected] or @MarcusReports. Check out the Global Business Brief archive here, and tell your friends to subscribe!

Navy says it will “work out” the virus’ impact on projects with companies.

Companies in California have been struggling to navigate statewide orders to stay at home.

The coronavirus pandemic has made vetting foreign investment more important than ever, officials say.

The full breakdown is here, but here are some highlights:

And for the private sector: “The $500B Economic Stabilization Fund includes: direct lending specifically for passenger air carriers ($25B); cargo air carriers ($4B); and ‘businesses critical to maintaining national security’ ($17B),” Cowen & Company analyst Roman Schweizer wrote in a Thursday note to investors. Boeing’s bailout comes from that $17 billion figure.

Ellen Lord, defense undersecretary for acquisition and sustainment, said this week that her office is using a “heat map” that overlays defense COVID-19 hotspots, state and local shelter-in-place orders, and defense manufacturing hubs. Since we don’t have that map, we’ll start tracking supply chain disruptions within the aerospace and defense industry on our own here:

While those are the largest ones we know about right now, feel free to send us disruptions — small and large — that you’re tracking or worried about.

It happened during the 2008 financial crisis, and it could happen again, warns law firm Morrison & Foster. Hostile mergers and acquisitions spiked 54 percent back then. “We note in this regard that U.S. corporations may be more vulnerable to opportunistic hostile bids than at any time in recent history, with many companies having dismantled valuable takeover defenses over the last two decades,” the firm said. Pentagon officials are also keeping an eye on this too.

The National Defense Industrial Association is conducting a survey on behalf of the Pentagon’s Acquisition & Sustainment office to get a better understanding of the coronavirus impact on small businesses. “All information from the survey will remain confidential and anonymous; no comments will have individual attribution. Participation is voluntary, and respondents don’t need to answer any or all of the questions posed,” NDIA said in a statement. A link to the survey is here.

More than 3 million Americans filed for unemployment last week, the most ever recorded in a single week. While it’s no secret that retail, hospitality and airlines are being crushed orders to stay at home, the coronavirus-fueled economic downturn is putting more than 500,000 aerospace jobs at risk, Bob Martinez, international president of the International Association of Machinists and Aerospace Workers, wrote in a letter to lawmakers this week urging them to pass a relieve bill.

Using AI to Defeat the Coronavirus

Announced Thursday morning, a public-private partnership between C3.ai, Microsoft and six research universities is looking to advance artificial intelligence techniques that could mitigate coronavirus and other pandemics. “Up to $5.8 million in awards will be funded from this first call, ranging from $100,000 to $500,000 each. In addition to cash awards, C3.ai DTI recipients will be provided with significant cloud computing, supercomputing, data access, and AI software resources and technical support provided by Microsoft and C3.ai.” More details are here.

Here are some previously announced cancelations.

The young supply chain professional who balanced out a crisis