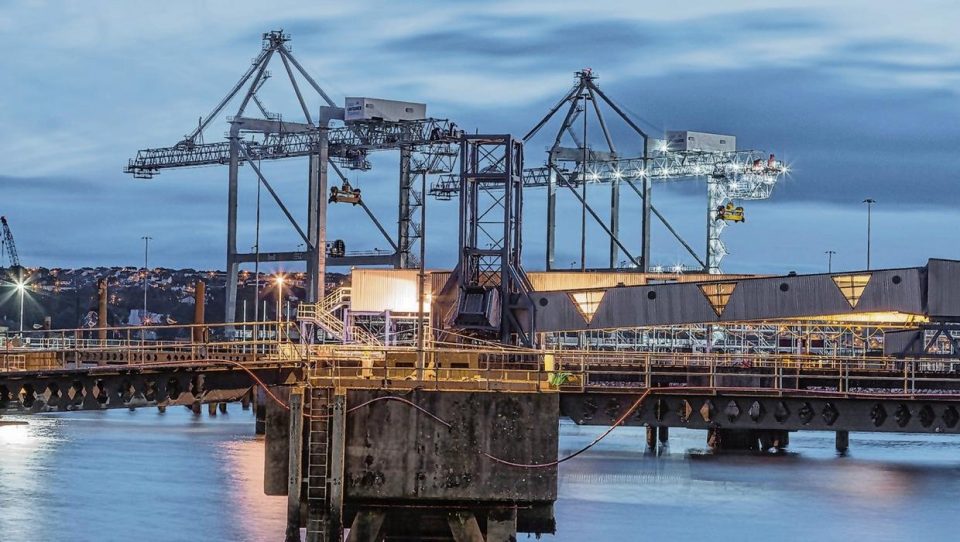 Exports of pharmaceuticals, dairy goods and drinks are reaching American markets at record speed by sea since the launch of Ireland’s first direct shipping cargo link to the US.

John Kirkland, managing director of Independent Container Line (ICL), confirmed it is winning business from other routes since launching its weekly service from the deep-sea terminal at Ringaskiddy, Co Cork, bound for the US port of Chester, south-west of Philadelphia.

It is the first direct container service to the US from Ireland.

Previously exporters shipping by container had to reach the US via UK or continental European ports. These longer, more complex routes – requiring containers to travel east to be offloaded, stored and transferred to second vessels – mean goods typically take at least 17 days to reach US ports. In winter, stormy seas and missed transfers can add weeks to those trips.

“We’re offering something unique. Ireland can expand its exports to the United States with our product,” Mr Kirkland said in a phone interview from Antwerp, the firm’s European base. “Our product allows customers’ supply chains and inventories to reduce, because they have a weekly service.”

The Port of Cork is building the €86m Cork container port at Ringaskiddy, expected to open early next year. Once complete, that terminal will be big enough to host multiple cargo vessels carrying up to 6,000 TEUs, the standard cargo measurement short for ‘twenty-foot equivalent units’.

For now ICL’s four-ship fleet, with vessels able to carry between 2,500 and 3,100 TEUs, is the first shipping company to ‘turn right’ into Cork Harbour when heading from Europe to the US. It docks temporarily in Ringaskiddy’s bulk cargo terminal.

ICL operates a single counter-clockwise route on the Atlantic. Its ships leave Antwerp on Wednesdays, visit Southampton in England on Thursdays, Ringaskiddy on Saturdays, and Pennsylvania 10 days later. They return to Antwerp after loading up at a second US port near ICL’s North Carolina headquarters.

Until now, many Irish customers had transferred goods to Southampton for collection there. New customers include stalwarts of Munster industry.

“The big ones are dairy products, pharmaceuticals and spirits, the famous Irish whiskeys. We’re already carrying lots of commodities. Our market base is building up every week,” Mr Kirkland said.

Cork business and port chiefs report interest from exporters across the island, even north of the Border.

“The US market is hugely significant for Ireland, not just for Cork. This direct connectivity is of national importance,” said Cork Chamber chief executive Conor Healy.

He said the option to ship directly would attract “the full range of goods that get to the US by other routes”.

“Cutting a week out of shipping time would be absolutely brilliant,” she said. “It’s always a game to manage your stock of what you have available over in the US, and what potential orders may come. The longer the shipping times, the more difficult that is.”

How Does Supply Chain Management Impact the Retail Landscape? Experts at SpendEdge Explain

Access for all: Near universal support for a pharmacare plan covering Canadians’ prescription drug costs