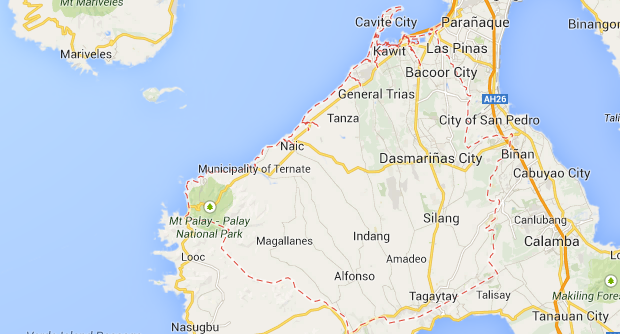 MANILA, Philippines — The two police officers accused of mauling a factory worker in Cavite for violating lockdown rules were ordered relieved while an investigation into the incident is ongoing, Col. Marlon Santos, chief of the Cavite Police Provincial Office, announced on Saturday.

Santos said the chief of provincial Internal Affairs Service had initiated its own investigation and interviewed several witnesses.

According to Santos, the relief order came from Lt. Col. Marlon Solero, chief of the General Trias City Police Station.

The relief of the two officers will allow an impartial investigation of any formal complaint that will be filed against them, Santos told reporters.

Earlier, presidential spokesman Harry Roque said in a press briefing the Palace had asked Gen. Archie Gamboa, chief of the Philippine National Police, to investigate the mauling of Ronald Campo, who suffered from a fracture in his skull after he was hit by the police officers last May 12.

Don’t be swayed by emotions

Santos asked the public not to be swayed by emotion as the police had started gathering evidence and statements from witnesses.

“Our police officers, sworn to enforce the law with utmost respect for human rights, exhibited good faith by immediately bringing the suspect to the hospital for medical attention,” he said.

“Let us not be swayed by rush judgments based on emotions. Let us further look on the other side of the coin and see what is true based on evidence, facts and statements coming from the witnesses. Rest assured that we will still dig deeper into the matter and if found that there were irregularities on the part of the police officers, we will take appropriate actions,” he added.

According to Santos, General Trias police officers arrested Campo on May 12 for allegedly violating the liquor ban and curfew hours for not wearing a face mask,  and for not having a quarantine pass.

He said Campo was drunk and attempted to escape from the police officers. He then “accidentally slipped and bumped at the motorcycle parked near the station that caused his bruises and injuries in his arm and face.”

Santos said Campo ran away during the documentation of his case. Campo reportedly “fell on the pavement twice before he finally jumped over a creek with knee-deep muddy water without regarding the broken bottles and garbage but he still managed to disappear in darkness.”

At one point, Santos said Campo was seen climbing a fence of the house of a certain Jaime Mission.

Campo the allegedly took hostage Milagros Mission but was immediately “pre-empted by Jaime Mission and the nearby Barangay Peacekeeping Action Teams.

While under hostage, Milagros hit the suspect’s head using a long piece of wood. Campo tried to escape again but was cornered by police officers and barangay officials after a brief chase.

Campo was then brought to a nearby hospital where his injuries were treated.

The police filed a criminal complaint against Campo for resistance to a person in authority and trespassing, besides violating quarantine rules.


For more news about the novel coronavirus click here.

What you need to know about Coronavirus.

Let’s face it: The world as we know it has ended

The U.S. Supply Chain Will Survive This Crisis And Thrive

Healthcare Business Intelligence Market to Exhibit a CAGR of 14.05% by 2027