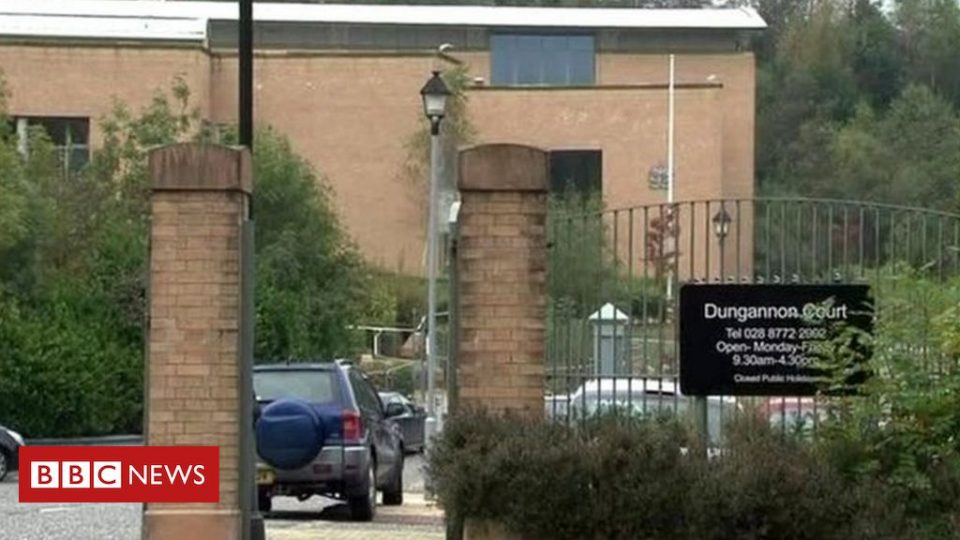 Three men have appeared in court in connection with a “drugs factory” in Cookstown.

Police said it had the potential to generate cocaine with a street value of £600,000.

The three men are jointly accused of offences linked to the possession and supply of drugs.

A district judge refused bail for the trio and said “no conditions could manage the risk of reoffending”.

Luke Donaghy, 25, of Killymoon Road, and Philip Carson, 28, of Drumearn Road, both in Cookstown, along with Andrew Farmer, 27, of Beltrim Crescent, Gortin, are jointly accused of possessing and intending to supply cocaine and cannabis on 8 October, as well as having criminal property.

Mr Donaghy faces further charges of fraudulently importing drugs, being concerned in the supply of cocaine and cannabis and conspiring with others to possess these and transfer criminal property between March and June this year.

Mr Carson is additionally charged with permitting his home to be used for the production of drugs.

A Police Service of Northern Ireland (PSNI) detective constable told the court that police entered Mr Carson’s home on the evening in question and found a hydraulic press in the living room, while numerous boxes containing “substantial quantities” of white powder were discovered in the kitchen.

Blenders were also found as were compressed blocks of powder, latex gloves, a vacuum sealing machine and plastic bags.

All three defendants were present. The court was told that Mr Donaghy and Mr Farmer were noted to be wearing white hazmat suits and gloves.

A quantity of the powder tested positive as cocaine and the remainder is believed to have been cutting agent.

The detective said police believed the defendants were going to cut the cocaine and “re-press it in the hydraulic device to give the impression it hadn’t been adulterated”.

Chocolate bars containing cannabis were recovered from a freezer.

It was also told that Mr Carson admitted allowing the co-accused to use his property for the production of drugs in return for an agreed payment of £1,000.

While he understood this was to assist them, he claimed to have no direct part in their criminality.

He accepted owning the cannabis-infused chocolate and, in respect of the seized cash, contended he was “looking after this for another man” but refused to provide a name.

Bail was opposed for all three accused, with the judge describing the charges as being part of a “large-scale drug operation”.

“It was a professional set-up, with the amount and value of the drugs clearly putting these men very high up the chain,” he said.

“It is my view no conditions could manage the risk of reoffending.”

The men will appear again via videolink later in October.

COVID-19 revealed weakness in supply chain for basic needs. What would candidates do about it?