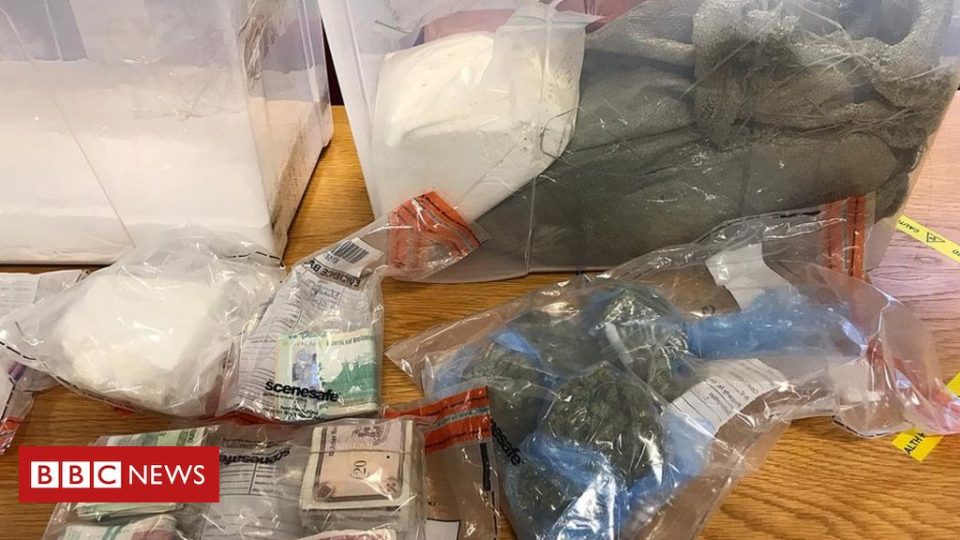 Three men have been arrested after police seized cocaine with a street value of £600,000 in a raid targeting a crime gang operating in the Cookstown area.

Police said the men were wearing “chemical suits” when they arrived at a “drugs factory” on Thursday night.

The gang is said to have been operating on “an international scale”.

The operation also involved searches of five other domestic and commercial premises in mid-Ulster.

Police also confiscated cannabis with a street value of £4,000, a large quantity of drugs paraphernalia, £10,000 in cash and a number of vehicles.

“The scale and nature of the operation has demonstrated the capacity, capability and intention of the gang,” said Det Supt Zoe McKee.

“I believe our actions have significantly disrupted their activities.”

Police said they were being held in connection with a number of suspected offences, including possessing drugs with intent to supply and possession of criminal property.

The Economy Is Not A Factory, Nor Should We Try To Make It One – OpEd

FASC Comments on Final Rule Regarding IT Supply Chain Risk