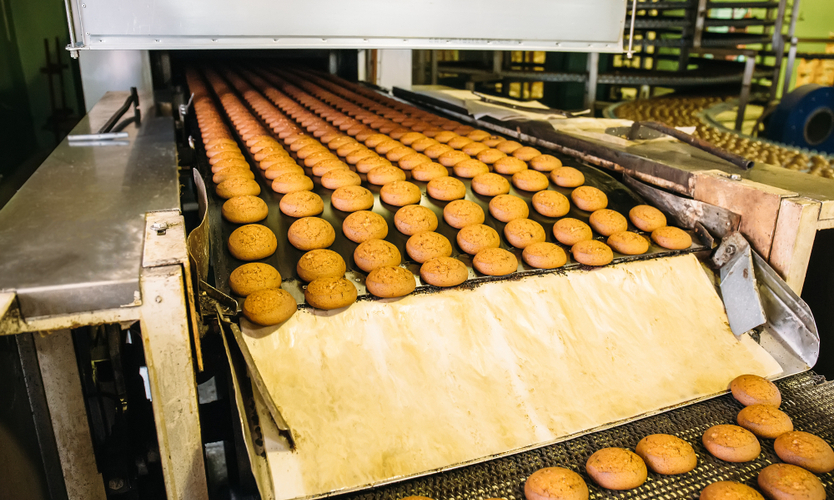 The widow of an Iowa cookie factory worker who died after his arms were pulled into a sizing roller failed to show negligence on the part of coworkers to clear the exclusive remedy bar of the state Workers Compensation Act.

In Tisor v. Hollerauer, the Iowa Court of Appeals on Wednesday unanimously affirmed a district court’s ruling that there was not sufficient evidence to show that four plant supervisors knew the roller machine needed additional guarding.

Patrick Tisor worked for Shearer’s Foods LLC in Burlington, Iowa, as an oven operator for the cookie and cracker manufacturer. In December 2016, before production started for the day, his co-workers found him unconscious with both arms pulled up under the sizing roller. The conveyor band was not yet hot, no cookies had been made, and no other work items were found around him, according to court documents. He died from his injuries three days later.

Prior to the accident, no employee had ever been injured by a sizing roller at the plant, though a worker had injured two fingers on the conveyer band the previous year, and an Iowa Occupational Safety and Health Administration inspector cited Shearer’s for inadequate machine guarding, but the report did not pinpoint the sizing rollers as presenting a danger.

Devon Tisor, Mr. Tisor’s widow, brought a negligence lawsuit against the plant director, the company’s safety director and two others. They moved for summary judgment. A district court granted summary judgment to the employees, and Ms. Tisor appealed.

The appellate court affirmed the decision, holding that while the supervisors were aware of potential nip points and trained on such points, Ms. Tisor’s allegations failed to include specific evidence of any actual knowledge of peril.

The court also found that the plant supervisors didn’t have any reason to believe that Mr. Tisor “would be exposed to imminent harm through his duties of starting Line 7 that day” and that the IOSHA report did not put the supervisors on notice that an unguarded nip point on the sizing roller would “probably lead to injury, amputations or death.”

Every Federal Agency Should Think About Securing the Supply Chain