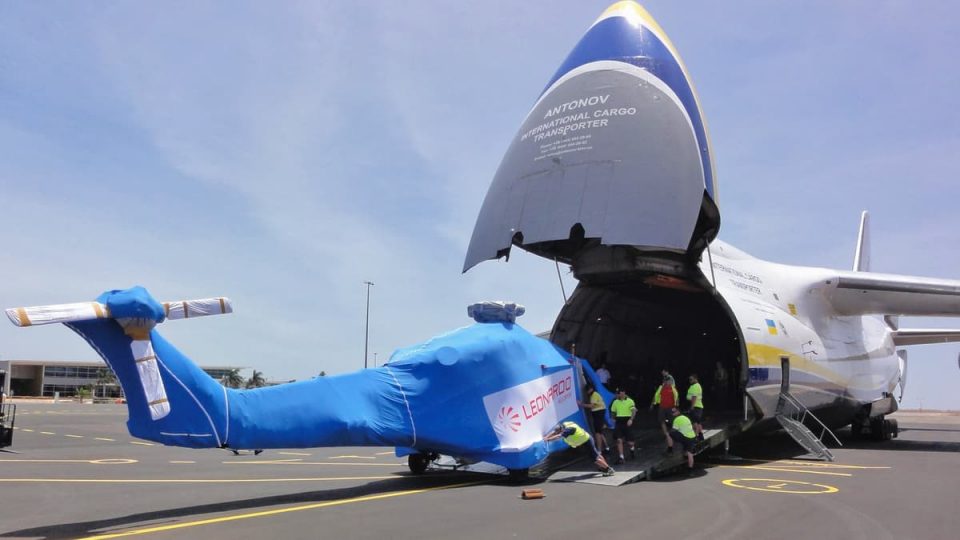 The recent acquisition of formerly SIX Swiss Exchange-traded
freight forwarder and logistics specialist Panalpina by acquisitive
Copenhagen-listed transportation and logistics company DSV marks one of
the few M&A deals that have occurred in the market over the last several
years.

Initial offers from DSV to acquire Panalpina were rebuffed
in February by the Ernst Goehner Foundation, which held a 46% share in the
company. In response, DSV increased the offer in spite of pressure from private
equity firms Cevian Capital, which held a 12.3% stake, and Artisan Partners,
which held a 9.9% ownership position. Also, in February, Panalpina held
unsuccessful preliminary discussions with smaller rival Agility Group about a
potential tie-up.

The move on Panalpina by multiple bidders attests that there
was appetite for at least this deal.

Since formation in 2013, EmergeVest, with reported annual
revenues approaching £900 million ($1.12 billion), has been an active investor
on a global basis, with an emphasis on business services, particularly
logistics and related technology. The company’s previous and current portfolio
includes investments in logistics, technology, business services, media and
apparel.

“DSV’s takeover of Panalpina and CMA CGM’s offer for CEVA
left many analysts wondering if this is the beginning of another wave of
consolidation in logistics and transportation. But since April, logistics
M&A has stayed fairly quiet,” according to Robert Keen, director general of
the British International Freight Association (BIFA), a trade association that
represents the interests of UK freight forwarders.

The dearth of M&A deals extends further back, according
to Michael Nayden, director of supply chain and manufacturing operations at
Deloitte Consulting. Nayden told FreightWaves that the zenith of M&A
activity in the sector was in 2017, with an increase of about 40% over 2015
activity; in 2018, the sector experienced 20% less activity than in 2017.

Nayden maintains that the $1 trillion logistics and freight
forwarding industry is “highly fragmented,” suggesting that there may not be
critical mass among potential takeover targets.

Philip Stephenson, chairman of privately held UK-based
freight forwarder Davies Turner, agrees with Nayden, adding that expansion via
acquisition is expensive and “you need to be realistic about what you can
finance.”

Davis Turner, with about $225 million in annual revenue,
chooses to retain an intermediate position, focusing on the UK and Ireland.

Keen tells FreightWaves that predictions 50 years ago
indicated that “only a handful of large forwarding companies would survive.”

He adds: “The general consensus was that the evolving
operational environment would benefit only the largest forwarding companies
that had the most leverage with the service providers, leaving the smaller ones
to wither on the vine.

“Over those 50 years, small and medium-sized forwarding
companies have often found themselves at the core of the debate about how the
logistics supply chain is evolving, helping to create new policies while
adapting to new ways of doing business,” Keen says.

“Some have said that with increasing digitization,
platform-based business models will connect new players, wash away inefficient
old ones, and harness the cloud. They conclude that this will inevitably lead
to the demise of the forwarder.”

He adds that, while the convergence of rich logistics data
streams; new cloud, platform and blockchain technologies; and strong market
forces will give rise to new platform business models in the logistics, trade,
freight, and maritime industries, the freight forwarding sector will be capable
of adapting to the changing market structure.

While private equity investments tend to have short-term
horizons, Heath Zarin, chief executive officer of EV Cargo, tells FreightWaves
that the company has a long-term focus.

“We believe we have a unique opportunity to
create superior value for our investors in this portfolio by creating the
EV Cargo Group, holding it for much longer, and using it as a platform to
create a substantial global logistics and technology business.

“We expect to complete many additional acquisitions over the
next few years, both to consolidate our position in the U.K. and Europe, and
also to significantly strengthen our global proposition with acquisitions in
Asia and the Americas,” according to Zarin.

Zarin adds that there is significant private equity
investment in the logistics and freight forwarding sector. “It
is attractive to us because we have deep domain knowledge of the industry
and we can clearly see the value creation opportunities from deploying
EVOS, our EmergeVest Operating System of revenue
and profit growth programmes, to drive performance in
historically successful businesses that need to adapt to a rapidly
evolving competitive landscape.”

Zarin forecasts increasing consolidation activity in the
sector. “The forwarding and logistics sectors are going to be increasingly
powered by technology. The investments required in digitalizing the customer
proposition and operating model are enabled by scale. This will be a key driver
of consolidation. Furthermore, large customers increasingly want complex
multi-discipline solutions which can be delivered most effectively by
businesses with a broad span of capability, so service range, as well as pure
scale, is a driver of consolidation.”

Politics and Business in Seattle