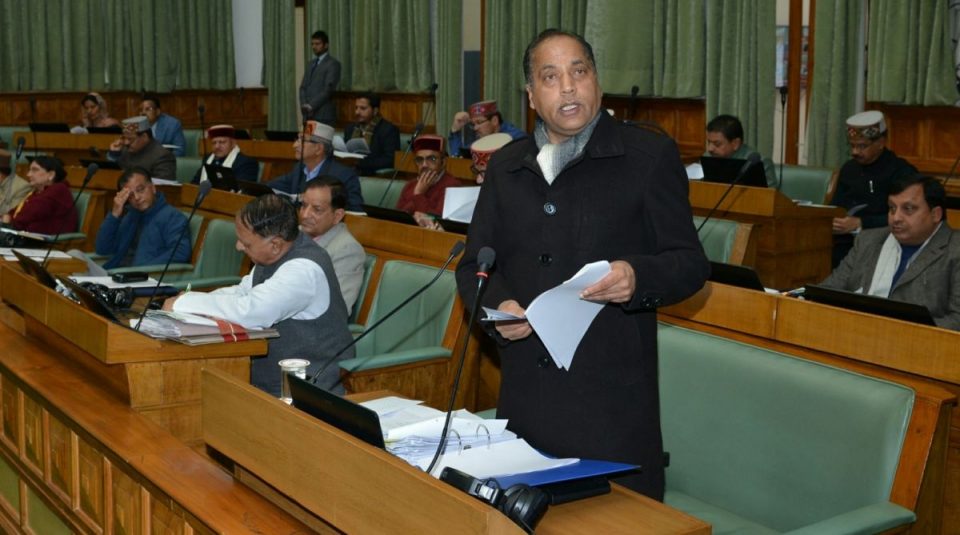 The Congress legislators on Tuesday staged walkout from the Himachal Pradesh Assembly again for the second consecutive day, seeking debate on ‘benami’ land deals, even as Chief Minister Jai Ram Thakur termed their move as “undemocratic” which, he said, was aimed at gaining media limelight.

The Congress members, who earlier staged a protest outside the office of HP Assembly Speaker Vipin Singh Parmar, demanded discussion on the issue of benami land deals as soon as the House was convened on the 7th day of the ongoing monsoon session.

The Opposition members had given notice for adjournment motion under Rule 62 but the Speaker informed the members that he had sent the notice to the state government to seek response on the issue.

Parmar tried to pacify the opposition members by saying that as soon as the state government will submit information on the issue, the House will decide under which rule the debate can be permitted.

The opposition members, however, weren’t satisfied with the reply and started raising slogans and accused the state government of trying to suppress the voice of opposition in the house.

This led to heated exchanges between the ruling and opposition members after which the Congress members staged walkout from the assembly.

Expressing resentment over the walkout by Congress for the second consecutive day, Chief Minister Jai Ram Thakur said opposition members had been given freedom to ask questions and satisfactory replies were being given to them.

“But the opposition members staged walkout for the second consecutive day in the assembly which seemed to be aimed at garnering limelight and remain in headlines.

Generally, ruling and opposition members meet the Speaker at his office and raise issues but till date, no such protest was held as was witnessed today,” he added.

Thakur said the 10-day assembly session was being held amid COVID-19 pandemic and a 3-day discussion was held on the viral disease since the beginning of the house which a first in the history of HP assembly.

“We were expecting that opposition members would give valuable suggestions backed by facts during debate on COVID-19 but no such thing happened during the debate,” he said.

The Chief Minister said the opposition members were today demanding debate on benami land deals and the state government had sought time to collect facts before taking decision to allow debate on the issue.

But the opposition members staged walkout which pointed out that they were only interested in making headlines by staging walkout from assembly, he added.

State Parliamentary Affairs minister Suresh Bhardwaj termed the move of opposition members as undemocratic and unprecedented and accused them of trying to stall discussion on issues related to welfare of people of the state.

“The state government has spent lakh of rupees of people’s money to conduct Question Hour in the House but the opposition seems to avert discussion and are conducting hurdles in smooth functioning of the house.

It is a sheer wastage of government exchequer money,” he said while asserting that the state government might have to rethink its decision of holding Question Hour in the HP assembly.