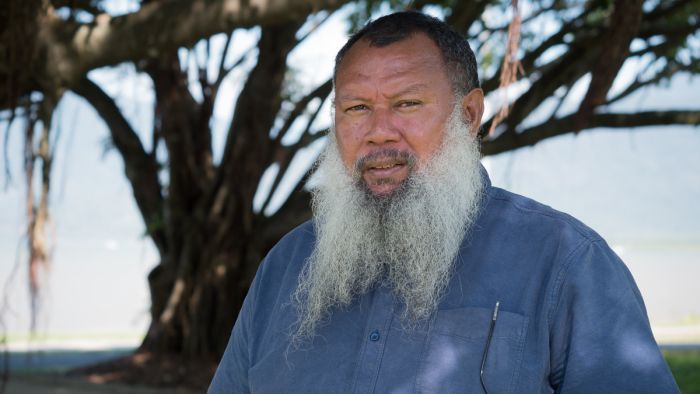 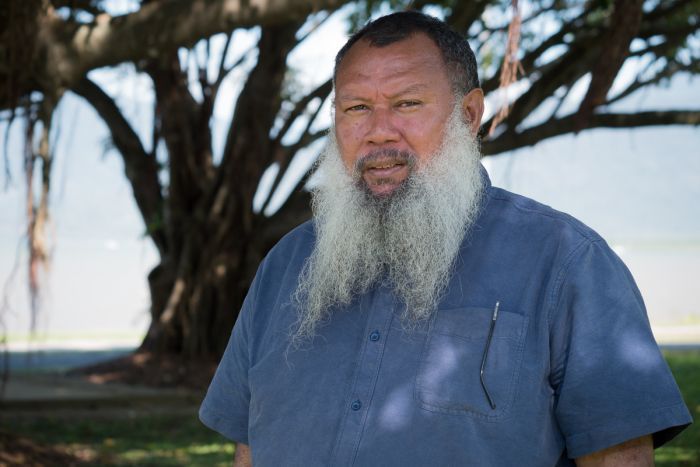 Indigenous leaders in Cape York and the Torres Strait say their communities’ remote housing needs are being used as a political football as confusion mounts over an undelivered, multi-million-dollar funding pledge.

The $105 million commitment — made just days before the May federal election — was hailed by the Morrison Government as a milestone, intended to both empower local councils and end a stalemate with its state counterpart.

Promised after negotiations with the State Government over a long-term agreement stalled, the money was pegged as a ‘catch-up’ fund to address severe housing shortages in remote far north Queensland, where up to three generations live under one roof.

But more than six months later, those councils say they are yet to see a single cent.

That’s prompted a planeload of mayors representing the Torres and Cape Indigenous Council Alliance (TCICA) to travel to the nation’s capital, where they’ll urge the government to honour its pledge.

Eddie Newman, the mayor of five communities perched on the tip of Cape York, said the delay had caused angst in his constituents’ already-crowded households.

“I’ve got a house there now with 13 living in the house, and it’s a three-bedroom house,” he said.

“They’re saying ‘Is there more housing coming?’ and we can’t say anything until we get a commitment or they show us a way forward.

“The trip to Canberra is to say ‘Thank you, we welcome it, but how are we going to move forward on the $105 million?'”

Back to square one: Mayor

The fund augured a significant departure in the state’s remote housing model, which previously saw more than $1 billion flow into remote communities under a 10-year partnership co-funded by the two tiers of government.

After accusing it of refusing to enter into a new partnership, Leichhardt MP Warren Entsch and then-Indigenous Affairs Minister Nigel Scullion removed the State Government from the picture, vowing to fund members of the TCICA directly instead.

That meant more decision-making power for councils, and the by-passing of a 14 per cent management fee charged by the State Government, according to an interview given by Warren Entsch in May.

But Vonda Malone, the chairwoman of TCICA and mayor of the Torres Shire Council, said she had since been told the $105 million would require co-investment from the state before it could flow.

“Whilst we were waiting anxiously to receive the funding, we needed to, I guess, read the fine print, and realise it wasn’t a standalone, direct allocation, from the Federal Government,” Councillor Malone said.

“It needed that support from the State Government, hence we were back — literally back — in the same position we were in prior to the federal election.”

“We will honour our election commitment, and there is work being undertaken at the moment by my agency, and we are working with the Queensland Government,” he said.

“Election commitments are made, but then the processes have to be put in place to ensure that we put the houses in the right location, and that we meet the needs of people living in those areas.”

A spokesperson for Warren Entsch said the Leichhardt MP would meet with the Minister in the coming parliamentary sitting weeks. 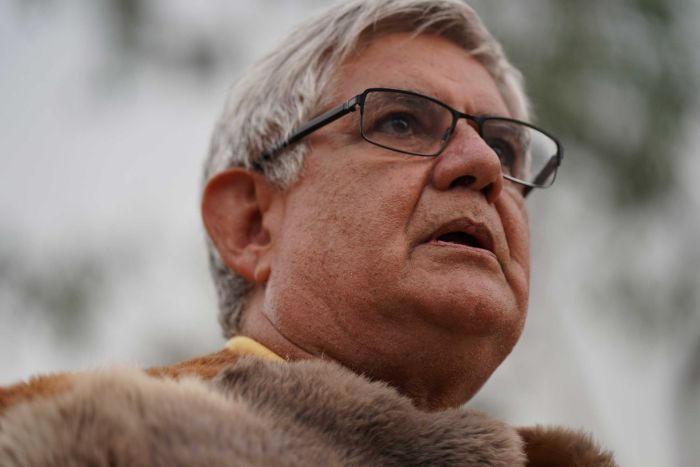 Neither politicians’ offices responded to specific questions about progress on a long-term remote housing plan for the state.

In a statement, Queensland’s Minister for Housing Mick De Brenni said his Government had committed more than $1 billion to remote housing over the next 10 years.

The mayors expressed frustration that key Closing the Gap targets the earlier housing partnership was intended to address — particularly in employment and health — would continue to lag until all levels of government came together on the issue.

“It continues to be a political football, at the expense of our people,” Councillor Malone said.

“It’s something that politicians, be they State or Federal Government, need to take really seriously, because we’ll continue to play catch-up otherwise.”

Blockchain has brought in significant accountability in the logistics sector

Overweight Tech? Time To Add Value Investing To Your Repertoire