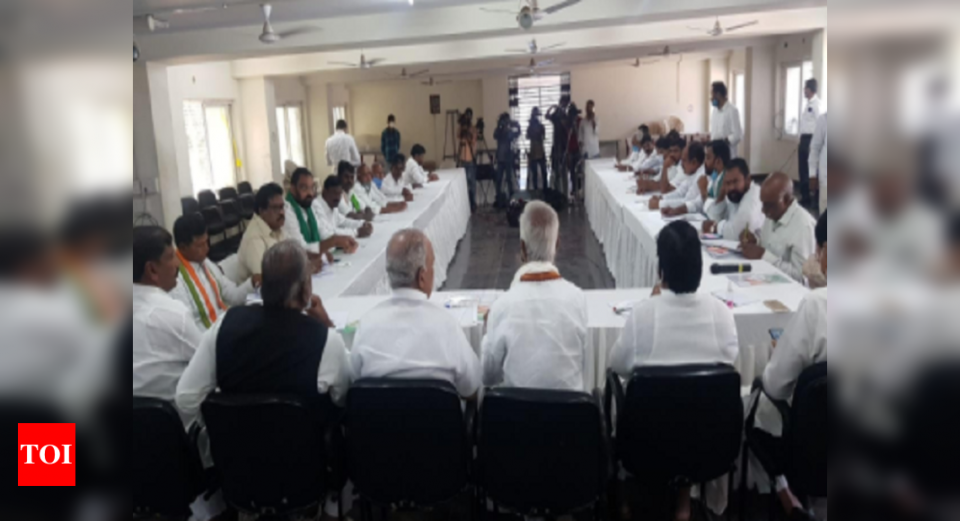 HYDERABAD: A round table meeting attended by the farmers and representatives of their welfare associations, leaders from the Congress among other political parties on Sunday unanimously resolved to demand that Prime Minister Narendra Modi-led BJP government at the Centre come out with a “comprehensive agriculture produce procurement policy announcing crop-wise MSP with financial allocations to it” in the ensuing Union Budget to be presented on February 1.
While demanding an unconditional repeal of the new farm laws which are detrimental to the interests of the farmers, the meeting also resolved to demand that the central and state governments immediately convene a special session of the Parliament and the state Assembly to discuss the problems being faced in getting MSP by the farmers.
Kanneganti Ravi of Rythu Swarajya Vedika, a farmers’ welfare organization, said the ongoing agitation for over one-and-a-half month by the farmers in Delhi is not confined to the ryots of just Punjab and Haryana but the farmers of entire country and demanded that all the cases booked against agitating farmers should be withdrawn immediately.
All India Kisan Congress vice-president M Kodanda Reddy alleged that the BJP government at the centre was handing over agriculture produce storage space to the corporates who would soon replace the Food Corporation of India.
“First of all, agriculture is a state subject. The Modi-government’s new farm laws are against the federal spirit of the Constitution. Most importantly, the BJP has bulldozed the new farm laws without consulting the main stakeholders, the farmers. Even the crop insurance scheme is a multi-crore rupees scam and the central government should be held responsible for it,” he alleged.
The round table demanded a white paper by the TRS government on the support it has extended to the farmers in the State and also convened a meeting of all the farmer associations to discuss the issues mentioned in the white paper.
Congress Legislature Party leader Bhatti Vikramarka said chief minister K Chandrasekhar Rao should pass a resolution in the state assembly that the Telangana government will not implement the centre’s farm laws. “the Congress will intensify its agitation seeking justice for farmers. The procurement centres should be revived,” he demanded.
previous post