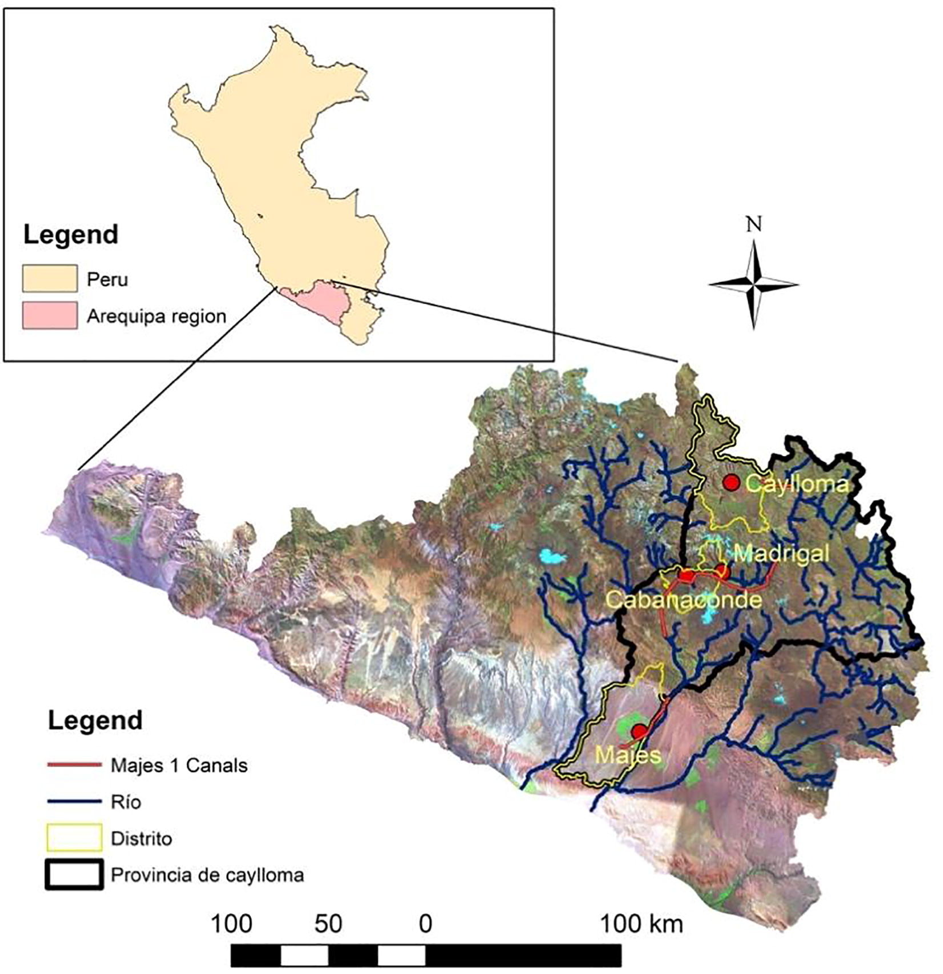 Combinations of Marginalized Identities Can Limit Climate Adaptation in Peru

New research hones in on the fact that individuals, households, and groups within the agricultural sector of Peru often adapt in different and unequal ways to the challenges that result from the changing climate. This study promotes comprehensive solutions that do not further compound the marginality that rural Indigenous people have long faced.

The authors draw on the concept of intersectionality to examine inequalities in this region. Within the framework of intersectionality, elements of social inequality, such as gender, ethnicity, age, and class, are not separate and distinct, but interacting elements which compound each other.

In an interview, members of the research team* told GlacierHub that they “used an intersectionality theoretical framework, understood here as the ways that different identities intersect within systems of power, to collect new perspectives from women, migrants, indigenous people, and older residents.” The research suggests that the intersection of elements of social inequality can affect how people adapt to numerous social-ecological changes, such as water scarcity and crop loss.

The research is part of a collaborative social science project with the Arequipa Nexus Institute, an international research partnership between Purdue University and the Universidad Nacional de San Agustín de Arequipa, in Peru. The findings were published last month in the journal World Development.

The study authors traveled throughout Peru’s Caylloma Province, conducting interviews with people who work in agriculture to gain an understanding of the different adaptation methods they use to cope with the social and environmental changes that result from the changing climate. The interviewees included small-holder farmers, commercial farmers, farmworkers, irrigators, and pastoralists from across the Province.

“We analyzed the different adaptation experiences that exist across four different districts in the Caylloma Province of Peru, where communities are facing glacial melt, water scarcity, and devastating crop losses due to a rapidly changing climate,” the team told GlacierHub.

The team conducted 130 interviews with farmers in highland and lowland districts they selected across the Caylloma Province of Peru, including Caylloma, Madrigal, Cabanaconde, and Majes, which are all sites experiencing changing climatic and ecological conditions. A semi-structured interview style allowed the interviewers and subjects to develop open-ended conversations built on individual experiences and concerns, rather than keeping to a strict question-answer format. 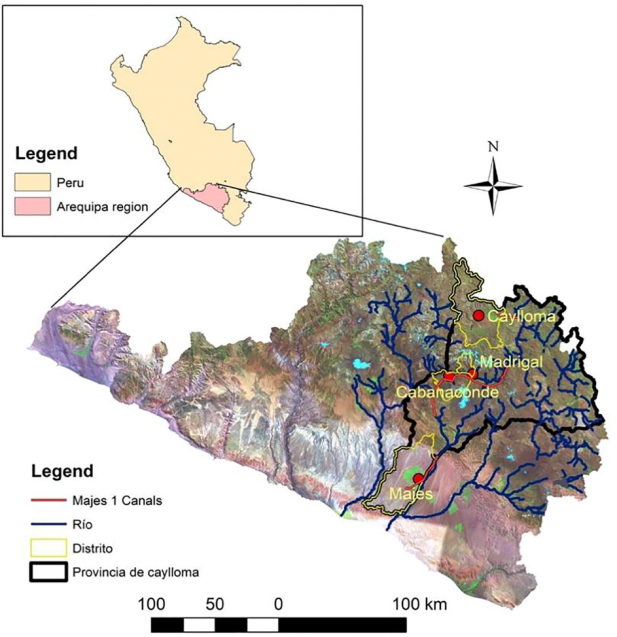 Map of the four sites where the interviews took place in the Caylloma Province of Peru. (Photo: Erwin et. al, 2020)

The team found gender, age, language and livelihood to be identities that intersect to create different adaptation outcomes. The ways that these identities intersect in an individual can decrease one’s capacity to adapt to social and ecological changes like migration, climate change, loss of herds and crops, and water scarcity.

The authors told GlacierHub that their team found that “community institutions were often catered to the needs of Spanish-speaking men who are landowners.” This is a significant finding, for the majority of people in this region speak Quechua, an Indigenous language. When gender, age, language, and livelihood compound, these factors “create additional obstacles for migrants, women, and indigenous people, reducing their adaptive capacity, making them more susceptible to social ecological changes induced by climate change.”

Specifically, the study found that men have more options to diversify their incomes than unskilled women. This is an important advantage when it comes to adapting to changes in the agricultural sector, caused by varying climate. Women’s vulnerability is essentially associated with fewer adaptation options, and programs to address vulnerabilities are often catered to the needs of men. Both men and women often diversify their income, a common adaptation practice, through agricultural labor, but men have more options to work for wages in mining, construction, and other sectors. Age was also found to impact one’s ability to pursue income diversification, with both men and women over 50 facing significantly more difficulty in diversifying their income than younger individuals with similar livelihoods. Older pastoralists and farmers usually resist migrating to pursue other lines of work established by market economies and are often ignored by many firms, hindering their ability to diversify their income. Lastly, the study found that migration status and landownership intersect, impacting water access in already water scarce areas. Those who own land are given access to water for domestic and agricultural use, while those who live in informal settlements lack access, creating obstacles to adapting to social and ecological change.

These challenges are currently unaddressed. Norms and social structures also reinforce these existing inequalities, making people with these identities more vulnerable to changes than other people. Therefore, they are more vulnerable to stressors, because they cannot engage in key adaptation strategies, like income diversification, policy making in community institutions, and migration. The group told GlacierHub that their findings “illuminate the need for national-scale policies that take into account the socio-economic and environmental realities of different communities within Peru.” They continued, saying “these contextual policy designs could reduce root injustices and create conditions where there is less inequality both in adaptation and in socio-economic conditions more broadly.”

In addressing these presented obstacles using an intersectional lens, it is important to take a step further when designing adaptation programs in order to ensure that they not only meet the needs of women but also the needs of Indigenous migrants and older women. Meeting these needs could be achieved, according to the study authors, by “offering programs in Quechua and/or by redesigning community institutions to include migrants. It also means partnering with people in different spaces, like migrant organizations and women’s groups, where marginalized groups have power.”

Intersectionality in this research is essential to understand and tackle the systems that are oppressing certain groups of people. In light of the growing global climate movement, the research touches upon the overarching question of why the fight for climate justice is truly a fight for justice itself.

Poverty, political marginalization, and racial and gender oppression are injustices that create barriers to climate change adaptation for those affected most. The study authors importantly noted that, “these injustices also create challenges for entire communities, even for people who do not directly experience these injustices, because injustice creates conflict and decreases the chance of collaboration in the face of change.”

The research group believes that if drivers of injustice like poverty and racism can be reduced, the root issues that make marginalized groups more vulnerable to climate change can be decreased.

“Using an intersectional lens could allow us to see these trends and redesign the climate movement to be more inclusive,” they note. The team continued, stating “if we continue to give precedence to the same voices in the climate movement, like farmers, white people, and/or people from the Global North, we risk narrowly addressing the problem from just one perspective, further marginalizing people from the Global South and other communities that are most impacted by climate change.”

In the Pandemic, TMS Helps Drive the Future of Logistics