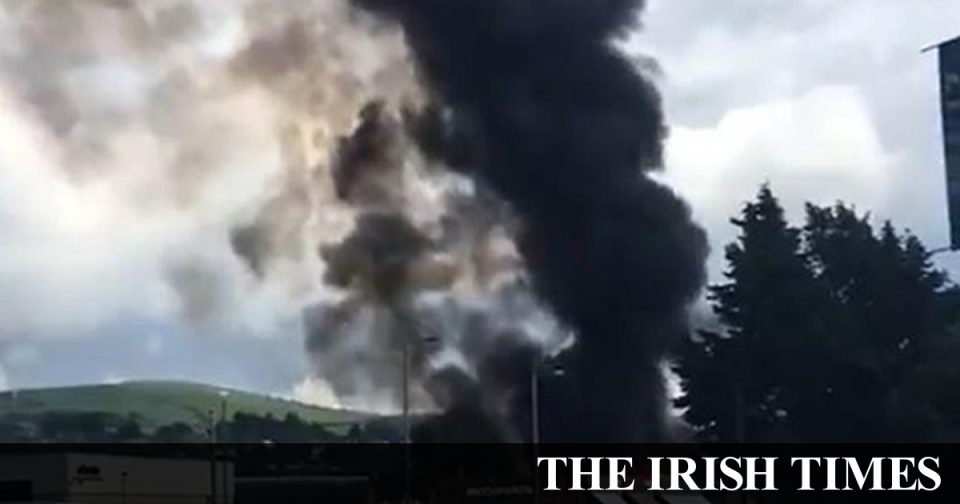 A Co Tyrone coffin factory has been destroyed in a fire after it was reportedly hit by lightning.

Up to eight units from the fire brigade were battling on Sunday evening to bring the blaze at Railway Street in Strabane under control.

The workshop and warehouse of O’Doherty and Sons coffin and casket makers was said to be among the businesses impacted.

One former employee said the warehouse would contain “hundreds and hundreds” of coffins at any one time, which are shipped all over the world. “It would be an absolute tinder box,” he said.

There are a number of businesses adjoining the factory, including a carpet warehouse.

O’Doherty and Sons is a major employer in Strabane, where it has operated since 1908. The smoke from the blaze could be seen 25km away in Derry.

“As regards to the cause, there is nothing concrete yet on exactly how it happened but there was speculation about lightning or it could have been electrical. But that’s all hearsay. A lot of people are saying lightning.”

There was a “fierce” thunder and lightning storm passing through the town at the time of the fire, Mr Barr said.

Mr Barr continued: “It is a sad day for Strabane, especially for such a longstanding business and well respected business in the town and worldwide.”

“My thoughts are with the family who run the business and hopefully in the not too distant future they’ll back up delivering their business across the world.”

Police have advised the public to avoid the area to allow emergency services to deal with the blaze.

“Our officers are at the scene, please follow their directions,” said a police spokeswoman.

Utility and supply chain tips for creating a successful business