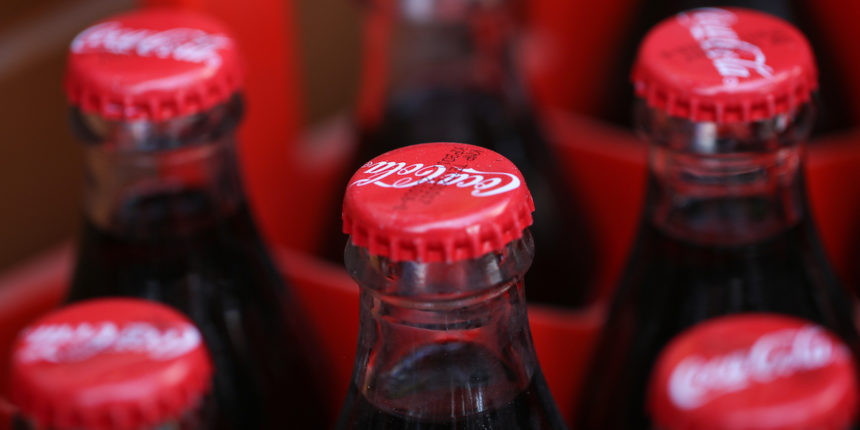 The IT firm behind Coca-Cola’s bottle manufacturing supply chain has become the latest major corporation to recognize the advantages of blockchain technology.

According to a Business Insider (BI) report published on November 5th,  Coke One North America (CONA) — the tech firm that manages IT operations for the soda giant’s bottlers —  has decided to implement a blockchain solution developed by German software firm SAP to to keep track of all transactions that take place within 70 franchises.

CONA oversees multiple franchises that manufacture, bottle and ship nearly 160,000 orders of Coca-Cola products on a daily basis. Currently, the firm is managing 12 suppliers with hundreds of thousands in orders. Due to the challenging nature of dealing with other organizations, the firm believes that the blockchain solution could bring down the time for reconciling and organizing orders.

With the new blockchain solution, the giant tech firm expects to reduce the duration of order-reconciliation from 50 days to just a few days. The blockchain solution will help improve distribution for all participant, and the transparent distributed ledger will give real-time insights into the transactions made by all the different bottlers on the network. For instance, if a bottle maker is short of stock for a looming order, the network quickly provides options for filling shortfall.

“What we achieved here with blockchain is creating a document flow across the supply chain,” said Torsten Zube, head of the SAP Innovation Center Network. As to invoice or order disagreements, he explained: “There’s usually not that dispute anymore because the information that has been shared, it’s clear and transparent everywhere.”

Initially, the SAP software solution was trialed with two bottling franchises – Coca-Cola United and C.C. Clark. However, due to its success and positive outcomes, it has been expanded to all 70 bottling franchises. With a supply chain operation worth $21 billion in yearly revenue, even a small increase in efficiency could save the firms millions.

Following the success of the project, Semenov hinted that CONA had plans on working with commerce giants Walmart and Target, though scaling to work with those firms’ supply chains would be a difficult undertaking, he noted.

Walmart has been a curious blockchain adopter, testing the use case for establishing a decentralized goods tracking ecosystem. Back in 2017, Walmart started testing IBM’s Food Trust blockchain for tracking its food suppliers. Currently, Walmart is also part of the Hyperledger consortium for blockchain solutions.

Meanwhile, Coca-Cola’s main competitor – PepsiCo – has also conducted a blockchain trial, which according to the company, had raised efficiency by 28%. The supply chain solution trial was called “Project Proton,” and it was run on Zilliqa’s blockchain platform.