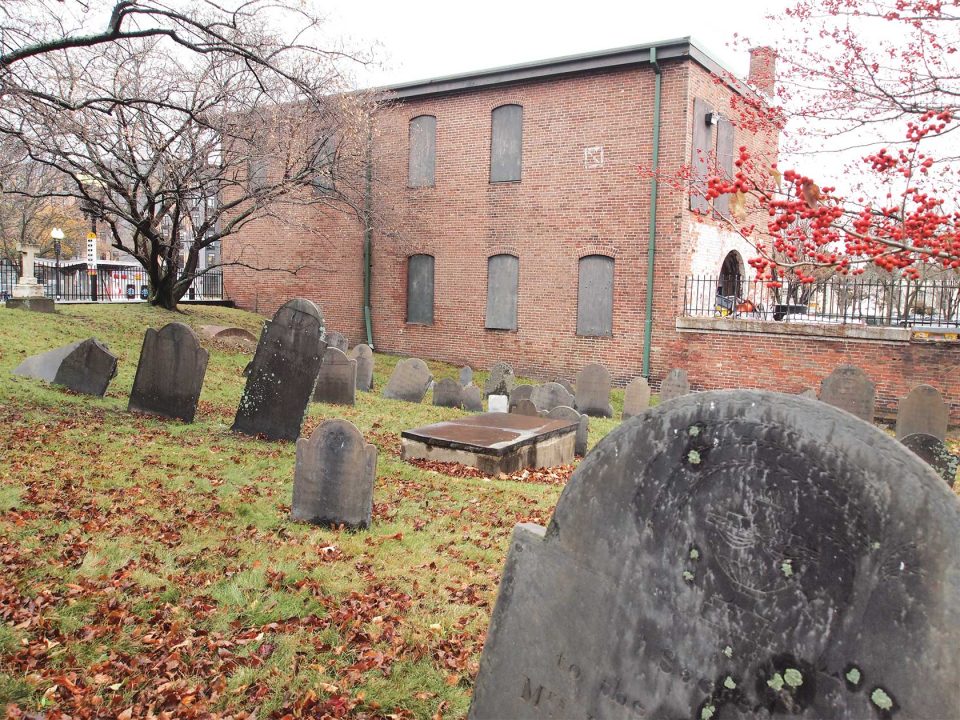 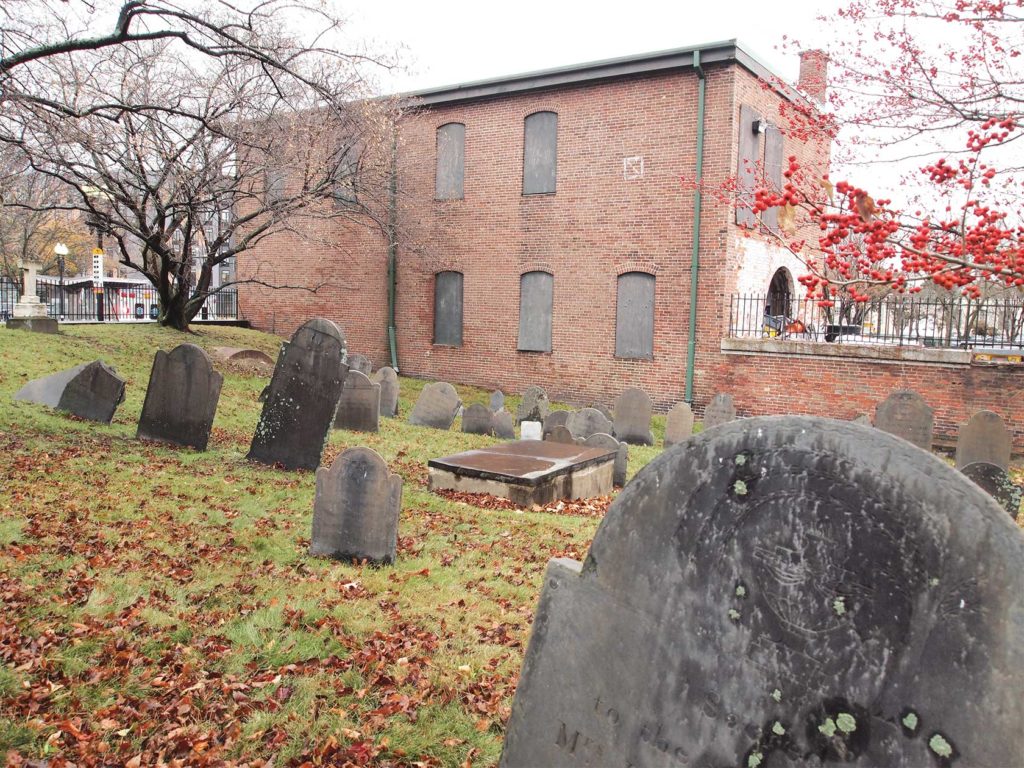 The city’s Department of Neighborhood Development is seeking bids for the Nawn
factory, seen from the Eliot Burying Ground. BANNER PHOTO

A museum interpreting Roxbury history will feature prominently in bids to redevelop the historic Nawn Factory building on Washington Street in Dudley Square, according to a request for proposals released by the city’s Department of Neighborhood Development Monday.

The 1880 brick building occupies the smaller part of a two-parcel 10,841-square-foot site adjacent to the colonial-era Eliot Burying Ground and the long-vacant Parcel 8, at the corner of Washington Street and Melnea Cass Boulevard. In the city’s RFP, developers bidding on the Nawn Factory site are encouraged to coordinate their redevelopment efforts with development proposals for Parcel 8 or to bid on both. 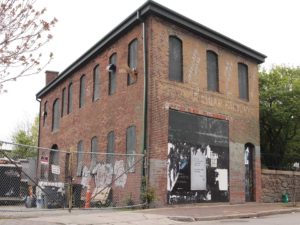 The factory was named for Owen Nawn, the general contractor most widely known for his later work on building the elevated Orange Line. The RFP requires that the existing portion of the factory building — one-third of its original footprint — be preserved and allows for its re-use as retail, cultural and/or entertainment space. Developers are encouraged to rebuild the demolished portion of the building.

The Nawn Factory parcels are located within the state-designated Roxbury Heritage State Park and the city’s Eustice Street Architectural District, which includes the 1630 John Eliot Burying Ground and the 1859 Eustis Street Firehouse. During the Revolutionary war, the Nawn Factory site lay between the fortifications of the continental army on the Roxbury side and British troops on the Boston side.

Former state Rep. Byron Rushing said some Roxbury residents have advocated for the creation of a small park at the corner of Washington Street and Melnea Cass Boulevard, noting that the foundations of two 18th-century buildings remain intact there.

“We want a park there that relates to that part of Roxbury history — the neck that connected Roxbury to Boston,” he said, referring to the narrow isthmus that existed before the South End and South Bay were filled in during the 19th century.

As for Parcel 8, the RFP for that parcel will likely allow for commercial, cultural and residential uses.

Under the terms of the Boston Planning and Development Agency’s PLAN Dudley public land disposition process, any housing developed on either the Nawn Factory site or Parcel 8 is required to have at least two-thirds of all units affordable to households of varying incomes.

“Community members have expressed a strong preference for projects which can exceed these minimum affordability standards,” the RFP reads. “Developments which can reach deeper levels of affordability and/or a higher percentage of income-restricted housing are preferred.”

The parcel also falls into the federally-designated HUD Choice area anchored by the Whittier Street housing development. The Nawn Factory building could qualify for up to $500,000 in funds for restoration and development of a public education facility such as a museum, provided the building is completed no later than Aug. 1, 2023.