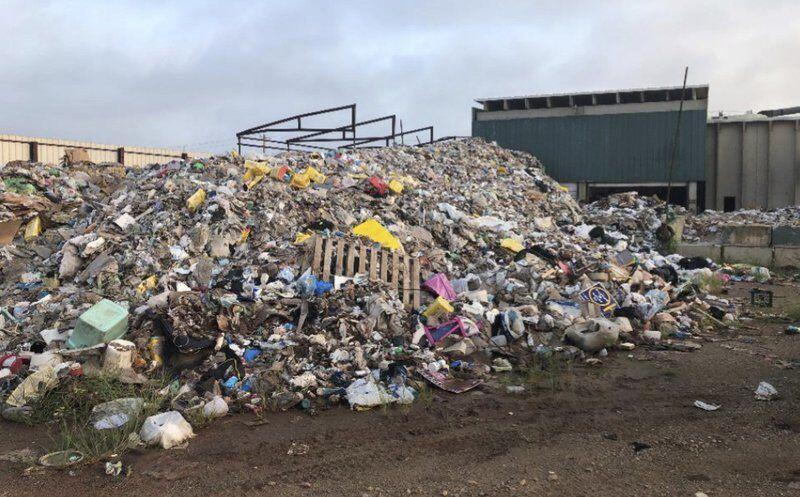 With markets for recyclables shrinking and program costs growing, the path forward for municipal recycling isn’t entirely clear. But the City of Stillwater is taking control of its destiny by making plans for a city-owned recycling staging facility.

The proposed facility would be located next to the Waste Management Facility on Airport Access Road. The staging area would be fenced off and as much of the operation as possible would be located inside, city staff has said.

On Sept. 21, the Stillwater City Council, acting as the trustees of the Stillwater Utilities Authority, approved $165,910 for a contract with Tricore to design the new facility.

The funding to cover the cost will come from the Waste Management reserve fund which means it won’t impact the current budget, Waste Management/Safety Director Chris Knight said.

The selection was made based on qualifications and experience then the price was negotiated, he said.

Knight said the cost was in the ballpark he had expected but Mayor Will Joyce expressed concern because bids weren’t actually taken on the project.

City Attorney John Dorman told the trustees the City is not required to take bids on contracts for professional services under the State of Oklahoma’s competitive bidding statute.

Cities have been struggling with the economics of recycling since Chinese recyclers stopped buying mixed paper and some kinds of plastic in 2017. Selling the materials was a way for communities to keep their costs down.

Although the Oklahoma Recycling Association has reported that Oklahoma recyclers had domestic markets that kept their prices more stable, Stillwater and other cities in Oklahoma have still found themselves dealing with rising costs and loads that are contaminated with liquids, food and non-recyclable materials.

Stillwater residents lobbied for curbside recycling for years before the City of Stillwater launched it as a pilot program in 2012.

By 2013, the service was available citywide.

In 2017, the City implemented changes to its program, including randomly checking carts for contamination and limiting the kinds of plastics it would accept to types 1,2 and 5.

Rates also increased by 8%, going up by about $1.19 for the average customer.

In 2019 the City was notified that its processor, Cedar Creek Farms LLC, was under investigation by the Oklahoma Department of Environmental Quality and wanted to end the recycling contract.

The City’s Waste Management Department helped Cedar Creek Farms haul 419 tons of accumulated material to the landfill and the current contract was allowed to continue through its expiration in 2022.

The City of Stillwater formed a task force in 2019 to study its recycling program and the issues surrounding it.

The task force recommended the City build a staging facility that could be expanded into a transfer station or even a materials reclamation facility that sorts materials. The materials would be hauled to another location for processing.

If that were done, it would make sense for the facility to serve the region to take advantage of economies of scale, task force member Frank Blum said in February.

Study Details How to Survive a Pandemic with Digital Manufacturing