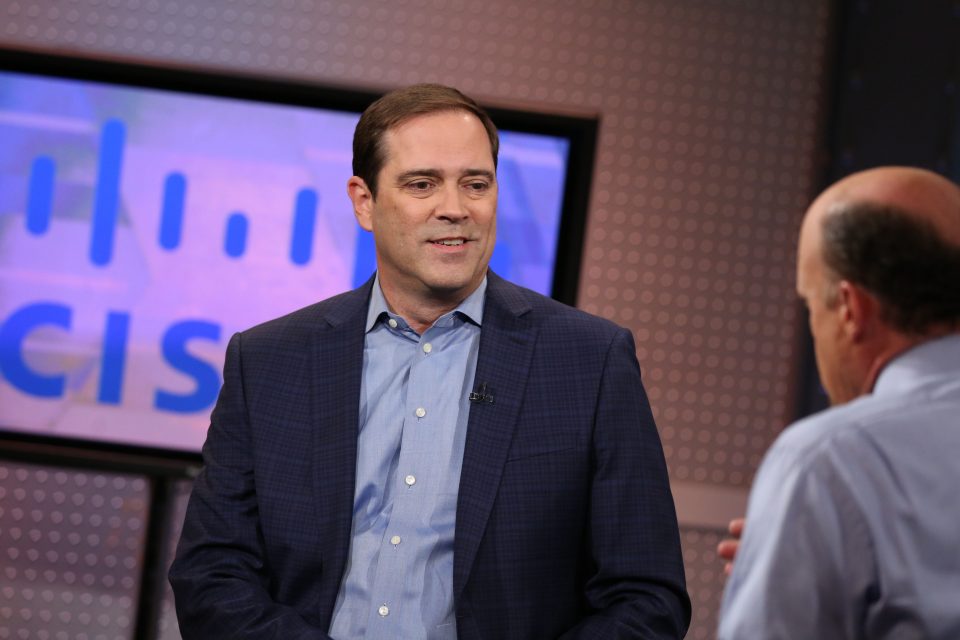 Cisco shares fell as much as 6% after the close of trading on Wednesday after the company gave fiscal second-quarter earnings that came in below analysts’ estimates.

Here’s how the company did:

Cisco’s revenue grew 1% on an annualized basis in the quarter, which ended on October 26, according to a statement.

Cisco CEO Chuck Robbins told analysts on a Wednesday conference call that the company faced macroeconomic pressure in the quarter. He said Cisco saw “a bit of a pause” in the quarter and that some large deals were made but “got done smaller.” He said he didn’t think the company was experiencing more competition from lesser-known hardware makers that typically sell large volumes to big buyers.

“As far as what we’d model going forward, we’ve effectively assumed that it will stay as is,” Robbins said. “I don’t think we haven’t modeled any material further deterioration or improvement I think in what we’ve put forward today.”

If the company’s revenue does go lower year over year in the next quarter, it would be for the first time since 2017. Cisco had a run of eight consecutive quarters of revenue declines.

In the fiscal first quarter Cisco’s largest business segment, Infrastructure Platforms, including switches and routers for companies’ data centers, produced $7.54 billion in revenue, down 1% year over year and missing the $7.61 billion estimate among analysts surveyed by FactSet.

On Monday Piper Jaffray analyst James Fish told clients that he has lowered his Cisco rating to neutral from the equivalent of buy. “Over the last few years, the macro-environment has provided a tailwind for networking vendors like Cisco. While digital transformation remains ongoing, we see less spending by Cisco’s customers as likely over the NTM,” Fish wrote.