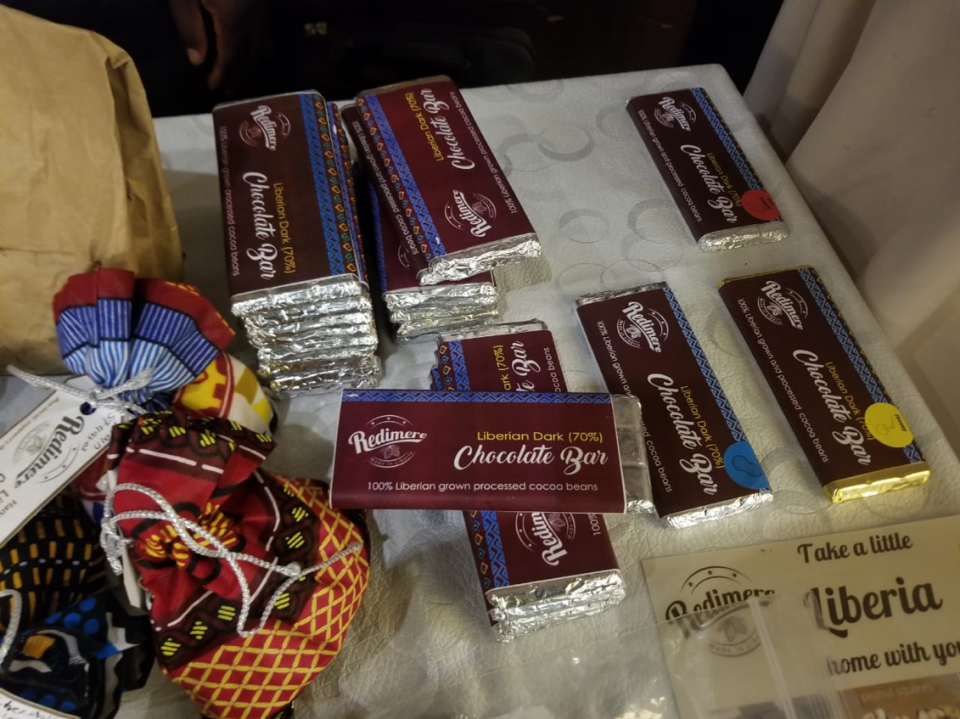 Monrovia – It all started in 2017 when some students and staff in the Agriculture Department at the Liberia International Christian College (LICC) in Ganta City began experimenting with processing cocoa beans.

The students soon discovered that they were able to make delicious rich dark chocolate with the cocoa beans that had been grown by local farmers throughout Nimba County.

Encouraged by the business, community members as well as the other students on campus were excited to taste for the first time ever, Liberian grown and made chocolate.

Since then, the business has established themselves as Redimere Chocolates and can now be found in stores in Ganta as well as Monrovia, with hopes to expanding even further in the future. Redimere chocolates is producing chocolate 70% dark chocolate, and cocoa tea.

G. Joshua Zemah, Production Manager of the company, Redimere chocolates, in an interview with FrontPageAfrica, explained the process of production: “We normally collect quality cocoa beans and place it in an oven since we don’t have a cocoa roaster, and because we don’t also have the widower to process the cocoa which we don’t have so we use our hands. Ninety percent of our work is done with our bare hands.”

Zemah says the company was established to help students pay their school fees. We want to help generate revenue for job opportunity, to help young people empower themselves. “We want to redeem the cocoa sector so the word Redimere chocolates is a lateen word meaning redeem.”

According to Zemah, it takes three days to complete production of   local chocolate, but he too has some challenges which is collecting better quality of cocoa beans.

Unlike many of its neighboring West African nations, Liberia is not known as a traditional mainstream producer of cocoa beans. It produces about 10,000 metric tons of cocoa beans a year, just 0.2% of world’s production. While this figure seems minuscule, up to 40,000 smallholder farmers in Liberia produce cocoa and rely on the crop for income and food security.

Despite the vital role cocoa plays, incentives and opportunities for producers to benefit from growing and selling cocoa beans are few. A sizable gap in production skills and a lack of reliable market access hampers the development of the sector.

Significant strides have been made to revive the cocoa sector since the Second Liberian Civil War ended in 2003. Farmers are organizing cooperatives to respond to market demands. However, Liberian cocoa is heavily discounted on the world market due to quality concerns, and very little value-addition takes place to take advantage of a growing global demand for single-origin, traceable cocoa products.