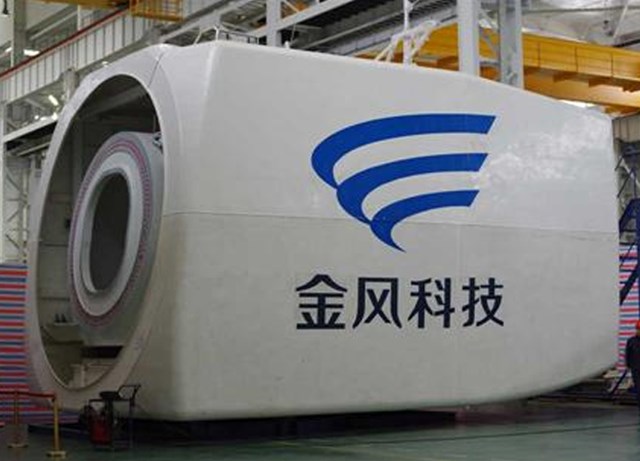 Chinese operations at “major” domestic and foreign turbine manufacturers have resumed, following the extended Chinese New Year holiday in the wake of the COVID-19 flu virus outbreak in Wuhan.

Global Wind Energy Council (GWEC) held discussions with Chinese and foreign turbine manufacturers, in the country, and was informed operations have now resumed, with the wind industry and government both working to find solutions to “minimise any adverse impact”.

Gearbox manufacturers, including NGC, Winergy, ZF as well as generator supplier Yongji and Vertiv, a wind power converter exporter, also confirmed that they resumed operations in the same week.

Though most facilities are not yet operating at 100% capacity and many office-based employees are still working from home, the resumption of production means that the recovery to business-as-usual has already begun, said GWEC.

According to GWEC, though delays are expected in the manufacturing supply chain January and February are typically slower months for Chinese companies, due to the Chinese New Year holiday period.

GWEC advised observers to “adopt caution in prematurely correlating a decline in production completely to COVID-19, although the virus will certainly be a factor in extending the slowdown”.

Developers evaluating the impact of COVID-19 on installations in the region believe that delays will be concentrated in Central and Southern China, rather than in North, Northeast or Northwest China.

As China is a large country with varying weather conditions, it is typically too cold to begin foundation construction work in the latter regions in the first quarter of the year, regardless.

More than 40% of new installations in China are located in North, Northeast and Northwest China, according to the Chinese Wind Energy Association (CWEA).

As South and Central China are significantly more populated, the two main concerns are logistical delays, as many roads are still blocked due to the virus, and workforce capacity, due to lockdown of cities and 14-day quarantine requirements.

While workforce capacity remains a concern, these logistical bottlenecks are not as severe for the offshore wind industry, according to GWEC.

Most offshore projects under construction are located in Guangdong, Jiangsu, Fujian and Zhejiang provinces, where there is less prevalence of the virus. As most offshore wind turbine and large component manufacturing facilities are near the coast and harbour, routes for deployment to offshore projects are shorter.

GWEC Market Intelligence has also been notified that the NEA has, in the week beginning 17 February, initiated an industry survey on the impact of COVID-19 to assess the value of extending the onshore wind feed-in-tariff deadline, set to expire on 31 December 2020.

The extension has been requested by the big five utilities in China, said GWEC, based on its conversations with industry.

GWEC Market Intelligence predicts COVID-19 will have less of an international impact on the global wind industry, compared with the situation in China.

The turbine factories of Vestas and Siemens Gamesa in China are located in Tianjin, close to a major exporting port, and the World Health Organisation has not issued a warning on cargo transport vessels from China.

It is also unlikely that countries will impose a unilateral import ban on Chinese goods as a precautionary measure for the virus.
For foreign turbine producers with facilities in China, “key concerns” centre on stabilising the flow of local components and increasing workforce capacity, which will have impact on their production output in February and March.

GWEC stated: “If these challenges cannot be resolved soon, foreign turbine OEMs that export to the US and Asia-Pacific markets from China are capable of mobilising their global footprint, employing untapped capacity in countries such as India to ensure they meet demand.

“This is the same strategy adopted by international gearbox suppliers under the current constraints of the US-China trade conflict.”

While COVID-19 will adversely impact the wind industry, the supply chain disruptions and installation delays will be moderate and focused to certain geographic regions, said GWEC.

GWEC stated: “The Chinese wind industry has already begun picking up speed in the week beginning 17 February. If the virus out of Hubei province is more or less under control by mid-March, we can expect a roughly two to three month delay in executing China’s wind energy project pipeline.

“If the spread of the virus continues to grow beyond March, the delay period may be extended. However, these delays will be manageable if the NEA agrees to extend the FiT extensions of onshore wind.”

Despite the material impacts and concerns of COVID-19, GWEC assesses that China will continue to be the world’s largest wind power market in 2020, for new onshore and offshore wind installations.