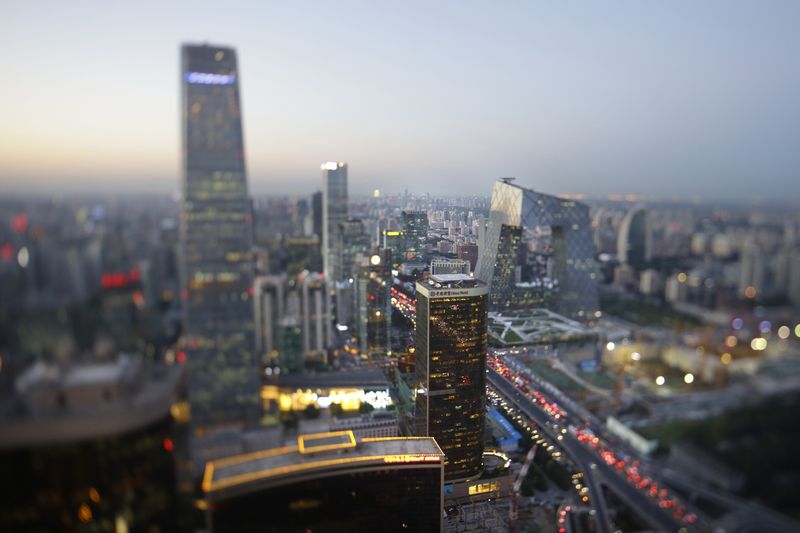 Investing.com – Chinese economic recovery hit a block in the road in January, with factory activity expanding at the slowest pace in seven months as falling exports orders and resurgent COVID-19 cases dampened sentiment.

The disappointing also highlighted the fragility of China’s recovery from the virus, with a resurgent number of COVID-19 cases reported in the country and a re-navigation of relations with the U.S. as the Biden administration took office.

Data released earlier in the day showed that the  was 51.5, lower than the 52.7 in forecasts prepared by Investing.com and December’s reading of 53. The due later in the week.

The Caixin survey follows disappointing official data released on Sunday. The for January was 51.3, against the 51.6 in forecasts and December’s 51.9 figure. The was 52.4, against December’s 55.7.

China reported a larger-than-expected 6.5% growth in for the fourth quarter of 2020, which was boosted by the surprising resilience in exports as factories scrambled to fulfil overseas orders as the number of global COVID-19 cases climbed.

However, a resurgent number of COVID-19 cases in the country’s northeast saw the reintroduction of restrictive measures such as lockdowns, impacting both production and consumer confidence.

“The gauge for future output expectations was the lowest since May last year though it remained in positive territory, showing manufacturing entrepreneurs were still worried about the sustainability of the economic recovery,” Caixin Insight Group Senior Economist Wang Zhe told Reuters.

“In addition, the weakening job market and the sharp increase in inflationary pressure should not be ignored,” the economist added, with factories continuing to reduce headcount at a faster rate in January.

Average input costs continued a sharp rise in January, with inflation rates only slightly easing from the three-year high reported in December. Increased raw material prices and supplier shortages also continued to soaring prices, according to the Caixin survey.

Disclaimer: Fusion Media would like to remind you that the data contained in this website is not necessarily real-time nor accurate. All CFDs (stocks, indexes, futures) and Forex prices are not provided by exchanges but rather by market makers, and so prices may not be accurate and may differ from the actual market price, meaning prices are indicative and not appropriate for trading purposes. Therefore Fusion Media doesn`t bear any responsibility for any trading losses you might incur as a result of using this data.

Fusion Media or anyone involved with Fusion Media will not accept any liability for loss or damage as a result of reliance on the information including data, quotes, charts and buy/sell signals contained within this website. Please be fully informed regarding the risks and costs associated with trading the financial markets, it is one of the riskiest investment forms possible.

Step into style this holiday season at Boot Factory Outlet