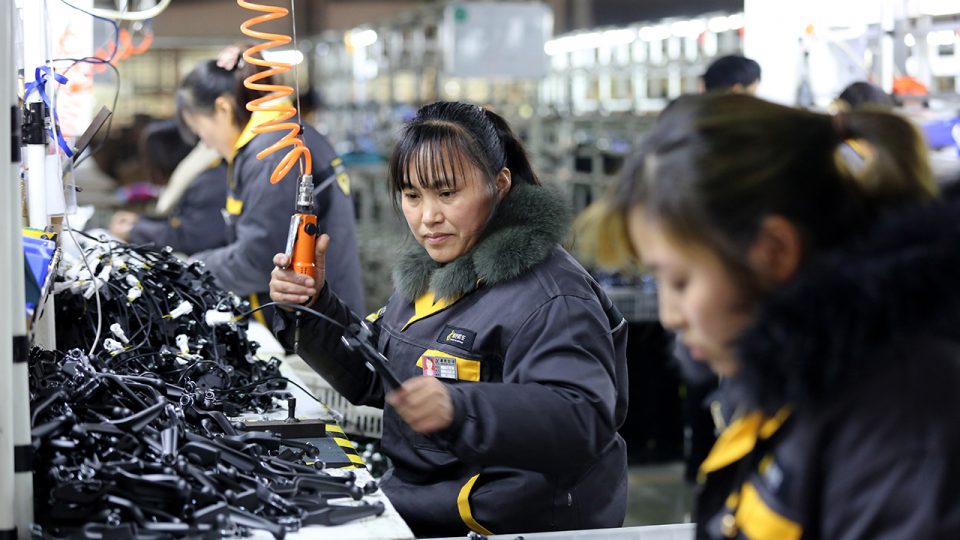 BEIJING – Activity in China’s factory sector rose in December as the world’s second-largest economy sustained its recovery to pre-pandemic levels, a business survey showed on Monday, however, increasing cost pressures slowed the pace of expansion.

The Caixin/Markit Manufacturing Purchasing Managers’ Index (PMI) fell to 53.0 from November’s 54.9, with the gauge staying well above the 50-level that separates growth from contraction but missing expectations and easing to the softest pace in three months.

Analysts polled by Reuters had forecast the headline reading would slip to 54.8.

CHINA WARNS OF RETALIATION FOR NYSE’S DELISTING OF COMPANIES

China’s vast industrial sector has staged an impressive recovery from the coronavirus shock thanks to surprisingly strong exports. The economy is expected to expand around 2% for the whole of 2020 – the weakest pace in over three decades but much stronger than other major economies still struggling to contain infections.

However, tougher coronavirus control measures in many of its key trading partners in the west could dent industrial demand, weighing on the recovery.

Activity in China’s factory sector rose in December as the world’s second-largest economy sustained its recovery to pre-pandemic levels, a business survey showed on Monday, however, increasing cost pressures slowed the pace of expansion.

“The negative impact of the pandemic on the domestic economy further subsided and the manufacturing industry continued to recover. Both the supply and demand sides continued to improve. Overseas demand also steadily increased,” Wang Zhe, senior economist at Caixin Insight Group, wrote in a note accompanying the survey release.

The private sector survey also showed input prices rose sharply, at the fastest pace since 2017, with pricier raw materials, especially metals, blamed for the increase. Chinese factories also laid off more workers than they hired for the first time in four months, although the decline was modest.

“We need to pay attention to the mounting pressure on costs brought by the increase in raw material prices and its adverse impact on employment, which is particularly important for the design of the exit from stimulus policies implemented during the epidemic,” said Wang.

“We expect the economic recovery in the post-epidemic era to continue for several months, and macroeconomic indicators will be stronger in the next six months, taking into account the low bases in the first half of 2020,” said Wang.