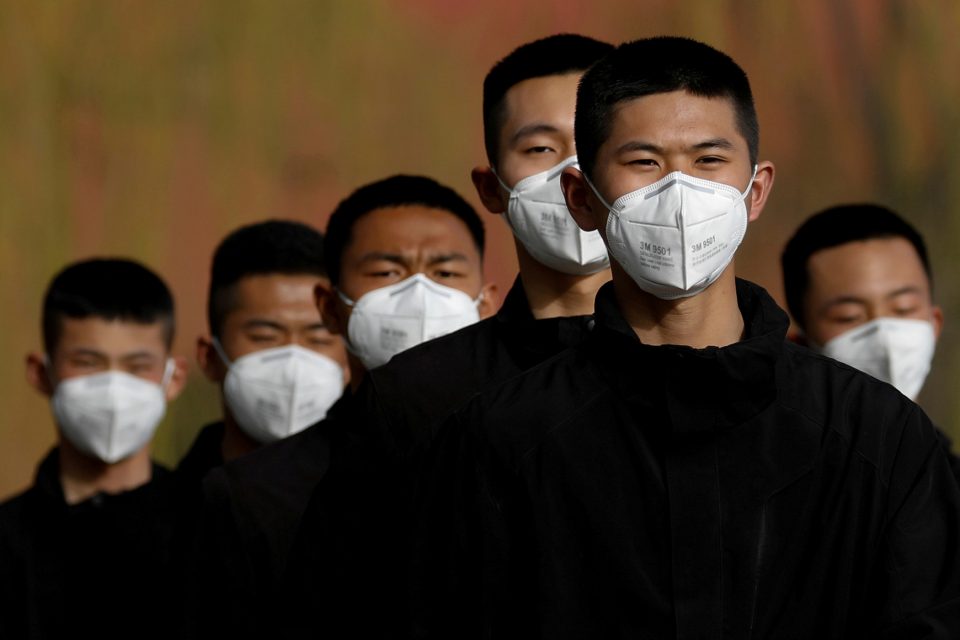 First, and egregiously, the United States caused vulnerability in medical drugs and supplies because Washington permits their manufacture in China, and thus has become dependent on the PRC for them.  As Americans are now acutely and painfully aware, antibiotics, antiviral drugs, masks and other personal protective equipment used by doctors, nurses, and hospital staff, and an entire litany of medical necessities are produced in China.  This introduces two major national security threats.  First, since the United States no longer produces most of the drugs and medical equipment it uses, and these are produced in whole or part in China, Beijing has the ability to embargo export to the United States, which it has threatened to use  during the current crisis.  The consequences of such a partial or complete medical embargo would be a direct threat to all Americans.  Second, in China, quality control can be poor, as is beyond the oversight of the FDA, which accordingly leads to the production of ineffectual or fatal medicines and medical products.

While the Wuhan virus highlights U.S. vulnerabilities in everything from antiviral medications to protective masks, this is not the first time Americans have suffered at China’s hands.  As Rosemary Gibson has documented, the fatal 2008 crisis over the blood thinner heparin was traced to contamination from Chinese suppliers.  Pet food with ingredients made in China was also contaminated, leading to the death of pets worldwide.  Few Americans know that China produces key ingredients to medicines in almost every area, from statins and birth control pills to medicines for Alzheimer’s, epilepsy, antidepressants, HIV/AIDS, to chemotherapies and other cancer drugs.  Over-the-counter drugs and supplements are not immune, with the active or inert ingredients in vitamins and antacids to pain relievers are produced in China.  If China stopped exporting medicines, America’s—and the world’s—hospitals would be in free fall.  Rationing would not work, panic, fear, and chaos would result.

This is the Achilles’ Heel that was made in Washington, New York, and other Western financial centers to close production in the West and move it to China.  The United States caused this vulnerability by permitting China to dominate the production of medicines and common medical kits, such as gloves and masks.  It impacts all Americans taking medicines or vitamins, or will do so, which is almost assuredly all Americans.  The United States must keep an industrial base to produce medicines, medical kit and equipment in the United States.  The entire pharmaceutical and medical supply chain needs to return to the United States and other producers in democracies, or we will be held hostage by our enemies in future crises.

Second, in January 2020 the Department of Homeland Security published a report of documenting PRC the costs and consequences of the PRC’s counterfeiting and piracy practices.  Counterfeit production in China and their violations of intellectual property rights augment China’s economic growth to the tune of hundreds of billions of dollars.  At the same time, the scope and depth of dishonest and corrupt business practices in China should have demonstrated for U.S. policymakers and Americans the dangers and consequences of allowing China to become the “workshop of the world.”

Third, and most importantly, it is China’s knowledge that is its greatest leverage.  China has learned how the West produces knowledge, funds its development, and employs it.  In sum, it has learned how to replace the United States.  Through its introduction to the Western economic ecosystem in the 1990s, and its flourishing in the decades since, China has gained knowledge of how the United States produces knowledge in its universities, businesses, and centers of technology.  This penetration has yielded its greatest ability to challenge the United States.  Western businesses have worked hand-in-glove with Chinese for a generation and have allowed China to siphon off knowledge and practices that greatly contributed to China’s rise.  Wall Street has permitted corrupt Chinese firms with sub rosa ties to the Chinese Communist Party (CCP), to raise capital on U.S. markets and learn its practices.  Western universities have cooperated with Chinese colleagues in pursuit of knowledge but also directly and indirectly to the benefit of the CCP and PLA.  Western laboratories and departments of mathematics and natural sciences depend on Chinese researchers and graduate students.  The Pentagon has welcomed the Chinese Navy to participate in annual exercises.  This collaboration came at a tremendous cost to the long-term interests of the United States and its allies.

The time when the health and economic wellbeing of Americans and the rest of the world’s population are suffering from a pandemic made possible by the CCP serves as the appropriate occasion to query how did the United States let this happen.  How could major medicines, for example, penicillin, in essence, be un-invented for American consumers, were China to embargo it in order to coerce U.S. policy by hurting Americans.  In how many other critical areas has the U.S. introduced vulnerability without the cognizance of the American people.  A possible silver lining of the Wuhan virus is to compel Americans and their government to address these questions and develop solutions.

Solutions may begin with the recognition that there is a fundamental difference between Communist dictatorship and democracy.  The former completely disregards human life and dignity in favor of advancing its strategic goals. Communist China has already weaponized the global supply chain to empower its tyranny and weakened the United States and its allies.  It will not hesitate to use it against the West in the future. The U.S. may not want to de-globalize completely, but it must de-couple from China.  Washington must never again allow Beijing to use its manufacturing power to hurt Americans and their allies. We can achieve this by trading with our allies whose values and governance model we share and by returning and rebuilding the U.S. manufacturing base to free ourselves from holding our health, liberties, economies, and societies hostage to the CCP’s ambitions and criminal disregard for the world’s population.

Bradley A. Thayer is Professor of Political Science at the University of Texas San Antonio and is the co-author of How China Sees the World: Han-Centrism and the Balance of Power in International Politics. Lianchao Han is vice president of Citizen Power Initiatives for China. After the Tiananmen Square Massacre in 1989, Dr. Han was one of the founders of the Independent Federation of Chinese Students and Scholars. He worked in the U.S. Senate for twelve years, as legislative counsel and policy director for three Senators.  They Tweet at @thayerhan1.

Anteing up the climate resilience