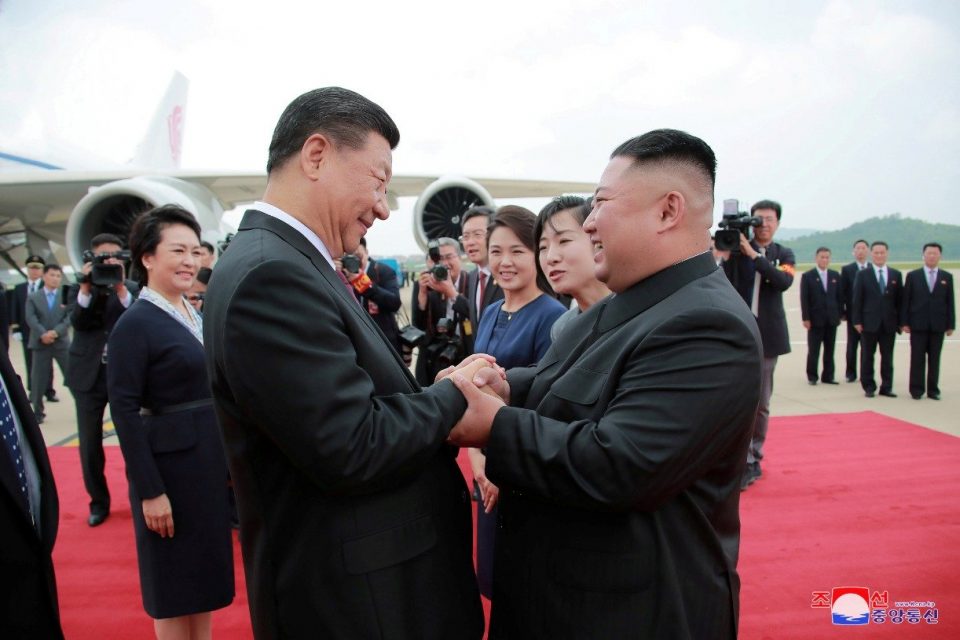 In his presidential campaign, Joe Biden has been sharply critical of Donald Trump’s policy on North Korea, calling it a diplomatic failure that has made the American people less safe and arguing that Trump has been making excuses for a dictator and a brutal regime. Under Joe Biden’s administration, North Korea policy would likely be reactive and limited in scope. His team would limit political risk and draw bright contrasts with the current Trump administration.

There are no definitive expectations of Joe Biden’s policies, but we can expect North Korea, as they’ve done with each new U.S. administration, to test Biden’s resolve as soon as he gets elected. North Korea’s provocations and Biden’s initial responses to them will likely define how his administration will deal with the Kim regime. President Barack Obama’s policy toward North Korea largely maintained Bush’s “half a loaf is better than none” strategy which accepts partial North Korean compliance as sufficient justification for maintaining negotiations and providing benefits to Pyongyang. Biden’s tone seems more drastic, referring to North Korean leader Kim Jong-Un as a “murderous dictator,” an accusation tantamount to treason in North Korea. In response, North Korea has reciprocated by launching a volley of insults at the former vice president, calling him a “rabid dog” who is greedy for power and deserves to be beaten to death.

Once elected, a gesture on the part of Joe Biden could show a willingness to break out of the current spiral he set in all previous debates by placing himself above emotional condemnations and understanding Pyongyang’s intentions. Like the Obama administration, once elected, Biden will likely propose a North Korean policy that oscillates between firmness and openness. Expanding the North Korean dialogue beyond the perennially persistent nuclear issue is a strategy that Biden might take once elected. Biden should learn from the Obama administration’s difficulties in attempted negotiations with Pyongyang, where the North Korean leadership would constantly change their demands, often at the last minute, to both disrupt the negotiations and to exploit what they perceive to be a weak negotiating position by the United States.

Kim’s confidence about his ability to manage the consequences of his bad behavior is likely to grow, potentially making him even more willing to take risks in the future and increasing the potential for miscalculation that might quickly spiral into a military conflict. North Korea’s strategy, perilous but calculated, has paid off, which only encourages Pyongyang to continue along this path, perpetually raising their demands. Primary among them: the withdrawal of U.S. troops from the peninsula. Biden supports continued negotiation but hasn’t yet mentioned his willingness for a dialogue unless Kim Jong-un takes concrete steps towards dismantling his nuclear program. Under these circumstances, Biden’s consideration for a military engagement cannot be entirely ruled out. Strategists on Biden’s campaign have also considered the possible option of military intervention should North Korea refuse to denuclearize.

In recent years, the United States has employed a carrots and sticks approach in dealing with North Korea and continues to prevaricate over the approach. This difficulty in defining a clear path reinforces Pyongyang’s uncompromising stance, and at the same time confirms the rise of China as the most effective mediator on the issue. Therefore, Beijing most likely has no interest in completely supporting Pyongyang’s dangerous foreign policy given the difficulty it presents in terms of bilateral and multilateral relations for the People’s Republic of China. Instead, Beijing skillfully exploits the North Korean crisis to insert itself in negotiations, thereby diminishing Washington’s influence. China’s posture has proven effective and will remain so under a Biden administration. In this scenario, U.S. diplomatic failures in Northeast Asia will not only play into Pyongyang’s hands but also China’s.

Patricia Schouker is an energy and security analyst based in Washington D.C. She is a Non-Resident Fellow at the Payne Institute Colorado School of Mines and an Associate Member of New College, Oxford University. Twitter: @Patricia_Energy.

‘People do not dare to consume’

Future AI toys may be smarter than parents and less protective