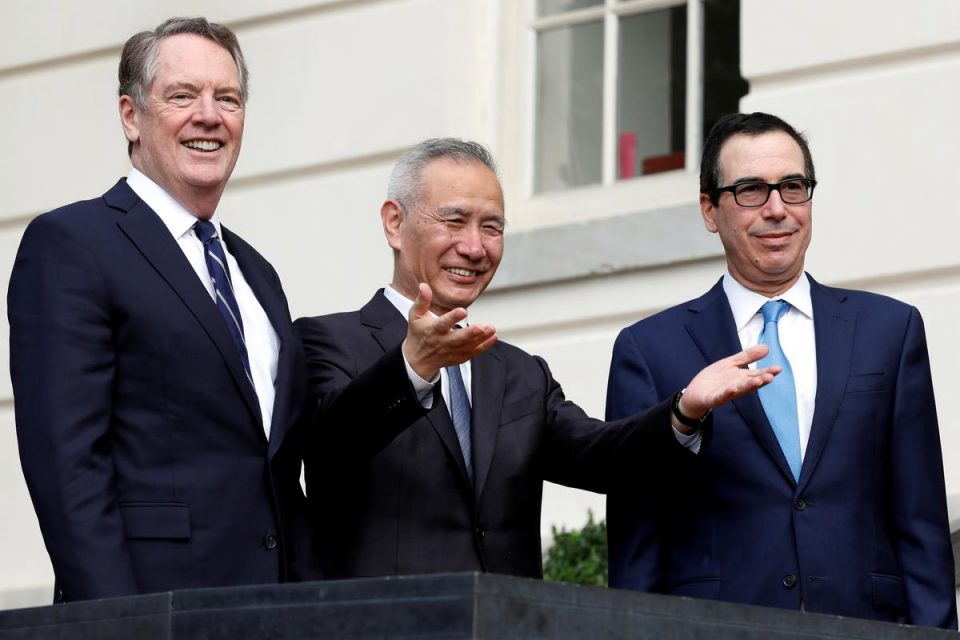 China’s Vice Premier Liu He, U.S. trade representative Robert Lighthizer and Treasury Secretary Steven Mnuchin were on the call. The two sides discussed each other’s core issues for the first phase of an initial trade agreement, and agreed to maintain close communication, according to Xinhua.

Xinhua gave no other details in its report on Sunday.

White House economic adviser Larry Kudlow said on Thursday the two countries were getting close to an agreement about ending their 16-month trade war, but he gave no further details on the timing of a possible deal.

The United States and China have been locked in successive waves of tit-for-tat tariffs that have roiled financial markets and threatened to drag growth in the global economy to its lowest rate since the 2007-2008 financial crisis.

An agreement had appeared likely in May, but those prospects were dashed after U.S. negotiators said China backed away from the text of a draft agreement.

Concerns flared again last week amid reports that the trade talks had hit a snag over how and when to reduce tariffs, and how much U.S. agricultural products China would commit to buy.

Time to get serious about mitigating disaster risk – Policy Options