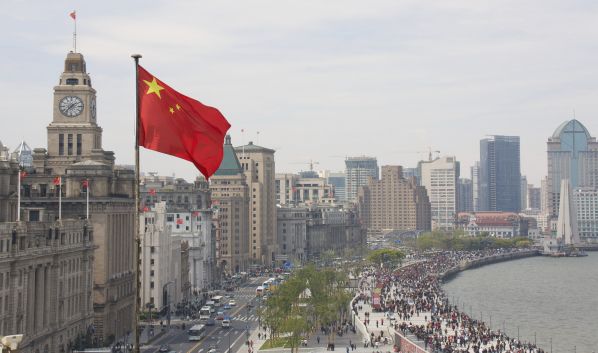 As many as three out of every four nutritional ingredients are sourced from China, but the country is turning inwards—which could destabilize the supplements supply chain, and much faster than anyone thinks.

While a small handful of core nutrients like vitamin C could rise to the level of national security, and thus elicit federal government intervention, the vast majority would not, especially botanicals, leaving the health and wellness industry in a precarious situation indeed.

“We are trying to continue as if things are normal with U.S./China relations and they are quickly destabilizing and becoming un-normal,” said Loren Israelsen, president of the United Natural Products alliance (UNPA) at the trade group’s annual retreat last month. “(Chinese president Xi Jinping) is looking at what’s happening in Ukraine and Russia very closely. They anticipate they will be frozen by the West just as we’ve seen in Russia. China is taking things out of global circulation.”

Since the Clinton administration, the Western world has offshored its manufacturing base to China, no questions asked.

But just how Europe is being exposed for the folly of its ways of getting so much of its oil and gas from Russia, America is quite possibly on the same path with its nutritional ingredients—the vast majority of which is sourced from China.

The difference is governments throughout Europe are keenly aware of the importance of oil and gas to its citizens. Nutritional ingredients are nowhere on the map of America’s leaders, save a handful of the biggies like vitamin C.

Israelsen relayed a harrowing recent trip to China where a meeting with a jurisdictional mayor was called off after waiting in the office for hours because the mayor had been taken away by the Chinese secret police, stripped of his title and possibly lost his life. He, the UNPA staffers and his Chinese liaison made a hasty exit themselves.

He said already 80 percent of the U.S. embassy staff has left the country. Meanwhile, the number of Chinese allowed to leave the country, Israelsen said, is going down rapidly.

The country has instituted a “social credit score”—essentially a social media credit rating and blacklist—that tracks users’ social media posts, and can dock one’s social score to the point where a person would not allowed benefits of others in the country such as flight bans or slow internet. While some say it is mostly to rate companies and mostly about positive reinforcement, 1 in 500 Chinese still receive a Social Credit-related penalty annually.

“We saw the same thing in Hong Kong. Anyone who could get out with their money would do so rapidly,” said Israelsen. “China is really turning inward. It’s unpredictable and really scary.”

Like with Russia and Ukraine, China also holds ambitions to take Taiwan under its complete control. China has begun flying military aircraft into Taiwanese airspace, and just this week launched its third aircraft carrier and is patrolling other ships into Taiwan waters just to see if there’s any pushback.

“Things are likely to change more quickly than we would have liked to have hoped,” said Israelsen. “We are vulnerable to these changes going on in China. We don’t have any high cards to play. We need to take measures as quickly as we can.”

“All of us are struggling with supply-chain issues in one way or another—even as consumers,” NOW Health Group CEO Jim Emme said. “No one has been able to successfully establish a foothold like Loren and his team under the most difficult of circumstances with Covid. I haven’t heard a better assessment.”

Even beyond realpolitik, costs are high and are remaining elevated. China is undergoing labor shortages in the big cities in the east, which is driving up labor costs and downstream raw material costs, said Israelsen.

In addition, China is also beginning to take environmental issues seriously. The regulations imposed on business are significant and are driving up raw material costs.

“They have realized they are building a giant sewage dump and they need to clean that up,” said Iraselsen.

And as everyone knows, fuel costs are rising. Shipping container costs—necessary to get ingredients from China to the U.S.—have gone from $5,000 to $25,000 during Covid, according to Melissa Mack, vice president of operations at Pharmore Ingredients.

Emme said his shipping container costs went from $2,500 to up to $15,000. For expensive ingredients, he said NOW will just airlift it to the Chicago O’Hare Airport, near the NOW production facility.

If not China, where?

The raw material sourcing story has always been one of finding the cheapest labor, preferable with a labor pool that’s educated. Europe is too expensive, and EU rules are complicated. For a while the shift went to eastern Europe before settling in with China.

But if not China, where?

“Mexico says to look at us as raw material suppliers,” said Israelsen. “But their soil has poor nutrients, and there are capital costs to produce there.”

Other countries in the southeast Asian sphere are seen as the next viable option, including Vietnam, Indonesia, Malaysia and South Korea.

“South Korea is a good spot,” said Israelsen, “but the problem there is they are in the crosshairs of military conflict. Are we just jumping from one hot spot to another?”

Even building out a U.S.-based supply has manifest problems, with the cost of labor being only one facet.

“Rebuilding the infrastructure can’t be done without substantial assistance of sort, loans,” said Israelsen. “So much needs to be done.”

If a crisis with China truly pinches the raw materials market, federal government intervention is seen as not likely.

India is seen as a leading contender, but even there remain issues to navigate.

“India is touted as the next golden boy for the world’s supply,” said Shaheen Majeed, CEO of BGG Americas, the leader in astaxanthin supply. Majeed was also previously CEO of Sabinsa, with global headquarters in India. “But India’s inner turmoil that refuses to see beyond one religion will hamper some growth. And there, too, quality checks will need to take utmost priority.”

Majeed said a continent like Africa, or even parts of Asia outside of China, have growth potential.

“Even South America has potential for more growth,” said Majeed, “and could be the place to introduce new ingredients, new products and new technologies that can shape future generations. I would also love for some of the manufacturing to return to the USA.”

Covid continues to cause ripple effects throughout industries and around the world. Even companies with solid supplier relationships and a healthy inventory are still not out of the woods—not if Israelsen’s chilling picture of the China crisis comes to full fruition. This is no time to rest on one’s laurels, but to begin looking at other areas to source. Even then, the crisis may hit before companies are ready to pivot.

“We’ve let this go on for too long,” said Israelsen.

Top Trends That Will Reshape Supply Chain And Logistics In 2020