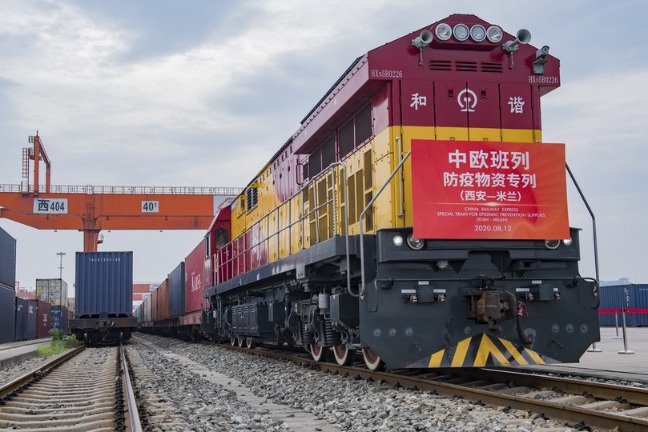 China is ramping up efforts to improve the service capability of China-Europe rail freight, providing much-needed freight service amid the COVID-19 outbreak, the country’s top economic regulator said on Tuesday.

The new move came in an effort to keep up with the rising demand for freight trains amid the COVID-19 outbreak which has hampered international air and sea transport, Meng Wei, spokeswoman with the National Development and Reform Commission told a news conference in Beijing.

More efforts will also be made to expand the service capability of Manzhouli, Erenhot and Alataw Pass stations, promote the upgrading and transformation of west, middle and east routes of China-Europe rail lines, and actively open up new routes overseas for the railway express, Meng added.

So far, those trains have reached 92 cities and 21 countries in Europe.

This year, the railway express has played an important role in maintaining smooth logistics and stable supplies between China, Europe and other BRI partners amid the COVID-19 outbreak. Nearly 8 million pieces of medical supplies totaling more than 60,000 metric tons have been transported via China-Europe freight trains since the beginning of this year.

Cathy Creswell: The government has failed children and young people in this pandemic | Society