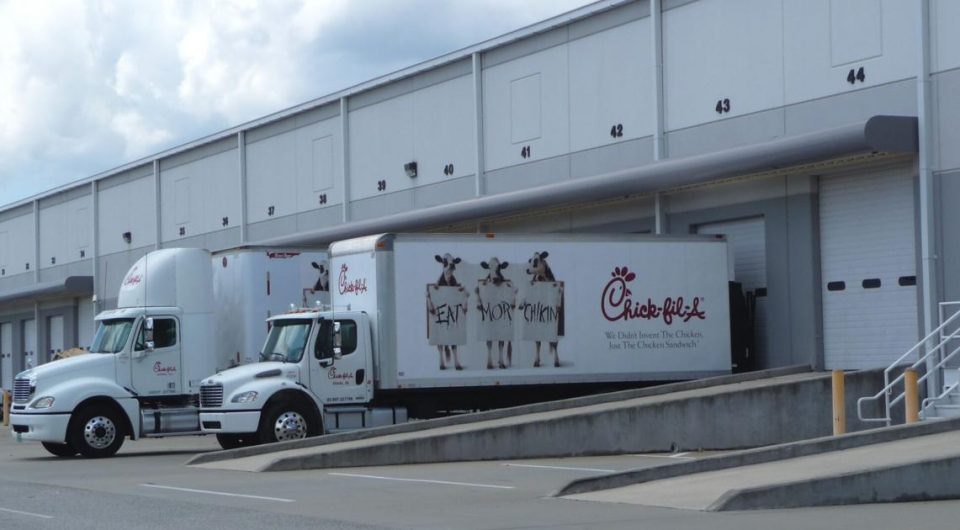 On Monday, November 2, the Mebane City Council unanimously approved an incentives package to bring a Chick-fil-A Distribution Center to Mebane. In addition, the Alamance County Commissioners voted to hold an Economic Development Public Hearing for incentives on the proposed facility at 7:00 p.m.. on Monday, November 16.

Alamance County Chamber of Commerce President Mac Williams came before both elected boards to recommend the approval of the economic incentives to bring this unique facility to eastern Alamance County.

Dave Fader, Senior Director in the Corporate Financial Services Group for Chick-fil-A, went into greater detail about the “Project Thunder” initiative, which would bring a 182,000 square foot facility on a 78.86 acre stretch of Park Center Drive. The facility would be to the immediate west of the Ford Plant along a nearby cul-de-sac.

“Chick-fil-A is seeking to build a new distribution center to service restaurants,” said Fader, adding that Chick-fil-A is one of the largest privately-held restaurant companies in the United States, with over 2,600 locations across the country, and more in Canada. The company currently employs approximately 200,000 team members across North America.

“What we’re recognizing as our business continues to grow is the pressure it puts on our distribution network,” said Fader to the Mebane City Council. “Now we’re looking to see how we can bring all this work in-house.”

Fader indicated that the company’s first in-house distribution center is in Cartersville, Georgia, approximately 60 miles from Chick-fil-A’s corporate headquarters in Atlanta. He mentioned that the 182,000 square foot facilty, which is set to begin construction in early 2021, will service approximately 175 restaurants, purely out of proximity.

The Distribution Center will support 160 new jobs, with an average salary of approximately $63,000 per job between transportation staff, warehouse support, and administrative staff. The annual payroll at the facility will exceed $10 million annually.

Chick-fil-A is scheduled to invest approximately $52 million into the project – $30 million in real estate, including the land and facility, as well as $22 million in personal property, including warehouse equipment and trailers. Trucks will be leased.

“At the current moment, it’s primarily going to be warehousing and distribution,” Fader said. “Our anticipated plan is to start as early as possible in early 2021. We feel we can be ready for full operation by end of quarter 1 or early  quarter 2 in 2022. Our goal is to deliver our first set of packages by July 2022.”

Fader added that Chick-fil-A does not own or operate any chicken processing centers, and no such processing activity will be taking place at this new Mebane site.

“We still purchase chicken from third party providers,” he explained. “Chick-fil-A does have a environmental sustainability. That’s paramount for us.”

“We are very excited about this proposal,” added City Council member Patty Philipps.

The incentives for Chick-fil-A to come to Mebane that the City Council agreed to includes waiving construction fees of up to $150,000 on the project, along with $780,000 in cash incentives spread out over five years. On November 16, the Alamance County Commissioners will take up a public hearing on the matter. If approved, the City of Mebane and Alamance County will share the incentive costs equally with Chick-fil-A.

“Our contracts are written with Chick-fil-A in mind. But it’s also written with us in mind,” explained City Manager David Cheek. “The grants never exceed a certain percentage. That $780,000 is 1.5 percent of the projected taxable value (of the proposed facility). If their taxable value winds up being $53 million, they will still get (the same amount). And it’s spread out over five years. The fees are waived regardless. And the county shares that cost with us of the lost waived fees. And that’s generally the contract.”

“We’re hopeful to be your choice. I think you’ll find Mebane a good place to do business if you do choose us,” Cheeks added.

By the Numbers: Jobbers and Wholesalers