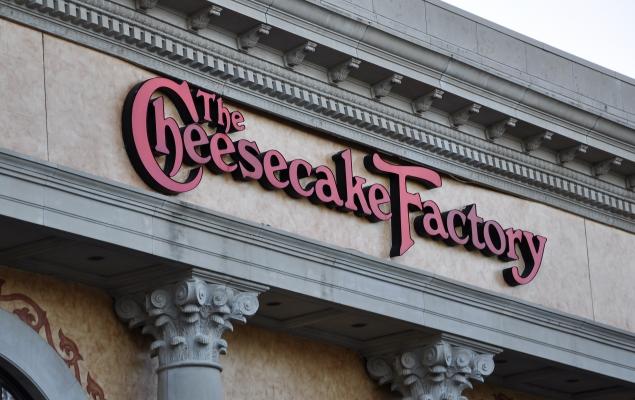 The year 2019 had been an encouraging one for the Retail-Restaurants industry. Cheesecake Factory (CAKE – Free Report) , which belongs to the same industry, is well poised to grow on the back of sales-building efforts, menu innovation, digitization and expansion strategy.

However, Cheesecake Factory has been suffering from higher labor and pre-opening costs, along with expenses related to sales initiatives. Also, fluctuating consumer discretionary spending and intense competition from other restaurant chains are potential headwinds. In the past year, shares of the firm have lost 7.6% against the industry’s 23.1% rally.

Let’s delve deeper into the factors that substantiate its Zacks Rank #3 (Hold).

Moreover, of late, it is foraying into lucrative markets like the Middle East, North Africa, Central and Eastern Europe, Russia, Turkey, Mexico, Kuwait, Lebanon and Chile. Moreover, the company plans to open five company-owned restaurants. Out of these, it has already opened the Gainesville, FL location during the fiscal third quarter.

During the fourth quarter, it expects to open three additional locations and one North Italia restaurant. Overall, management believes that there is potential to open more than 20 Cheesecake Factory locations in 2020.

Apart from brand revitalization efforts, Cheesecake Factory is focused on menu innovation, operational improvement and creating a better customer service platform. On the menu innovation front, the Super Foods program has increased consumer awareness of brands. The company launched its brown bread in grocery stores in the Southeast with nationwide distribution capabilities. Going forward, it intends to carry on with menu innovation by adding new Super Food items and the famous indulgences of The Cheesecake Factory.

Notably, the digital wave has hit the U.S. fast-casual restaurant space, as more and more restaurants are deploying technology to enhance guest experience. With regard to this, Cheesecake Factory’s technology-enabled initiatives are doing well, as is evident from the positive feedback on its mobile payment app, CakePay. The company signed an exclusive national delivery partnership with DoorDash and expects to reap benefits from these collaborative marketing opportunities. Moving ahead, it is set to grow the off-premise, online-ordering business via carry-out, delivery and catering. Resultantly, in third-quarter 2019, the off-premise business accounted for 16% of total sales.

Higher costs remain a concern for the company. Pre-opening cost of outlets — given unit expansion plans, expenses related to sales initiatives and higher labor expenses — are adding to its costs and are likely to hurt profits. In third-quarter fiscal 2019, the labor expense ratio was 36.4%, up 100 basis points from the year-ago period.

Cheesecake Factory operates in the retail restaurant space that is highly dependent on consumer discretionary spending. Consumers’ propensity to spend largely depends on the overall macroeconomic scenario. If the company does not make pragmatic use of advanced technologies to innovate across value chains, it has high chances of fading out like many other restaurant retailers.

7 Best Stocks for the Next 30 Days

Since 1988, the full list has beaten the market more than 2X over with an average gain of +24.6% per year. So be sure to give these hand-picked 7 your immediate attention.

Mayfield candle factory: Tornado rips through candle building in Kentucky, leaving many searching for loved ones