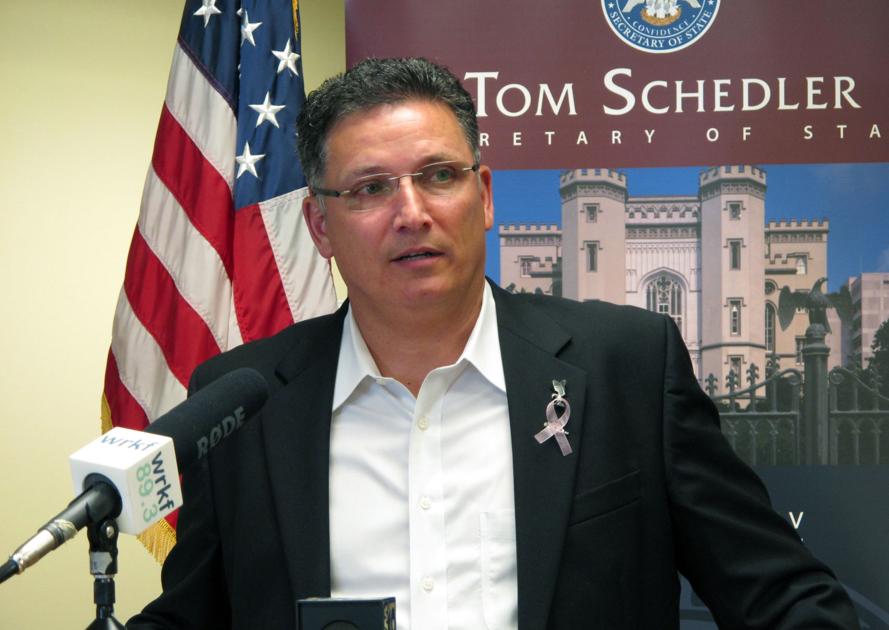 A change shrouded in secrecy will exempt Treasury Secretary John Schroder from key rules governing how he can disburse a huge pot of federal money to small businesses.

The change for the $300 million program was included Monday in an amendment to a spending bill sponsored by state Sen. Bodi White, R-Central. The amendment would exempt Schroder from procurement rules and regulations regarding the program to distribute the federal money to help small businesses remain afloat during the coronavirus pandemic.

White did not mention the change when he told senators about the various amendments added to House Bill 9, known as the “funds bill.” It transfers state dollars into special funds created by the Legislature for specific spending programs. This year’s funds bill also creates three funds to spend federal dollars sent to Louisiana under the CARES Act passed by Congress.

Asked Tuesday for the reason behind the change, White said, “I think it was a time thing. I’d have to go back and look at my notes.”

Senate President Page Cortez, R-Lafayette, said he was unfamiliar with the change.

Michelle Millhollon, a spokeswoman for Schroder, said in an email that the change “simply gives the treasurer’s office flexibility and clarity in awarding contracts for the Main Street Recovery Program. In order, for example, to ensure that the treasurer’s office isn’t limited in the type of contract that can be awarded, the amendment was needed. The goal is to expedite the distribution of funds to eligible businesses to cover eligible expenses.”

Small businesses in Louisiana could receive more aid in July; see how much, who’s eligible

The new language allows the treasurer to enter into consulting services, “professional services and Information and Technology Services contracts for the purpose of the procurement of any goods or services necessary to implement and expedite the distribution of funds appropriated for the Recovery Program as emergency procurements exempt from the provisions of the Louisiana Procurement Code and corresponding rules and regulations.”

The $300 million has been politicized from the start.

Edwards objected to the plan – he has staff to oversee the program while Schroder would have to start from scratch – but he signed the measure into law.

A cloud immediately arose after the Baton Rouge Business Report reported on June 22 that two political insiders are planning to apply for the $15 million contract to run the program for Schroder.

Top Republican calls on bidders on multi-million-dollar state contract to withdraw; here’s why

Jason DeCuir, a tax lobbyist and former Revenue Department executive counsel, and Joel Robideaux, a former House member and mayor-president of Lafayette Parish, teamed up after serving as the chair and the vice chair of the Louisiana Economic Recovery Task, which drew up the business-oriented agenda that lawmakers pursued during the 30-day special session.

After publication of the news story, House Speaker Pro Tem Tanner Magee, R-Houma, called on the two men to withdraw their bid, one of 11 to oversee the program.

“These are people who were deeply involved in setting up the program,” Magee said. “I don’t think they should benefit from it.”

DeCuir and Robideaux did not answer phone calls seeking their response.

Schroder hopes to begin disbursing the money in July and has estimated that about 450,000 small business owners – about 64,000 of whom are minorities, women, or veterans – could be eligible for grants up to $15,000 apiece.