MALVERN, Pa. — When Veronica Alario enrolled in Penn State Great Valley’s project management certificate program, she didn’t plan to get her Project Management Professional (PMP) certification from the Project Management Institute (PMI). Now, less than two years after finishing the program, Alario not only has her PMP credential, but also works as a change management specialist for PMI. 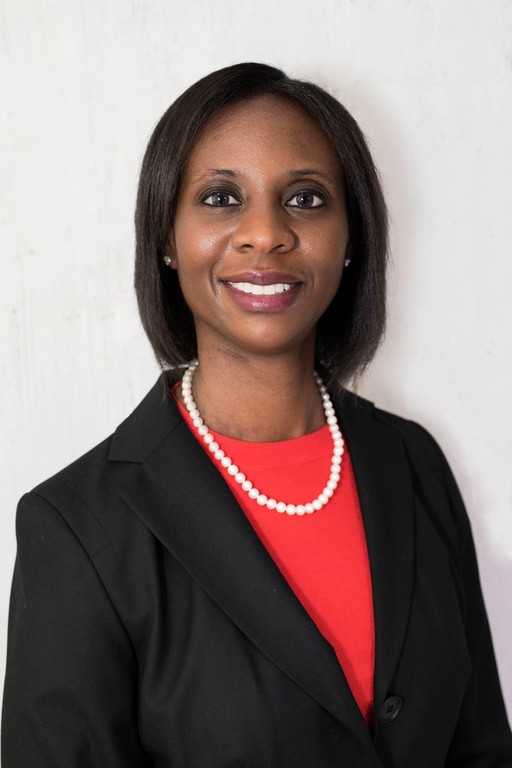 Alario never expected her project management journey would come full circle. In fact, when applying for her current position, she didn’t even know it was at PMI.

“It’s the strangest story,” Alario said. “I went to a recruiting firm’s website, I applied for a job, but they don’t tell you who their customer is. But, the job sounded interesting, so I applied. A couple of weeks later, I get a call from the recruiting firm asking if they could move forward and submit me as a candidate. Then, I asked them, ‘Can you tell me who the customer is?’ They said, ‘PMI. Do you know them?’ and I said, ‘You have got to be kidding me. Yeah.’”

To begin at the beginning

During the leadership development program, Alario noticed flyers promoting other Great Valley programs. Project management piqued her interest; the more she read about the program, the more excited she got.

So, a few months after finishing her leadership development certificate, Alario enrolled in the project management program. She had just started a new role as an IT project manager at MedScope and was able to apply concepts she learned in class to her work immediately.

“What I brought to them was, ‘Okay, why don’t we try using a statement of work? Why don’t we start doing training for the end users? Why don’t we start bringing in end users on the initiation of the project?’” Alario said. “It was just those little things that I helped initiate into the organization that were PMI methodologies. I brought some tools and frameworks that they could use.”

While the tactics were helpful in her job, Alario didn’t feel a need to take the PMP certification exam. By the end of the program, after constant encouragement from the instructors and her classmates, she changed her mind.

Alario didn’t want to study on her own, so she enrolled in Great Valley’s PMP exam preparation course. Although the amount of reading was initially overwhelming, she was motivated by instructor Michael Katz, who spent time with Alario outside of class to review material she struggled with.

She didn’t pass the exam on her first attempt but didn’t want to linger on the experience.

“I was like, ‘Let’s hit the books. Let’s get this done. I have a schedule and plan,’” Alario said. “I teamed up with Michael again. We met at Panera Bread. He helped me study a couple of hours here and there. I had a couple of classmates I met with and I finally passed it my second time in October. It was about three weeks after my first attempt.”

Around the same time, Alario started a new project management job. She was thrilled to bring her knowledge to a large company, but, about two months after she started, the company underwent organizational changes and Alario was one of about 500 employees laid off.

Alario wanted to find a new job, but that wasn’t all she wanted to do. Learning new skills and sharpening her current skills were important to her, so she turned to Ed Weckerly, director of professional programs for advice.

When Weckerly told Alario about Penn State Great Valley’s six sigma certificate, Alario decided to enroll. Students in the program are required to develop a process improvement for a work situation; since Alario wasn’t working at the time, she focused on IEPs in the public school system, based on problems she was having working with her son’s school district on his IEP.

Alario admittedly found it difficult to differentiate six sigma and project management thought processes at first. Instructors Kyle Hanlan and Marc Hanlan worked with her outside of class to help her understand the differences; at the end of the program, Kyle Hanlan praised Alario’s process improvement project as “capturing the essence of six sigma” and has encouraged her to present it to her school board.

“The instructors I’ve had are my mentors to this day,” Alario said. “I just can’t say enough about the mentors you have there and how they’re willing to give up their time. I think that’s invaluable.”

Hanlan wasn’t the only one impressed by Alario’s grasp on six sigma concepts. She discussed her project, six sigma concepts, and ideas from the other programs during her interviews with PMI. Less than three weeks after her first interview, PMI offered her the position.

The road to come full circle wasn’t easy; Alario wrote about her time being unemployed in LinkedIn article, reflecting on the importance of seizing opportunities. At the time, she didn’t know her Great Valley classes were opportunities, but they turned out to be key aspects of her journey, all building up to her current position.

“Starting with the leadership program, it taught me how to articulate myself, how to create buy-in,” Alario said. “Then, with project management, now that I know how to articulate myself and lead people and generate buy in, how do I actually run a project? It then led me to, ‘Okay, now that we have a project and it’s finished, we’re going to have improvements.’ Six sigma. How can we improve this process incrementally and sustain it? Everything just kind of lined up and ramped up for me.”

Factory audits: how they work – and what they reveal | Business