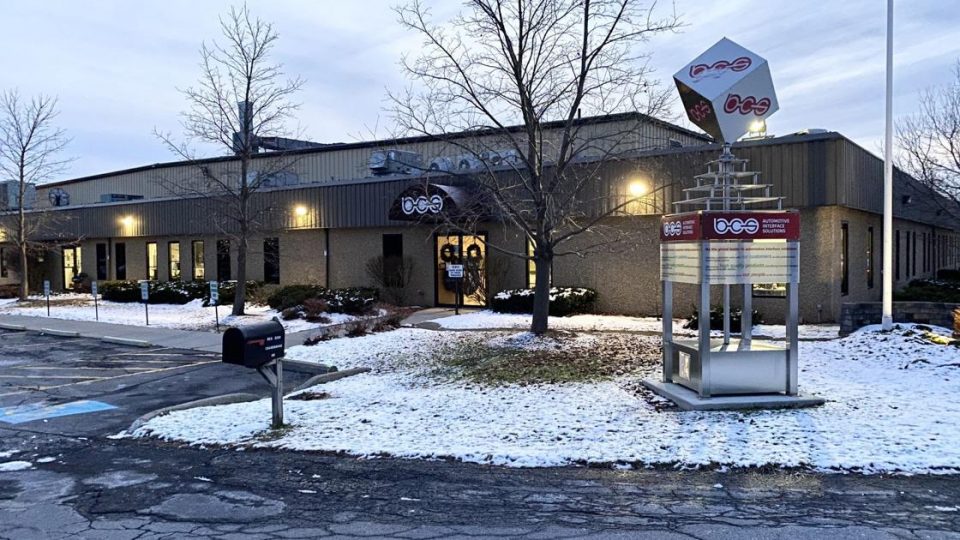 BCS Automotive Interface Solutions is moving ahead with plans to close down its Aurelius plant, although the timetable has been pushed back by a few weeks.

In a recent filing with the state Department of Labor, the company said its final employee layoffs would be taking place between Jan. 8 and Feb. 28. When it first announced closing plans in March, BCS employed 204 people at its Cranebrook Drive facility.

At that time, BCS said it would end local operations in the fourth quarter of 2020. But a filing posted Nov. 19 by the labor department’s Worker Adjustment Retraining and Notification program said the actual closing will be in early 2021. The company said 135 employees will be affected in the final round of job eliminations.

Known for many years as TRW Automotive, BCS said the Cayuga County site’s work would be shifting to factories in Mexico and Minnesota. The company first disclosed it was evaluating its sites for consolidation in December, citing a global slowdown in the automotive industry. The company produces component parts, mainly sensors and key fobs, for motor vehicles.

TRW became BCS in 2018 when the business was purchased by China-based conglomerate Luxshare Limited from German automotive supplier ZF Friedrichshafen, which had purchased TRW in 2015.

BCS has said it will put the Cranebrook Drive building up for sale. The 62,500-square-foot facility, built in 1985 when TRW expanded from a now-closed Union Springs site, is assessed by the town of Aurelius at $1.89 million, with a full market value of $2.27 million based on the town’s equalization rate.

With a weekly newsletter looking back at local history.

Thankfulness for truck drivers — WHAT THE TRUCK!?! (with video)

The Momentary, a cheese-factory-turned-contemporary-art-venue, reopens its doors – The Architect’s Newspaper

No Players Elected To Hall Of Fame