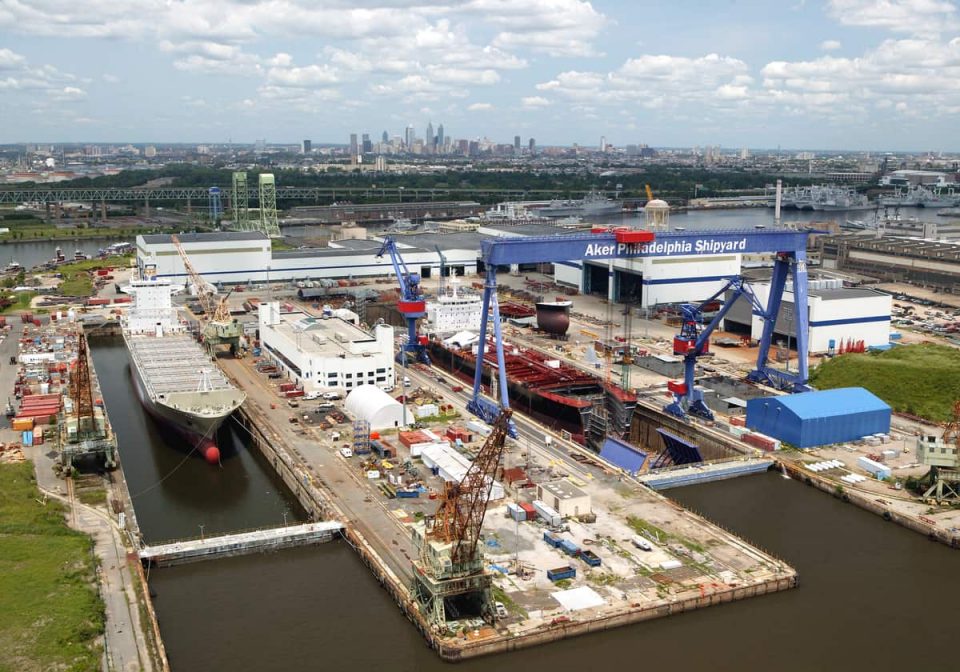 The Cato Institute, a Washington-based policy group that has been campaigning against the Jones Act, has released a policy analysis paper claiming the law, widely seen as a keystone of U.S. maritime policy, actually “undermines U.S. shipbuilding and national security.”

The Jones Act requires vessels engaged in cabotage — the domestic transport of goods between points in the U.S. — be built in the United States, be crewed and owned by U.S. citizens, and be registered in the U.S.

Ocean-going Jones Act ships connect Alaska, Hawaii and Puerto Rico with the mainland of the United States and are used to move petroleum products along the U.S. coastline, for example.

While the Cato Institute study focuses on large, ocean-going vessels, most Jones Act vessels are tugs and barges or ships that operate on rivers such as the Mississippi, the Great Lakes, or in coastal waters.

The American Maritime Partnership AMP), which advocates for the domestic shipping industry, says “40,000 Jones Act vessels operating in the domestic trades support nearly 650,000 American jobs and $150 billion in annual economic impact.” AMP says “five indirect jobs are created for every one direct maritime job, which results in more than $41 billion in labor compensation.  The industry moves a billion tons of cargo every year, which plays an important role in relieving congestion on the nation’s crowded roads and railways.”

In testimony this April to the U.S. Senate Committee on Commerce, Science, and Transportation’s  Subcommittee on Security, Buzby said, “Jones Act vessels employ U.S. mariners and ensure that vessels navigating daily among and between U.S. coastal ports and inland waterways operate with U.S. documentation and a majority American crew, rather than under a foreign flag with foreign crew. The American mariners of the Jones Act fleet are our ‘eyes and ears’ in domestic ports and waters and add an important layer of security for our nation. In addition, Jones Act requirements support U.S. shipyards and repair facilities, and sustain supply chains that produce and repair American-built ships (including Navy and Coast Guard vessels).”

But in a 21-page analysis, provocative titled “Rust Buckets: How the Jones Act Undermines U.S. Shipbuilding and National Security,” Colin Grabow, a policy analyst at Cato, says that claims the Jones Act can “help foster a merchant marine and shipbuilding and repair capability that can be harnessed by the United States in times of war” are misguided and “more of an article of faith than the product of rigorous analysis.”

Grabow suggests there is an inherent conflict between protection for U.S. shipbuilding and the desire for a robust U.S.-flag fleet.

The report says the number of ocean-going Jones Act ships has dropped from over 400 in 1950 to 99 today.

Grabow cites a 2019 Congressional Research Service report “Shipping Under the Jones Act: Legislative and Regulatory Background” that cites reports saying that it costs four to five times more to build a ship at a U.S. shipyard than at an overseas locations. He says that premium “amounts to a massive subsidy” to the U.S. shipbuilding industry.

He suggests foreign-built ships should be allowed to trade domestically and notes that many of the ships the U.S. military would depend on for sealift were built overseas. He says 30 of the 46 vessels in the Ready Reserve Force — government-owned ships that can be used for surge sealift in a time of war — were built overseas and that all of the 60 ships that participate in the Maritime Security Program (MSP) are entirely foreign-built. The MSP provides privately owned U.S.-flag commercial ships engaged in foreign trade a stipend in exchange for a promise to make the ships available to the government in time of war or national emergency.

“In a world where ships are ubiquitous and shipbuilding capacity for all kinds of vessels is deep and broad, the Jones Act could contribute to national security by focusing on the objective of ensuring a ready reserve of trained mariners to crew our sealift ships,” Grabow said. “If the Jones Act’s onerous and unusual domestic-build requirement alone were repealed, the supply of ships and the demand for mariners would rise.”

He says that Jones Act ships may not be available for use during time of war because they may not be the type of ships needed by the military. In addition, even in time of war they may be needed to move cargo domestically. “Pulling ships from those trades could introduce considerable havoc through the disruption of key supply linkages,” he says.

In addition to getting rid of the “build-America” requirement, Grabow suggests the government create a civilian Merchant Marine Reserve, in which commercial mariners would receive training on new ship technologies and military knowledge and skills. Members of the group would be compelled to report for duty in time of war, but they would also be eligible for benefits as veterans.

He notes that federal funding of such a reserve force “would be a much more equitable system of providing military sealift. Under current arrangements, the cost of the Jones Act is disproportionately borne by the country’s non-contiguous states and territories that heavily rely on ocean transport for their trade with the U.S. mainland. This means that, to the extent the Jones Act provides a sealift capability for the U.S. military, it is disproportionately paid for by citizens of these states and territories, including poverty-stricken Puerto Rico.”

Grabow also suggests that the government might subsidize merchant mariner salaries or even allow foreign mariners to serve as crew members on U.S.-flag ships during wartime.