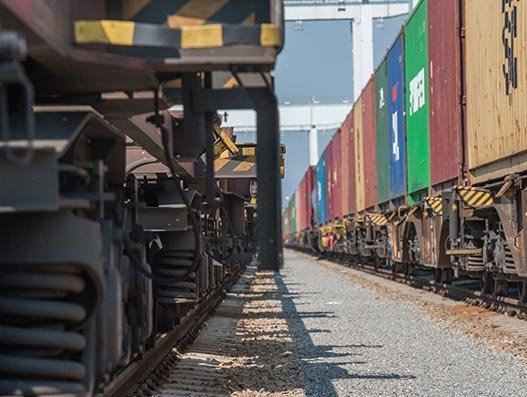 cargo-partner introduced two new weekly LCL direct connections between Duisburg and Hefei as well as between Linz and Xi’an. With a transit time of around 16 days, numerous customers make use of the rail transport solutions. This development is made in response to the capacity shortages in transport between Europe and China due to the impacts of the novel coronavirus pandemic. cargo-partner is offering a range of additional options.

Duisburg to Hefei every Saturday
One of these is the new weekly rail consolidation service from Duisburg, Germany, to Hefei in Central China. Shipments can be picked up via cargo-partner’s dense network of hubs throughout the entire region of Western Europe, including Italy. The first container was loaded two weeks ago in Duisburg and departed on March 21; the second container followed one week later. Transit times to Hefei amount to approximately 16 days. Modern GSM tracking tools ensure transparency throughout the supply chain.

Linz to Xi’an every Friday
In addition, the weekly rail transport offering was extended by a consolidation service departing every Friday from Linz (Austria) to Xi’an. The service includes pickup from Central and Eastern Europe as well as distribution throughout all of China. Transit times for this connection also average around 16 days. Thanks to direct transport without transshipment, cargo-partner’s direct LCL service enables fast door-to-door transit times and helps avoid the risks of unloading and reloading.

On the “Iron Silk Road”
“The new Iron Silk Road has been a success story for a long time, even before the current crisis. We are convinced that it will become even more important in the future – not just for shipments from East to West, but also for eastbound transports.” This is the assessment of cargo-partner’s CEO, Stefan Krauter.

The company has been organising full and part load container transports between Asia and Europe by rail for over half a decade and has a long-standing reputation as an experienced provider of rail transports across the “New Silk Road”. The volumes and routings handled by the logistics provider on this route have been continuously growing.

cargo-partner’s rail transport services include door-to-door distribution and storage with a range of value added services such as stuffing, unloading, palletising and securing of containers as well as comprehensive customs clearance support and expertise in Europe and China.Since rail transport is up to 50% faster than sea-freight and up to 60% more cost-efficient than airfreight. The low CO₂ footprint is a welcome side-effect.

Should You Prepare for a Supply Chain Shortage?