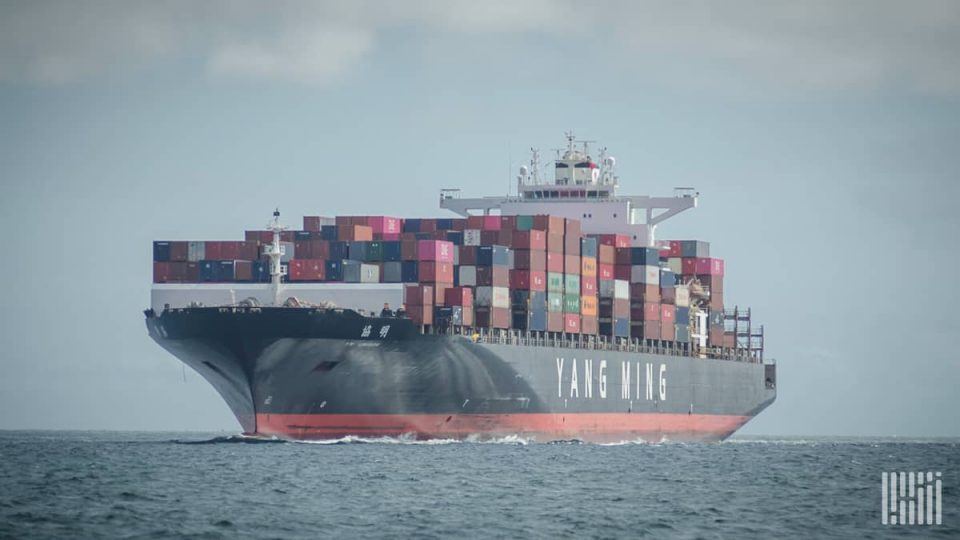 The board of Yang Ming Marine Transport Corp. has elected Cheng Cheng-Mount as chairman and chief executive officer.

Effective Thursday, Cheng succeeded Hsieh Chih-Chien as leader of the Taiwanese container carrier. Cheng was appointed by the National Development Fund, Yang Ming’s second-largest shareholder, to the company’s board of directors in 2018.

Cheng, who earned a master’s degree in economics from the University of Wisconsin-Madison, began his career as an assistant research fellow at the Taiwan Institute of Economic Research. He was the chief economist at Citibank Taiwan Limited; president of the Academy of Banking and Finance; president of the Agricultural Bank of Taiwan; vice chairman of the Financial Supervisory Commission; and deputy minister of the National Development Council.

He has more than 20 years of logistics experience, including senior business development roles with Agility, Hansa-Meyer and CEVA. CVI said he also has logistics and operations experience with major shippers, “enabling him to emphasize customers’ needs and to constantly focus on delivering value.”

The TT Club, a global transport and logistics insurer, has appointed Abdul Fahl to serve as the TTMS (Gulf) director.

The move follows the return to London from Dubai of Julien Horn, who will continue in the position of portfolio underwriter for the Middle East, eastern Mediterranean and African regions, the TT Club said.

Fahl has been with the TT Club in London for seven and a half years and most recently served as a senior claims executive. The TT Club said he has a wealth of diverse experience in claims and legal affairs.

“It is fantastic to have Abdul ready and able to step in to build upon Julien’s great work in the region,” said Mark Argentieri, the TT Club’s EMEA regional director. “His presence in Dubai will assure members of our continued drive for the very best standard of service for which TT has become rightly known. In his new position, Abdul will be adept at introducing new ways to deliver added value and local service through vital local two-way communication to an expanding regional membership.”

Drew most recently headed Etihad Airways’ global sales organization across Europe and the Americas. He previously served as vice president of cargo at Jet Airways. From 2005 to 2014, he held senior positions with Etihad Cargo.

Otávio joined LATAM Airlines Group in 2015, initially working in cargo planning and commercial areas. Since 2019, he has served as vice president of operations for LATAM Cargo Brazil.

LATAM is headquartered in Santiago, Chile.

She spent the past five years as vice president of cargo pricing and interline at Emirates SkyCargo. Before that, de Brujin held several executive roles at Air France-KLM/Martinair Cargo.

Qatar is one of the largest airfreight operators in the world by volume.

Srirambhatla joined Blue Ridge in 2017 and has served as vice president of product development. He previously worked as a senior director of global services at Steelwedge and a senior business systems analyst at Honeywell International.

Blue Ridge said Srirambhatla was instrumental in the development of its newest product, Supply Chain Planning 180, which leverages new machine learning and artificial intelligence-enhanced features that unlock the science behind demand sensing capabilities.

Members of the World Shipping Council (WSC) have marked the organization’s 20th anniversary year by developing a future framework for its operations that calls for a larger, more inclusive board of directors to better reflect the diversity of the WSC’s membership.

Widdows, chairman of the WSC board since 2008, also announced that he will step down when a successor is elected later this year.

As part of its preparation for the next twenty years, WSC has also filed an agreement with the Federal Maritime Commission to continue its policy of strict compliance with regulatory requirements everywhere WSC operates.