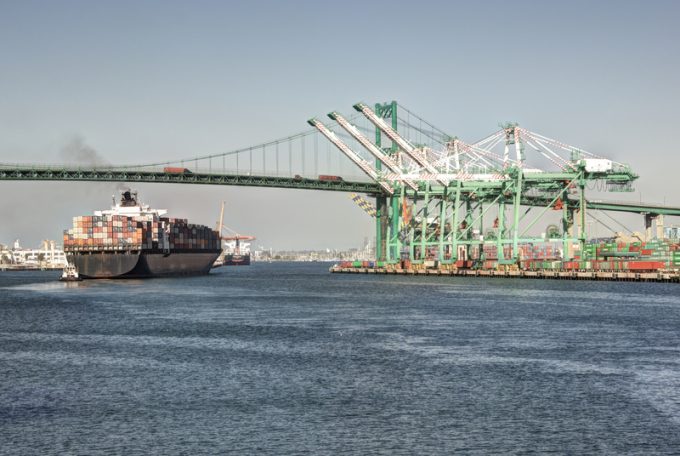 There is growing evidence that capacity restrictions on the Asia-Europe ocean trades, in terms of both vessels and equipment, are a direct result of the transpacific demand boom.

According to new research from liner consultancy Sea-Intelligence, recent capacity injections on the transpacific are expected to limit the ability of carriers to bring more slots and containers to the Asia-North Europe trade.

Sea-Intelligence’s latest Trade Capacity Outlook data suggest planned capacity growth on the transpacific in December will be four times higher than in the Asia-Europe trade, and eight times higher in January.

As a consequence of the extremely strong demand boom in the transpacific, carriers have, quite naturally, diverted capacity onto the transpacific – both to capitalise on the much higher freight rates, but of course also to physically move the large volumes suddenly requiring shipment,” said Sea-Intelligence CEO Alan Murphy.

“However, there is a finite number of vessels available, and suddenly re-routing this capacity means a lower capacity growth for Asia-Europe.

“If we are poised to see a similar boom in demand on Asia-Europe, shippers on that trade are about to experience very tight capacity and sharply increasing rates,” he added.

The analysis chimed with many anecdotal reports to The Loadstar in recent weeks. One Asia-North Europe forwarder said: “One of the reasons we are finding it so difficult to get equipment in Asia is because it is all going to North America, because the freight rate is so high.

“But it is not just the carriers; it is also the shippers – all are favouring the North American market because their products are so much more profitable there,” he said.

According to the Sea-Intelligence data, capacity on the headhaul eastbound transpacific trade is set to increase year on year by 27.3% in December, compared with year-on-year capacity growth of 6.7% on the Asia-Europe trades, which, Mr Murphy noted, “in the longer historical context, is not an exceptional increase”.