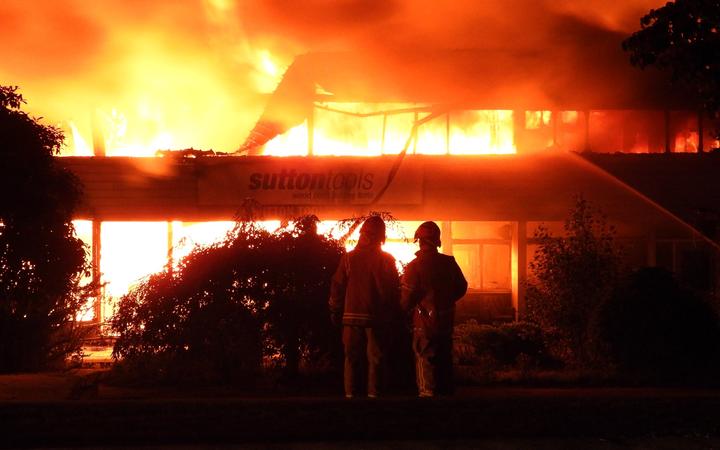 Residents from more than 30 houses were evacuated to a nearby school when a fire broke out in a Canterbury factory overnight.

Firefighters at the Kaiapoi factory fire that broke out last night.
Photo: AT the lens photography / Angela Torrie

Emergency services rushed to a scene on Dale Street, in Kaiapoi, just after midnight.

Fire and Emergency crews are still working to extinguish the blaze and will be mopping up the scene this morning.

Police said nobody was injured, but nearby residents were evacuated to Kaiapoi North School.

Fire investigators are expected on the scene later this morning. 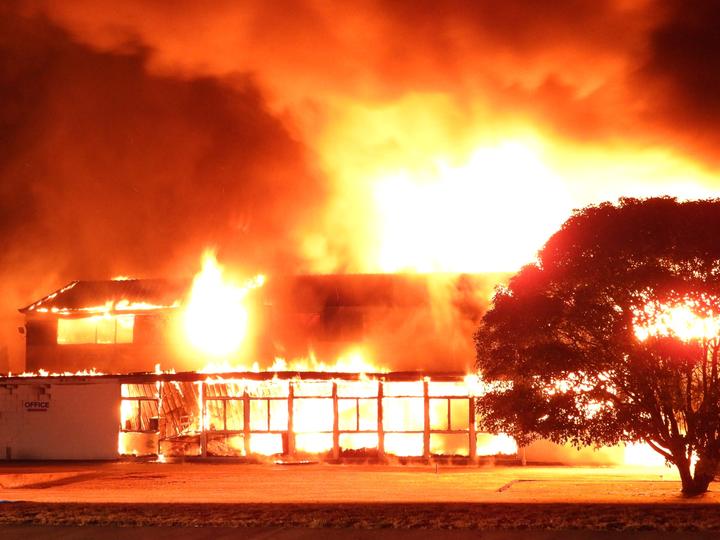 The fire led to the evacuation of more than 30 nearby houses.
Photo: AT the lens photography / Angela Torrie 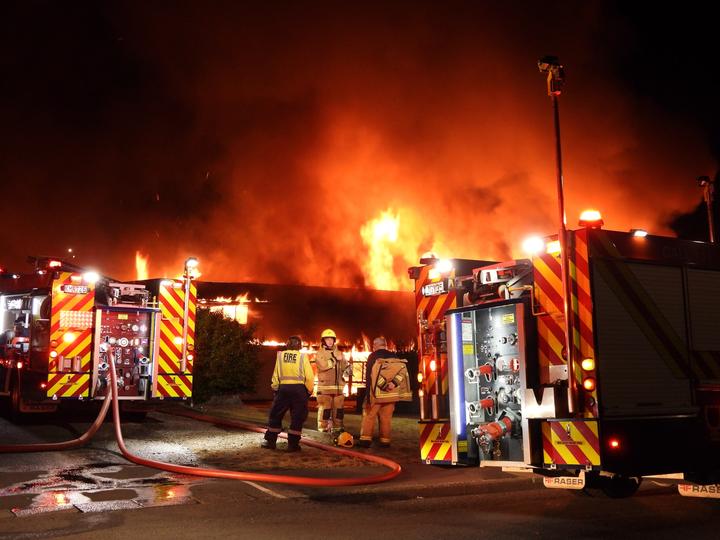