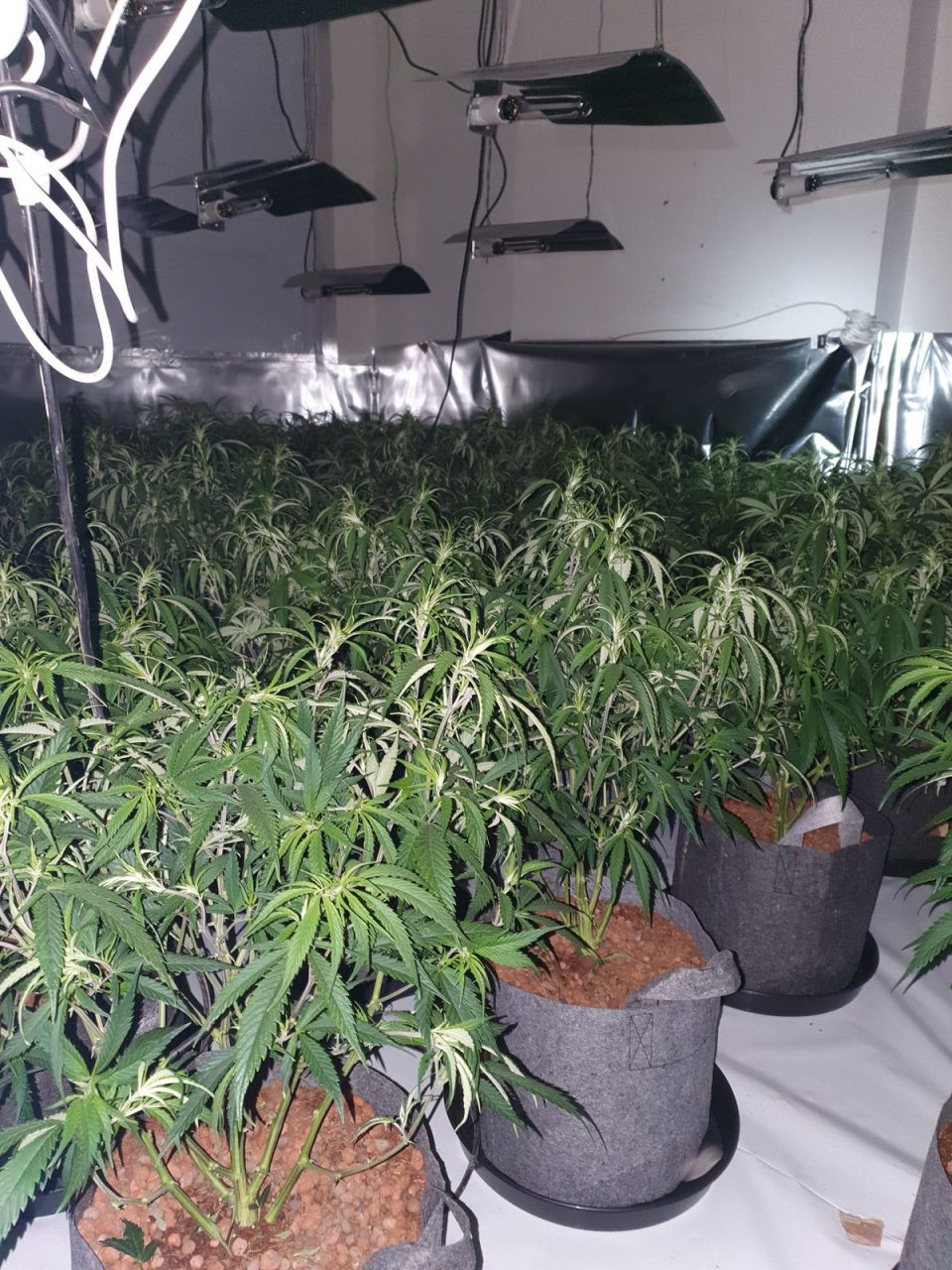 West Midlands Police is carrying out an investigation into the illegal operation found at Bridge Street Trading Estate, in Smethwick, Sandwell.

The unit was raided just before 1pm on New Year’s Eve.

They have all been bailed ahead of further questioning in police custody later this month.

Two vehicles have also been seized as part of the probe.

Officers discovered that electricity was being bypassed to power the makeshift factory.

West Midlands Police did not say how many plants were found or the value of the finds.

However a photograph taken from the scene showed dozens of plants growing inside a building. The marijuana plants were housed in makeshift pots.

Artificial lights could be seen hanging from the ceiling alongside a number of wires.

A spokesman for the force said: “Officers carrying out enquiries at a unit in Bridge Street Trading Estate, just before 1pm on New Year’s Eve, discovered a cannabis factory.

“Six people – five men and a woman – were at the location and arrested on suspicion of cannabis cultivation.

“All have been bailed until January 27 when they will return into police custody for more questioning.

“Two vehicles were also seized. The electricity supply had also been bypassed.”

It is the latest cannabis factory to be found in the Black Country.

Last month, more than 1,000 cannabis plants were found growing inside Oakdale Trading Estate in Kingswinford, Dudley. It led to the arrests of two men.

There is no suggestion this was connected with the find at Bridge Street.

In August, police found a £3m cannabis farm growing inside the old Kenrick building next to the M5 in West Bromwich.

It was believed to have been in operation for six months and was one of the largest ever found by West Midlands Police.

Growing cannabis is a lucrative trade which can make dealers easy cash. West Midlands Police estimates the average cannabis plant has a street value of £1,000.

Last year, figures obtained by the Express & Star showed that a cannabis factory is seized by police every three days.

COVID no problem for florist | News