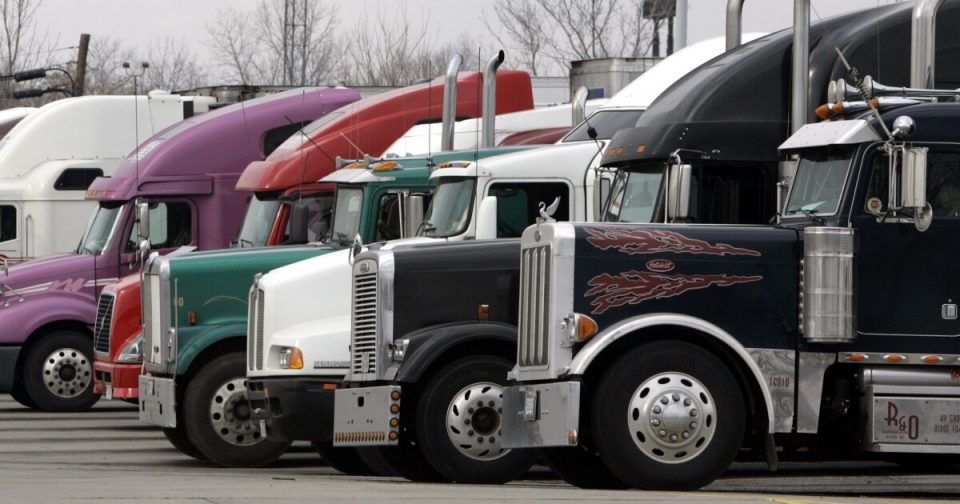 Both Canada and the United States are gearing up to deny entry to unvaccinated truckers from the opposing country, a threat to supply chains.

On the other side of the border, on Jan. 22, a reciprocal U.S. mandate for Canadian drivers is set to go into effect. Canadian truckers who don’t have both shots will be denied entry into the U.S. after that date.

The change would be the first time that either country has restricted trade because of vaccination status since the start of the pandemic nearly two years ago. While it is not yet known how many truckers will be affected, it will cause some trouble for businesses that rely on trucking in both countries.

“If you’re a Canadian company that sells a lot of your product in the U.S., it’s probably going to cause you some problems. If you’re a U.S. consumer or company who sources any kind of raw materials or products from Canada, it’s going to cause you a problem, and the flip side is true,” said David Sacco, a practitioner in residence at the University of New Haven finance department.

Stephen Laskowski is president of the Ontario-based Canadian Trucking Alliance, which represents thousands of Canadian carriers. He told the Washington Examiner that because of the proximity between the two countries, trade is largely carried out by truck rather than air freight or cargo ships.

In fact, about 80% of two-way trade between the U.S. and Canada is shipped using trucks, according to Canadian estimates.

Laskowski said that more than 1 in 10 truckers in Canada are currently unvaccinated, which could spell major problems for importers and exporters.

Claude Barfield, a senior fellow at the American Enterprise Institute, said the effects of the mandates will come down to the number of U.S. and Canadian truckers who are vaccinated or who might get inoculated as a result of the mandates’ imposition. He said that if vaccination rates are high, then it might not be a huge deal for trade between the two countries.

The trucking industry is already a strained one, and the American Trucking Associations has been steadily sounding the alarm that there is a major truck driver shortage. Chris Spear, the president and CEO of the association, estimated last year that the industry is now down a record high of about 80,000 drivers amid the global supply chain crunch.

One potential effect of fewer truckers in general and soon-to-be fewer truckers crossing the northern border is on prices. The U.S. is currently suffering 7% inflation. A shortage of truckers to transport imports would lead to a scarcity of goods and higher prices.

Bob Costello, the association’s chief economist and senior vice president of international trade policy and cross-border operations, said in a statement to the Washington Examiner that the governments of the U.S. and Canada should reconsider the vaccine mandates to “avoid any further economic disruptions.”

“We believe these mandates will only serve to push drivers out of the industry or away from these routes, further straining the supply chain between the U.S. and our biggest trading partner,” he said.

There is always a chance that the cross-border mandate policies could change as a result of the deleterious effects that they may have on both countries’ already strained supply chains, although Laskowski said that as of now, his group has had “no indication” from the Canadian government that it is considering a change to the policy.

Still, goods that might be typically shipped using truckers from the U.S. into Canada might be provided by other sources.

CLICK HERE TO READ MORE FROM THE WASHINGTON EXAMINER

For instance, if the mandate causes scarcity of a certain good from the U.S., importers in Canada could turn elsewhere. Barfield said that while it depends on what the sector is and the individual good in question, it could turn out that it isn’t so hard to import the same item from other places, such as Europe or Asia, rather than the U.S.

“The problem for this is, you have to know the disaggregation of what is going there and what are the alternative sources of imports for them,” Barfield told the Washington Examiner.

Logistics in 2022: Technology Further Rides to the Rescue – Fleet Management