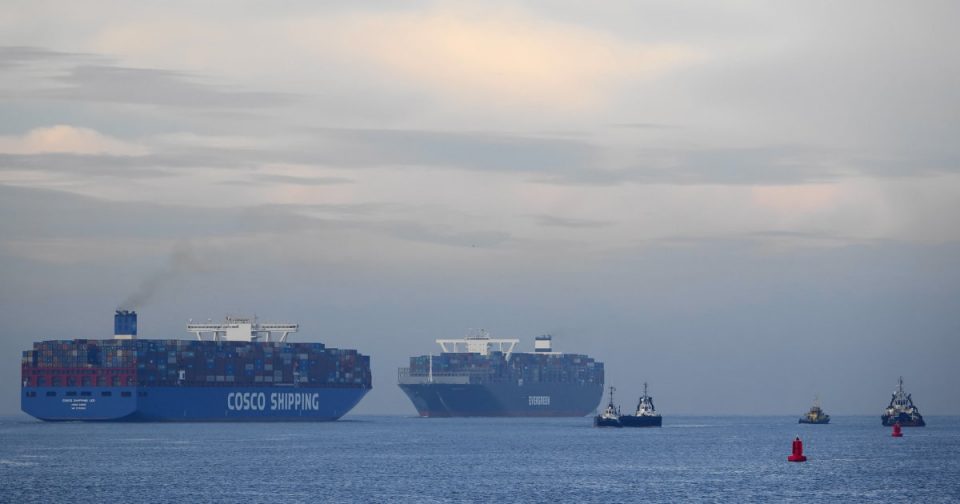 Talking to shipping company representatives or other participants in the maritime trade chain these days means experiencing an industry in turmoil. “Only a few days to IMO 2020” is one of the most widely used phrases.

IMO 2020 is a directive of the International Maritime Organisation (IMO), which is due to enter into force in January 2020. These new set of rules require that the sulphur content of marine fuels — previously heavy fuel oil in particular — be limited to 0.5 percent. So far, a limit of 3.5 percent was in force; on average, a share of about 2.5 percent was used.

Sulphur oxides in the air are responsible for acid rain, but also for poor air quality leading to asthma or even premature death. With IMO 2020 they should be reduced by an amazing 80 percent.

The new, more stringent sulphur limitation was not easily enforced, because it comes at a cost to the industry. The shipping companies basically have three adaptation strategies left:

The installation of “scrubbers” is expensive. And for the global use of alternative propulsion systems in the short term, probably only LPG (Liquified Petroleum Gas) is really an alternative since there are already some ships using it. But the necessary infrastructure, that is refuelling stations, is not yet up to match global demand. In addition, both “scrubbers” and LPG engines require conversions that reduce the loading space of ships.

Therefore, the industry expects that the majority of ship owners will simply use low-sulphur fuels. That should lead to additional costs of 60 billion dollars, as Edmund Hughes, head of Air Pollution and Energy Efficiency at IMO‘s Marine Environment Division, suggests.

The increasing demand for low-sulphur fuels and the resulting increase in prices will also have consequences for other industries. The heavy oil used to date is a residual oil, which is leftover from processing crude oil to diesel, gasoline and kerosene. As a result of the additional demand in the shipping industry, the fuels are likely to become more expensive for trucks and aeroplanes. Demand (and prices) for heavy oil, therefore, is expected to shrink. It could then be used cheaper and more extensively in other industries, such as cement production or power generation. Whether this is sustainable development in the long term remains to be seen.

IMO 2020 is a step in the right direction, says Greenpeace International, but it is far from enough.

In fact, the urgent problem of reducing greenhouse gases is not addressed with IMO 2020. The share of tankers, freighters, container ships and cruising vessels accounts for more than 2 percent of the global emissions of greenhouse gases, a similar proportion to aviation. And it is expected to rise in the near future.

So the industry’s response to the climate crisis is not IMO 2020, but IMO 2050. This agreement aims to reduce greenhouse gas emissions by at least 50 percent by 2050 (of 2008 levels) and, if possible, to achieve complete decarbonisation, i.e. a reduction in emissions from burning fossil fuels to zero, as soon as possible.

Not binding enough, not ambitious enough, no agreed timetable for greenhouse gas reductions, and halving them by 2050 is much too late, those are the allegations of numerous environmental NGOs in response to IMO 2050.

And which propulsion systems should ensure complete decarbonisation in the near future is completely unclear at present. Currently, only LPG seems feasible, but its potential is in question due to its methane content. Methane has a much greater negative impact on the atmosphere than carbon dioxide, albeit degrading faster. And in use it can cause “methane slipping”, when non-burnt LPG escapes through a ship‘s exhaust into the atmosphere, wiping out any emission reduction advances.

Tests with battery-powered electric and hybrid engines and with hydrogen-based fuel cells are well advanced. Variants that use methanol or ammonia are also being tested. And also wind power, the oldest of all types of propulsion at sea, is experiencing a renaissance. Ship prototypes using towing kites or Flettner rotors are developed. Japanese researchers have even developed a sailing ship that not only uses the power of the wind to propel it but also produces hydrogen while driving.

And a remarkable trend to revitalise maritime trade with classic sailing ships comes as a speculation on a time when globalisation is replaced by localisation again, where cheap mass-produced goods are no longer imported from China but produced by domestic 3D printers at home instead, and the remaining part of sea freight is transported with zero emissions by sailing ship. (See also our interview with EcoClipper founder Jorne Langelaan in this dossier.)

But, of course, efficiency gains in today’s maritime trade also contribute to a relative reduction in emissions. Today’s container ships can load up to 20,000 standard containers, twice as many as ten years ago. Norwegian maritime classification company DNV GL, alongside Chinese Hudong-Zhonghue Shipbuilders, has recently announced the construction of a container ship capable of carrying up to 25,000 standard containers, powered solely by LPG.

Even new marine paints, which envelop the hulls of ocean liners with an air cushion, promise a more efficient use of fuels.

A coalition of shipping companies announced the development of a Carbon Capture & Storage alternative that filters and stores carbon dioxide on board. The retained carbon dioxide is turned into dry ice in a cryogenic process. It is then brought ashore and later sunk into the seabed, where it is said to be stored safely and permanently.

And even an introduction of a speed limit for ocean-going ships, as recently suggested by France’s President Macron, could almost immediately have a positive effect on greenhouse gas emissions reduction without any need for retrofitting.

However, one question mark remains behind the effects of sulphur limitation on climate. sulphur in the atmosphere, unlike carbon dioxide, methane and other greenhouse gases, has a cooling effect, wrapping earth like a thin veil, thereby reducing solar radiation.

The desperately needed shift towards climate-friendly shipping is therefore likely to depend on achieving the goals of IMO 2020 and IMO 2050 not just as quickly as possible but also as simultaneously as possible.

A historic week for US trade, American workers