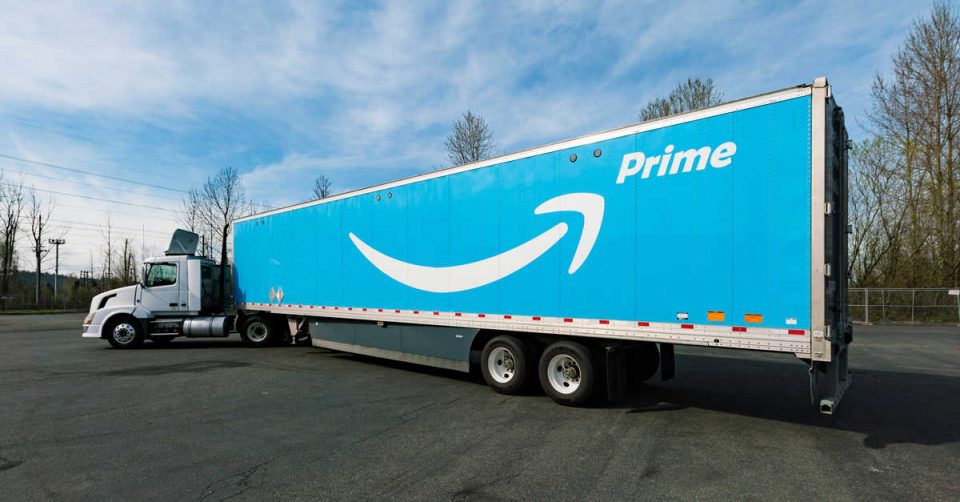 Combining a host of services, Amazon is lots of things to different people. The company is unique and there’s nothing quite like it. Focusing on providing a varied range of services such as e-commerce, cloud computing, digital streaming and artificial intelligence (AI), the US-based company’s influence is felt worldwide. With approximately 647,500 employees, 288.4 sq.ft of real estate and consisting of almost half of the online retail in the US, Amazon is considered one of the “Big Four” alongside Google, Facebook and Apple. However, now, it seems Amazon is adding another string to its extensive bow as the global giant enters the third-party logistics carrier (3PL) market.

Originally founded in 1994 by CEO Jeff Bezos, Amazon has significantly transformed its services throughout the years, from its early beginnings as an online bookshop in Seattle to becoming the global powerhouse it is today. It conducts business in a number of different areas and ways. These are: Amazon Logistics — its fulfilment and logistics platform, Amazon Web Services (AWS) — its cloud computing infrastructure, Amazon Prime — its loyalty programme and Amazon Retail — its online shopping function. However, the key question remains: can Amazon primarily be considered a logistics company?

Following the TJI Research’s report in April which revealed that select shippers in Chicago, Los Angeles and New York were invited to use Amazon Shipping, the service began offering 50% cheaper shipping rates than UPS for some sellers. As a company that is versatile and seemingly transforms at will, Amazon made the decision to directly compete with third-party shipping companies and reduce sellers’ reliance on firms such as FedEx and UPS. Previously, UPS handled 62% of Amazon’s total traffic, with Amazon just dealing with 10% of its own shipping traffic, however, change is afoot as the tech giant seeks to support its own Prime fast-shipping programme.

In the US alone, Amazon’s warehouse and distribution centres total 386 facilities, as well as 159 fulfilment centres, 47 inbound and outbound sortation hubs as well as 52 Prime Now hubs and 115 local delivery stations, according to data by MWPVL International. Taking this figure worldwide, Amazon boasts 850 facilities in 22 countries, consisting of 220mn sq.ft, while comparatively speaking, UPS has around 1,000 package handling facilities with approximately 68mn sq.ft.

Amazon’s fulfilment process begins when products arrive on tractor trailers and travel inside on conveyer belts as they start the process of reaching the all-important final destination: the customer. Following the product’s journey along the conveyer belts for packaging, the box is packed and weighed before then being loaded onto Amazon trucks to bring the orders from fulfilment centers to sortation centers. Amazon’s planes take to the air from 20 airports across the country, packages are loaded onto metal containers that holds hundreds of boxes in slotted stacks. With each plane having the space to carry over 30 containers, Amazon has the capacity to back up any influx of orders. To handle this, Amazon now offers a one-day delivery option for Prime members, in a bid to deal with the quick turnaround and process orders more efficiently.

However, despite this one-day delivery service, Amazon still didn’t feel this was quick enough. At the re:MARS conference (Machine Learning, Automation, Robotics and Space) in Las Vegas earlier this year, Amazon unveiled its latest Prime Air innovation: drones that deliver straight to customers’ doors. The drones, which are fully electric and can fly up to 15 miles to deliver packages under five pounds to customers in less than 30 minutes, are the latest example of Amazon’s determination to push what is possible. But, despite the implementation of new technology such as AI and machine learning (ML), Amazon does also consider its sustainability drive as it seeks to achieve “Shipment Zero” and aims to ensure all of its shipments become zero carbon, as well as harbouring the aim of achieving 50% of all its shipments net zero by 2030.

Speaking exclusively to Supply Chain Digital, Kiri Masters, Founder & CEO of Bobsled Marketing, a digital agency that helps consumer product brands grow and protect their Amazon marketplace channels, believes it’s become clear that Amazon has become a major player in the logistics space. “Five years ago, UPS and FedEx didn’t consider Amazon to be a competitor to them. However, during that time it has become obvious that Amazon is a fulfilment competitor, both at the sort of high-level logistics level as well as getting packages into the hands of customers,” explains Masters. “Amazon has invested a lot of money into their fulfilment network starting with their warehouses and now have over a hundred warehouses or fulfilment centres in the US, as well as dozens more internationally too.”

Having authored books on Amazon, such as ‘The Amazon Expansion Plan’ and ‘Amazon for CMOs’ as well as regularly contributing to Forbes, Masters is well-placed to provide insight into how Amazon conducts operations. “Amazon’s stores purchase inventory from the brand, hold it at their fulfilment centres and then complete each order as they come in,” she says. “Then, when they’re running low on inventory, they’ll repurchase from the brand. Over the last 10 years, Amazon’s unit sales have shifted from being largely sales from these retail relationships with brands to a marketplace model where today over 50% of units sold on Amazon are actually sold by third party merchants on Amazon’s marketplace. I believe that part of the reason for a big shift in the makeup of third-party sales versus first party retail sales is Amazon’s fulfilment capabilities.”

“In short, I believe that Amazon is definitely a fulfilment company,” she summarises. “Based on the fact that they not only fulfil their own items purchased from brands as a first party, they also open up their fulfilment centre network to third party merchants and allow these merchants to leverage Amazon’s fulfilment infrastructure. It’s very similar to what they did with AWS, which is an enormous and very profitable part of their business. They created their own cloud computing infrastructure to be used internally within Amazon. This then led to them selling that to other businesses and enterprises and is how its fulfilment and logistics division originally began too.”

So, with all this considered, can Amazon ultimately be considered not just any logistics company, but one of the biggest globally? When asked for comment, an Amazon spokesperson said: “Amazon uses a variety of operational models to get packages to customers, including traditional carriers and independent local delivery companies. Amazon Logistics is comprised of small and medium sized businesses that enable us to supplement capacity to serve our growing customer base as well as enable faster delivery options such as one-day, same-day and even one-hour delivery for customers.”

Whatever the future for Amazon, it’s clear the giants are showing no signs of slowing down.

For more information on all topics for Procurement, Supply Chain & Logistics – please take a look at the latest edition of Supply Chain Digital magazine.