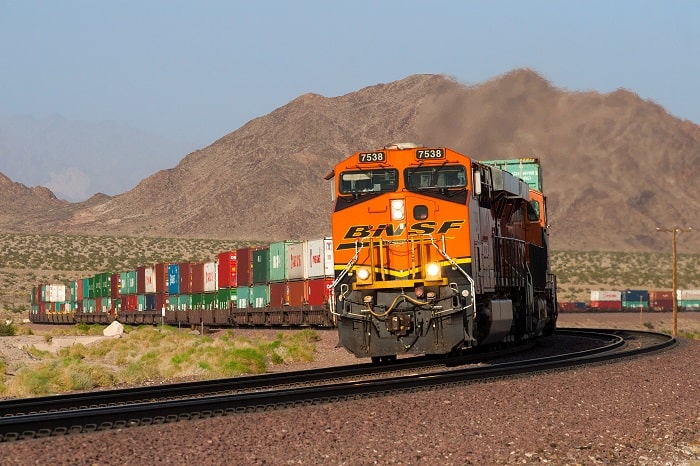 The California Air Resources Board (CARB) is stepping up efforts to reduce emissions from locomotives and railyards. Starting Nov. 20, the agency will hold a series of public meetings and workshops on draft concepts, with an eye toward drawing up a path to implementation in 2020.

One is lack of federal action to reduce pollutants and greenhouse gas emissions for locomotive use, idling and maintenance.

In 2017 CARB petitioned the U.S. Environmental Protection Agency to tighten federal emissions standards for locomotives. The agency has acknowledged the petition but has yet to take action.

The rail initiative is also part of a broader effort to slash emissions from freight facilities.

During its December 2019 Board meetings, CARB officials will consider new emissions regulations for docked ocean vessels and a draft environmental analysis connected to the Advanced Clean Truck regulation, which would require heavy-duty truck manufacturers to sell a certain percentage of zero emissions vehicles.

Another concern is that an increase in rail traffic is leading the railroads to increase use of older, dirtier “Tier 0” and “Tier 1” locomotives.

All these factors “highlight the need for a new strategy to address interstate line-haul locomotive emissions across the State,” Caesar said.

The new CARB concepts, developed in partnership with the South Coast Air Quality Management District, build on existing agreements with Class I railroads to reduce emissions from locomotives.

Those efforts have met with good results, said Lena Kent, a spokesperson for BNSF Railway.

BNSF is also working on a clean technology pilot project that will deploy the nation’s first battery electric locomotive, operating from Stockton to Barstow, along with an electric drayage truck and gantry cranes at BNSF’s San Bernardino and Stockton intermodal facilities.

The pilot is funded by a $22.6 million CARB grant awarded to BNSF through the San Joaquin Valley Air Pollution Control District.

Hunt acknowledged that the dirtier Tier 1 locomotives and some Tier 0 locomotives have been used to help meet increased demand for freight service in Southern California but emphasized that the railroad is also using cleaner Tier 2 and newer locomotives “to the extent possible.”

Locomotive deployment is complex, Hunt added, and changes based on a variety of factors such as car volumes, weather, congestion, grade, train types, weight of cargo and locomotives in storage.

A focus on air quality in poor communities

In keeping with its broader emissions reductions strategy, CARB’s petition to the EPA highlights the impacts of diesel and NOx pollution on disadvantaged communities in Southern California.

“We cannot deliver on our collective responsibility to improve conditions on the ground for overburdened communities without new action by U.S. EPA to require a transition to zero and near-zero emission locomotives,” the petition states.

Federal regulation of railroad emissions is relatively new, with the first standards (governing Tier O-2 standards) adopted in December 1997. The most recent standard, Tier 4, was adopted in 2015.

CARB vs. the Trump Administration

CARB’s petition to further tighten those regulations comes as California is locked in a battle with the Trump Administration over the EPA’s revocation of a waiver allowing the state to set its own emissions standards for passenger vehicles.

The waiver and petition are conceptually related because California is concerned about transportation-related pollution in general and greenhouse gas emissions in particular. But the legal processes are completely different, Thad Lightfoot, a partner and environmental attorney with Dorsey & Whitney, told FreightWaves.

The waiver is authorized in the Clean Air Act, so there is no clear process for EPA to deny the waiver, Lightfoot explained.

By contrast, there is no similar waiver for locomotive emissions. And given the current political climate, getting EPA to approve the petition will be an uphill battle, he said.

“If EPA had any inclination to act, they are probably even less inclined now because of the auto emissions waiver.”

CARB’s Nov. 20 meeting on the locomotive and railyard concepts will be held in Los Angeles.

Can a Logistics Facility Stay in Sync without Spreadsheets and Radios?? – New Products and Services – DC Velocity

Carlos Sullivan is being recognized by Continental Who’s Who