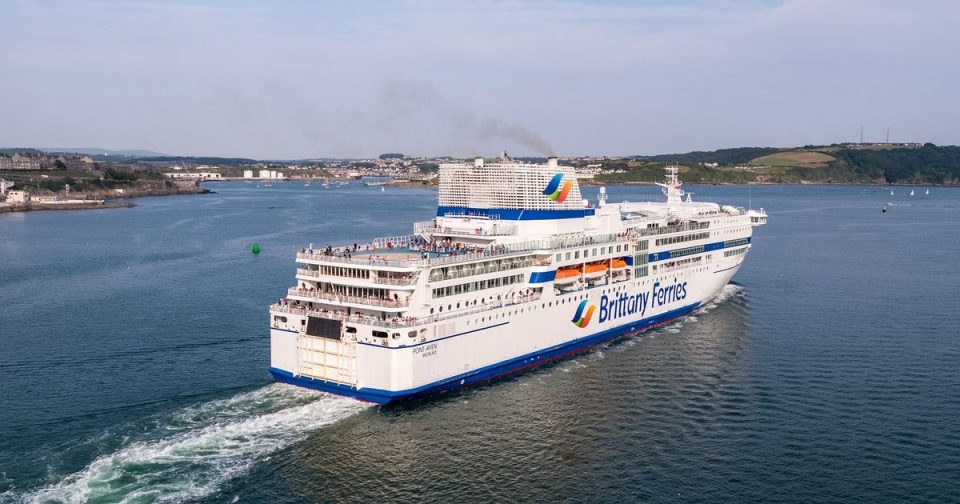 Brittany Ferries is predicting an increase in freight traffic between the UK and the Continent after suffering a major decline in passenger traffic.

The Plymouth-headquartered company said it had experienced “a season to forget” for passenger traffic, following the Government’s imposition of two-week quarantine restrictions on people arriving in the UK from France and Spain.

But Brittany Ferries stressed that freight has kept on rolling. The company – which serves France, Spain, Ireland and the UK – has had a “steady” 2020 and is looking forward to 2021 with positive signs from the marketplace.

Several major customers have indicated their intention to increase business next year, the firm said. This could amount to an additional 15% of freight traffic on routes connecting the UK with Spain and 15% on its Ireland to Spain link. In total the company carries about 210,000 units across its 12-route network each year.

“The Brittany Ferries freight team has worked tirelessly throughout the Covid-19 crisis to guarantee the supply of essential products like food and medicine,” said Simon Wagstaff, group freight director for the company. “It’s an important part of our portfolio because freight comprises around a quarter of the company’s annual turnover and our customers rely on us to maintain essential cross-border links.

“Based on the reaction of the marketplace – and the support of our loyal freight customers – we are looking forward to a positive 2021.”

Brittany Ferries opened a sea route connecting Ireland with Spain for the first time in 2018. Originally operating from Cork to Santander, the operation moved to Rosslare-Bilbao earlier in 2020 in response to demand from freight customers.

That decision has borne fruit and demand is expected to continue to grow as more companies in Ireland and the Iberian peninsula look for a Brexit by-pass to escape the UK land-bridge.

Cork meanwhile continues to serve passenger traffic, with the company’s flagship cruise ferry Pont-Aven returning in 2021 for the holiday season. The service has now connected with company headquarters in Roscoff, Brittany, for more than 40 years.

More positive news for freight concerns routes connecting the UK with Spain. The company’s newest vessel, Galicia, will enter service in December with a vast garage hosting more than 3km of lanes, accommodating up to 155 trailers.

You can sign up to receive daily morning news bulletins from the region and we’ll send out breaking news alerts for any stories we think you can’t miss.

Visit our email preference centre to sign up to all the latest news from BusinessLive.

He is based in Plymouth but covers the entire region.

William has more than a decade’s experience reporting on the business scene in Plymouth and the South West.

In addition to serving UK to Spain, Galicia will make one weekly rotation between Portsmouth and Cherbourg. This cross-channel service will be just one of many to serve the freight market next year, the most popular being its Caen-Portsmouth workhorse – a route which carries nearly 50% of all freight traffic for the company.

The company’s foundations were built on transporting goods. In 1967 a farmer from Finistère, in Brittany, Alexis Gourvennec, succeeded in bringing together a variety of organisations from the region to embark on an ambitious project: the aim was to open up the region, to improve its infrastructure and to enrich its people by turning to traditional trading partners such as Ireland and the UK.

In 1972 BAI (Brittany-England-Ireland) was born. The first cross-Channel link was inaugurated in January 1973, when a converted Israeli tank-carrier called Kerisnel left the port of Roscoff for Plymouth carrying trucks loaded with Breton vegetables such as cauliflowers and artichokes.

The Brittany Ferries story therefore began with freight, on January 2, 1973, 24 hours after Great Britain’s entry into the Common Market (EEC).

Brittany Ferries, as the company was re-named, quickly opened up to passenger transport, then became a tour operator.

Fire breaks out at plastic factory in Kolkata’s Chitpur

Consultant Insight: Will 2020 be life changing or mean life support for air cargo?

In the short term, Demand for EVs will Likely Grow More Rapidly than Demand for Conventional Vehicles